ZEE5 Global has announced its entry into Bangladeshi productions after a successful launch of two Pakistani originals on its largest OTT platform for South Asian content. All these shows are available to ZEE5 Global subscribers in over 190 countries.

Mainkar Chipay, a dark-comedy thriller movie will be the first followed by three more new Bangladeshi content projects over the next few months.

Archana Anand, Chief Business Officer, ZEE5 Global announced this at a star-studded virtual press conference where the trailer of Mainkar Chipay was unveiled.

“Bangladesh has an immense pool of talented directors and artistes and rich cultural stories. We have brought together the best of talent from Bangladesh to create these unique narratives which are sure to resonate with viewers, not just in this region but across the globe”, she said.

Former Minister of Cultural Affairs of Bangladesh, Asaduzzaman Noor who is a legendary veteran actor and Vice Chairman of Asiatic 360, as well as Ziaul Faruq Apurba, Nusraat Faria, Afran Nisho, Bidya Sinha Mim, Arifin Shuvoo and many more graced the event with their presence.

Very excited to kick off our plans for #Bangladesh with a massive announcement at a star studded press event today.@ZEE5Global Announces its First Four Bangladeshi Originals; #MainkarChipay to be launched on 9th Nov, 2020@AmitGoenka_ @ArchanaAnand_ pic.twitter.com/W5IneZ9DJI

Mainkar Chipay is directed by internationally acclaimed young filmmaker Abrar Athar. The edgy thriller was shot in a minimalist format with strict adherence to all guidelines during the COVID-19 lockdown.

“We’re super excited to shoot the first Bangladeshi original on Zee 5. The film was shot in record time and we wrote the script in a way that didn’t require a large crew or a lot of equipment. It’s a crime thriller comedy and we really hope people have as much fun watching it as we did making it.” said the director.

The film is set to release on November 9. 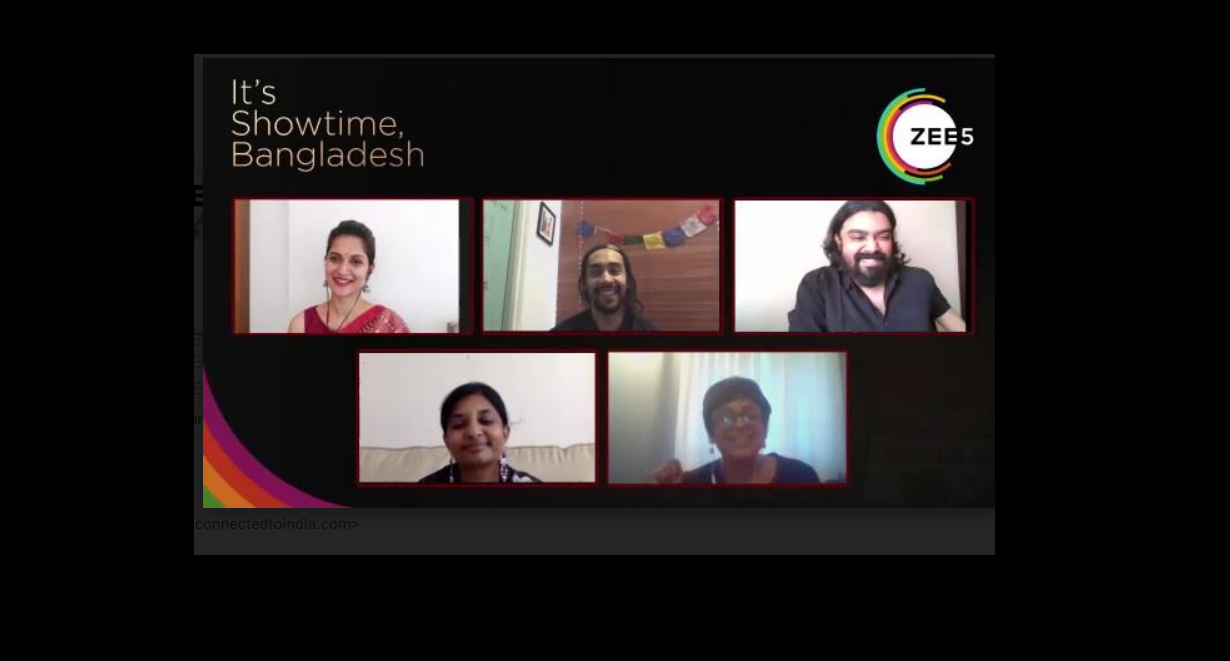 ZEE5 Global announced this at a star-studded virtual press conference where the trailer of Mainkar Chipay was unveiled. Photo Courtesy: ZEE5 Global

Amit Goenka, President, Digital Businesses & Platforms, ZEE Entertainment said, “Investing in local content that resonates with global audiences and building out strong local partnerships is high on our agenda this year. Bangladesh is a high priority market for us and we’re very glad to be rolling out our first set of Originals in this market today as a first step towards our vision for strong collaborations with this market”.

The Originals are being produced in partnership with Bangladeshi content agency Good Company Limited – An Asiatic 360 Content Initiative whose CEO Sarder Saniat Hossain, expressed his “delight to have been a part of a journey together with ZEE5 to take Bangladeshi content to global audiences”.

The other projects in the pipeline include: