Zaira is a gifted child and the best Indian actress today: Aamir Khan

Bollywood star Aamir Khan, in the Lion City to promote his latest flick Secret Superstar, was all praise for the leading lady - young Zaira Wasim who also starred with him in Dangal. He said, “She is a gifted child, she is the best actress in Hindi film industry today, I might get into trouble for saying this but that's the truth.” 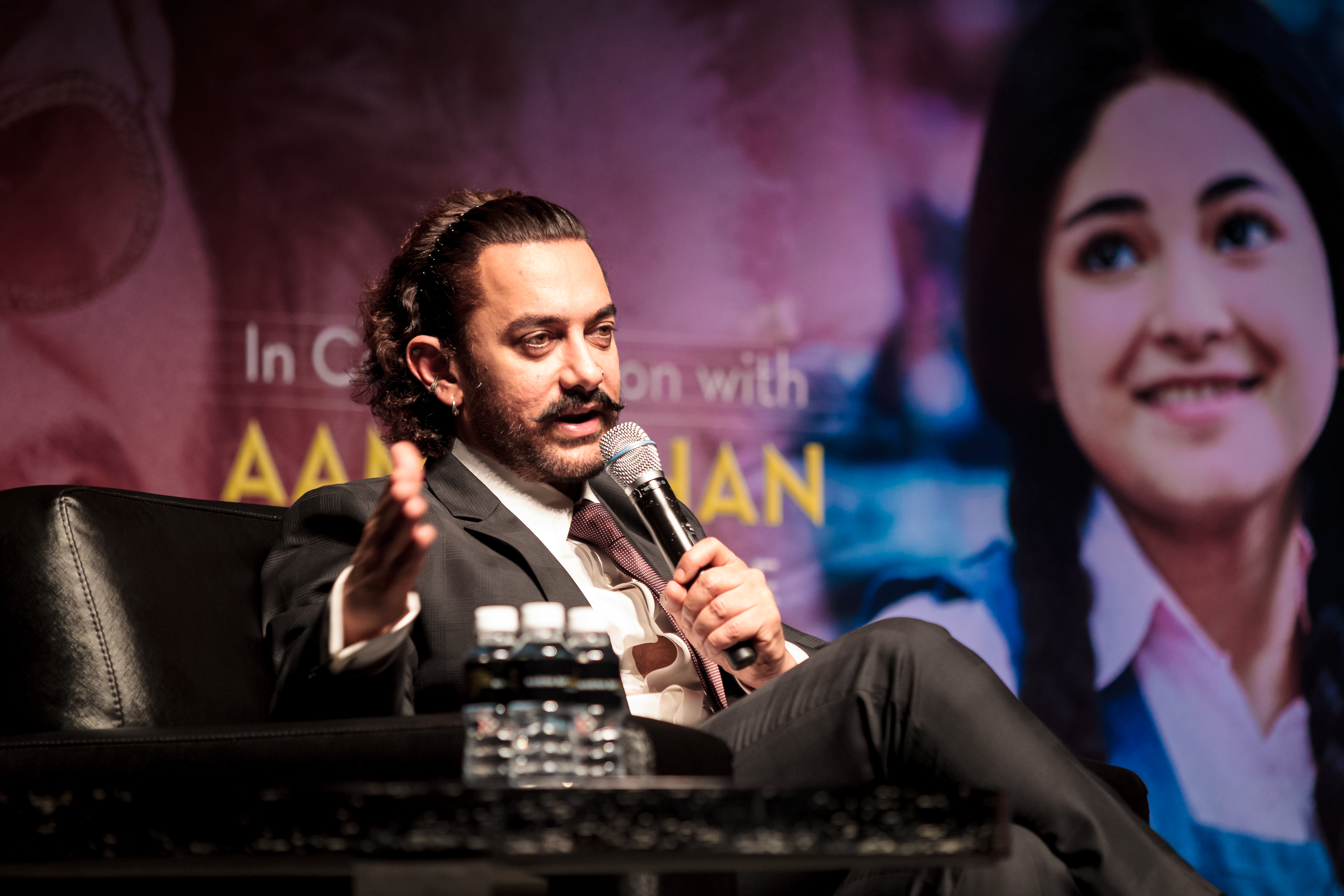 Aamir himself is known to get into the skin of a character and literally live as that role during shooting. In Dangal, he put on 27 kg, taking his total weight to 97 kg for portraying the role of wrestler Mahavir Singh Phogat. After that, he went on to lose nearly all of it in the span of five months to play a thinner and more muscular younger version of himself in the movie.

In Secret Superstar, Aamir portrays the character of ‘obnoxious music director Shakti Kumar who is flirtatious by nature and has the habit of sporting tight T-shirts’. Speaking about his role, he said, “When I auditioned, I was not certain if I was the right fit to play Shakti Kumar but after the audition, I was convinced and so was the team that I will fit the part.” He added that it was one of his toughest roles because nothing of Shakti Kumar's personality matched his own, but he enjoyed acting as an obnoxious Shakti in the film nevertheless.

Though famous for playing the romantic lead in most of his earlier Bollywood films, the versatile actor experimented with playing different characters and emerged successful post-Lagaan - the superb Victorian-era Oscar-nominated sports drama. Speaking about his forte in comedy, Aamir says, “I love doing comedy, it's been awhile since I did an out-and-out comedy film like Rangeela or Andaz Apna Apna; the inspiration for Shakti Kumar came from people around me; you can watch and take a guess.” Aamir did admit it's been awhile since he did a romantic film (Fanaa being the last one in 2006), but he does find romantic moments in every film that he does.

The film Secret Superstar is the story of a 14-year-old girl (portrayed by Zaira) from a small Indian town of Baroda, who aspires to be a world-renowned singer and changes the life of everyone around her in pursuit of this dream. The girl faces stiff opposition from her conservative father but the silent support of her mother coupled with her determination ultimately helps her realise her dream. The film will hit the screen in Singapore during Deepawali.

Aamir talked about his passion at a press conference in Singapore. He also interacted with students and advised them to discover their hidden talent and live their dreams without compromise.

Known for helping out fresh talents in the industry, he said, “I love working with a fresh team; that's what we do at Aamir Khan productions. We believe casting should be done on merit.”

The movie Secret Superstar follows the immense success of his previous film Dangal which has since become the highest-grossing Indian film worldwide. His other films which rained money include Dhoom 3, PK, Taare Zameen Par and 3 Idiots. 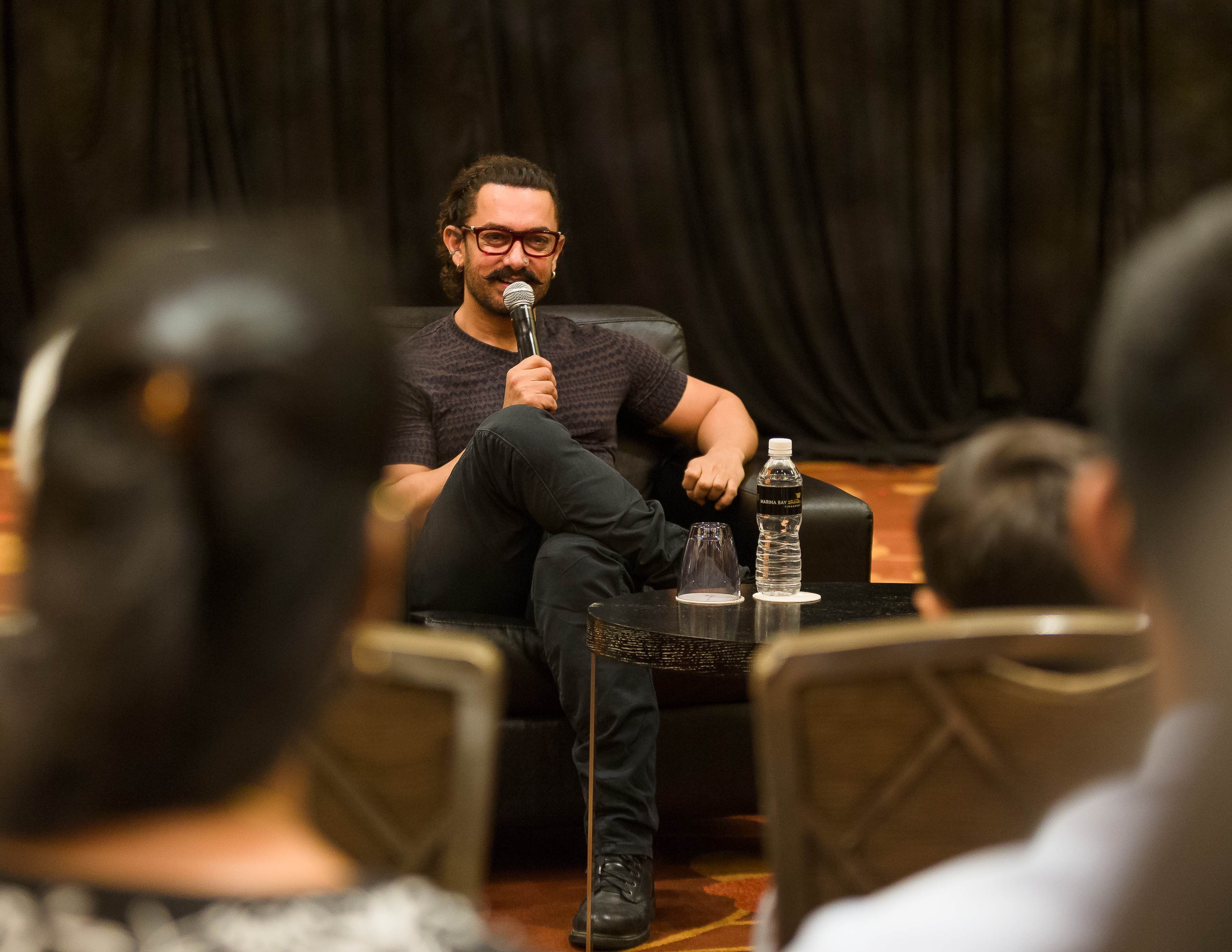 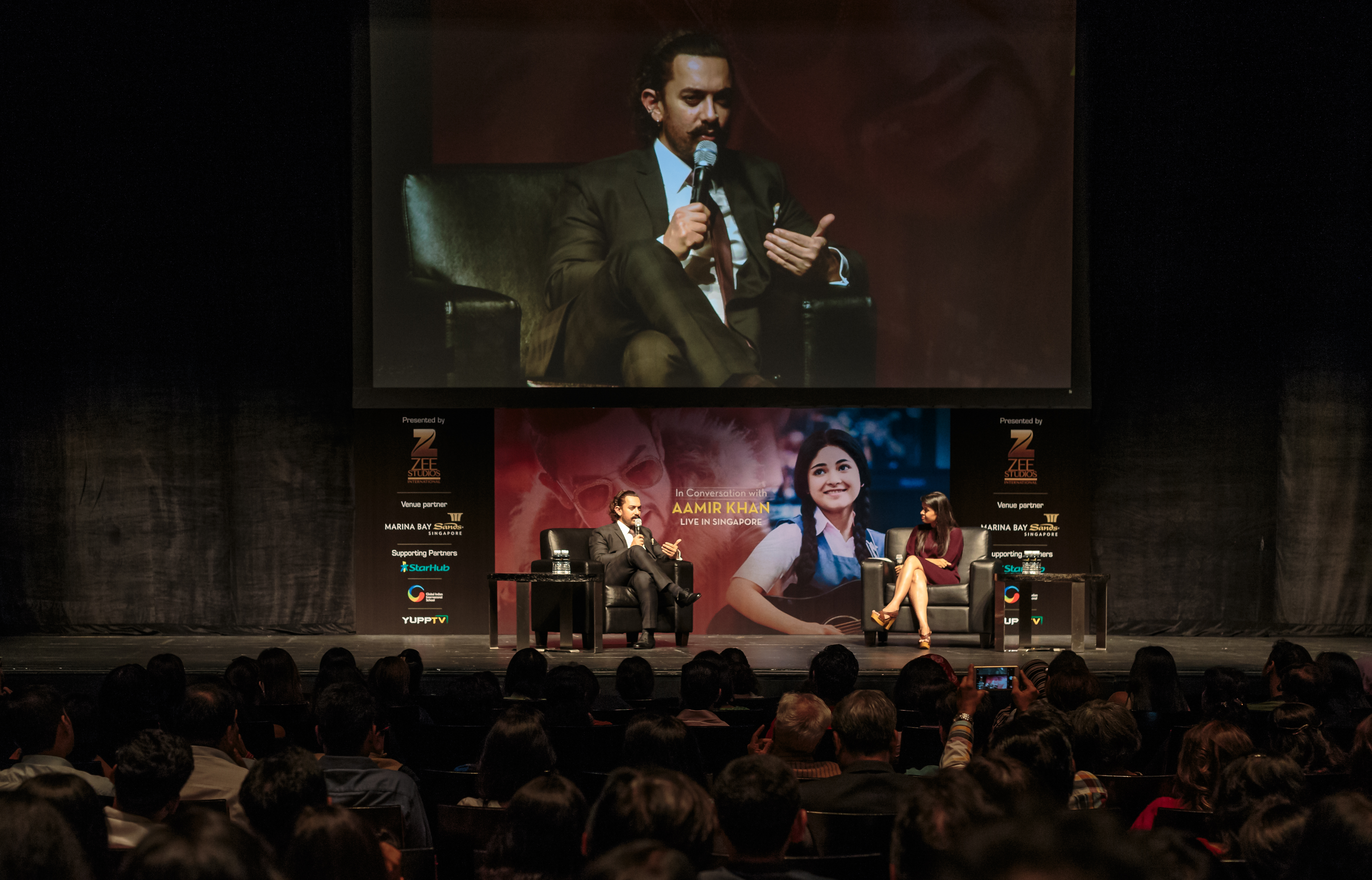 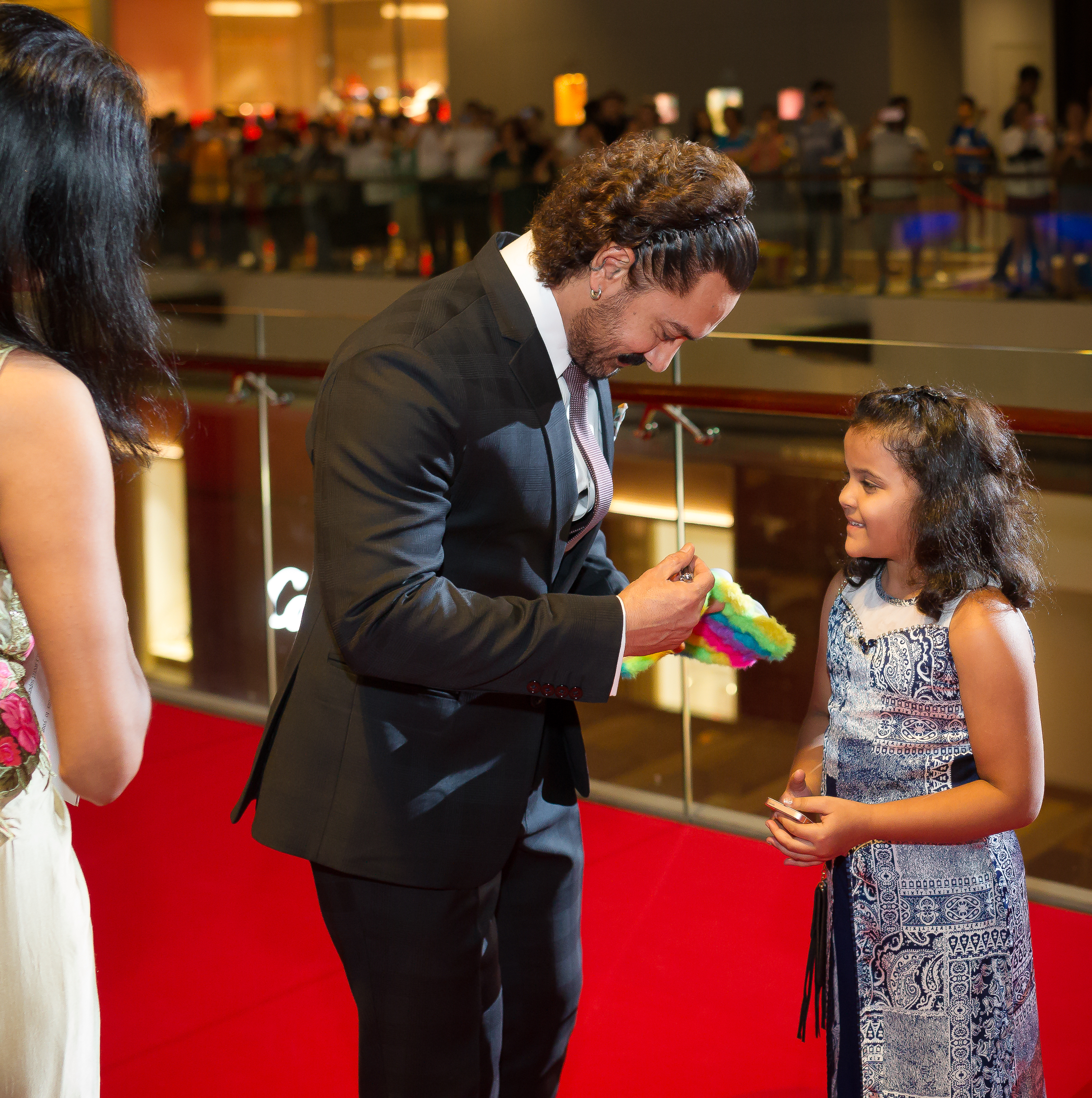 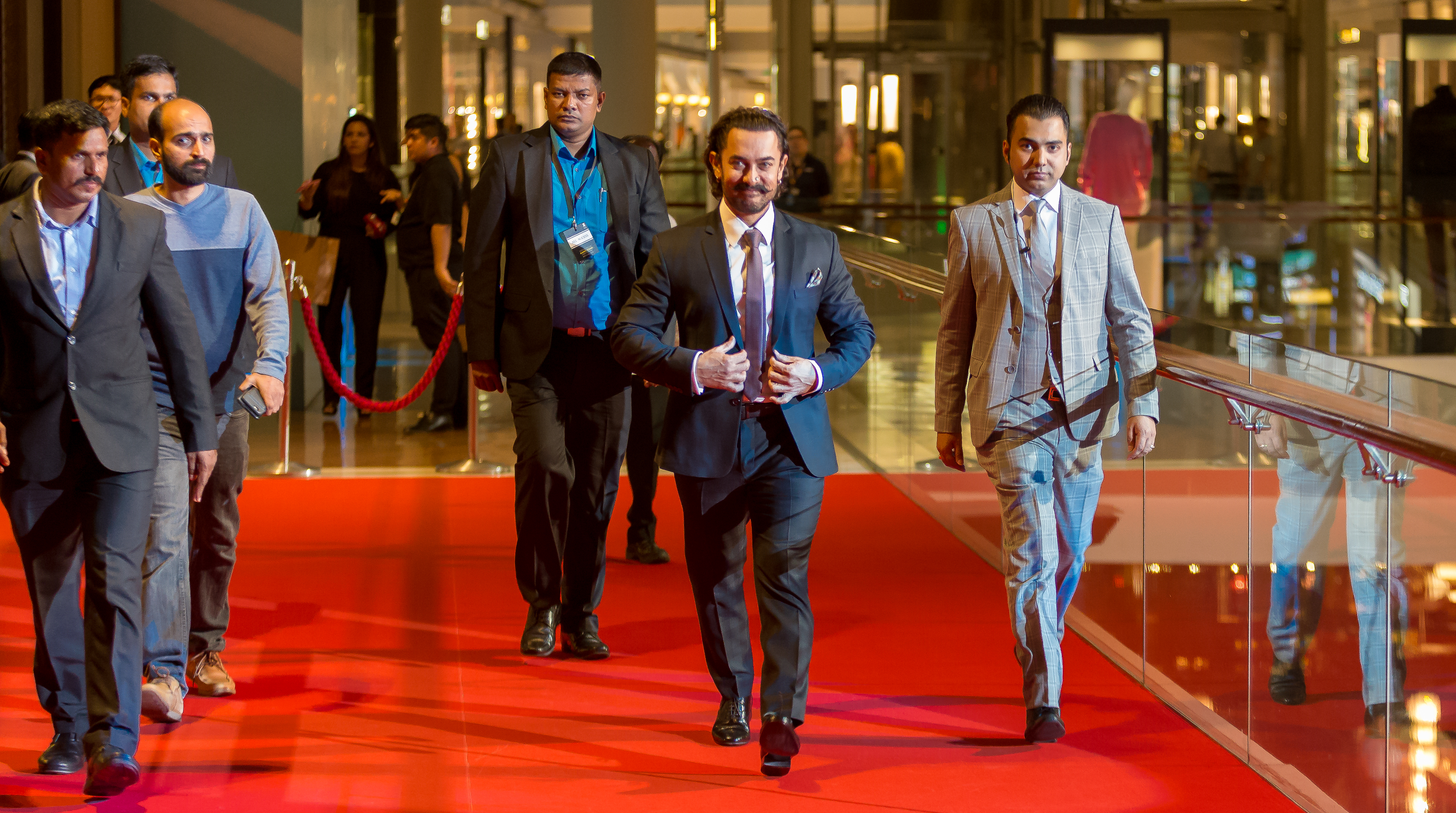 Aamir Khan was in Singapore interacting with the youth and promoting his latest film Secret Superstar. Photos courtesy: NIN9 Stufdios