Erigaisi, who had gone down to compatriot Vidit Santosh Gujrathi to make a losing start in the event, is currently in fifth place after eight rounds. The win over Norwegian superstar Carlsen in the seventh round was the Indian's first over the world champion. 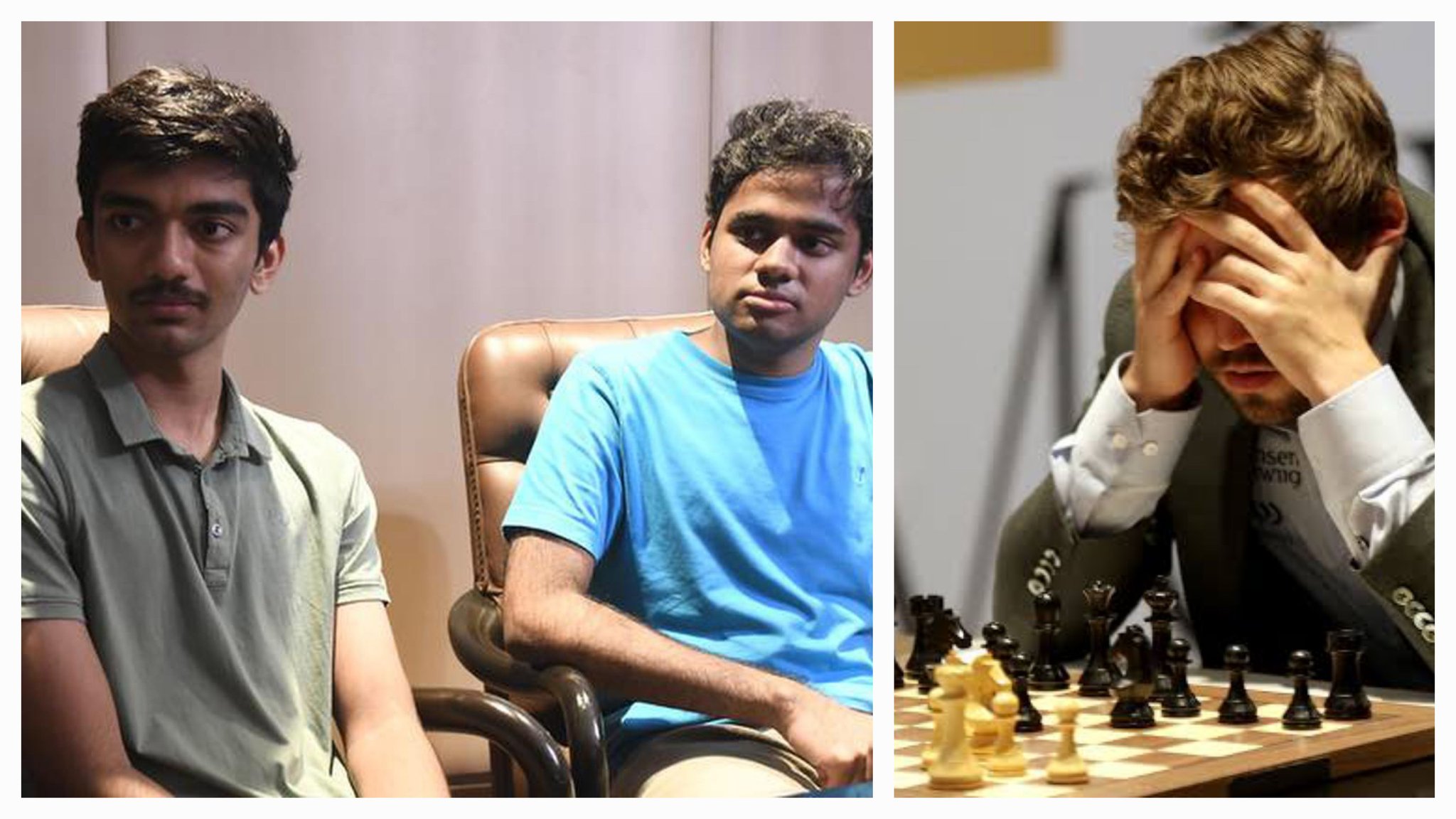 Indian teenager Gukesh made chess history as he became the youngest player ever to beat Magnus Carlsen as World Champion in round 9 of the event.

A level-headed teenager, Gukesh was critical of his play during the record-breaking game, as he noted: “Beating Magnus is always special, but I was not very proud of that game”.

Carlsen had the upper hand in a double-edged position, when an innocuous-looking move turned the tables in favour of the Indian.

He has 15 points and is in fifth place behind Uzbekistan's Nodirbek Abdusattorov (17 points), Shahkriyar Mamedyarov (Azerbaijan) and Carlsen (both 16) and Duda (15).

Erigaisi had last month lost to Carlsen in the final of the Julius Baer Generation Cup online tournament. His 54-move win over the world champion enabled him to bounce back after a slow start to the event and brought him back in the top eight.

The Aimchess Rapid tournament is part of the Meltwater Champions Tour and features 16 players, including five from India.