Yoga helps us gain control over our mind and body, says 9-year-old prodigy

The ancient Indian practice of yoga cuts across countries, cultures, communities and also ages. Meet 9-year-old yoga prodigy Ishwar Sharma - one of the youngest yet most active proponents of the practice and its benefits. Ishwar is an international performer who has won multiple yoga competitions across the world. 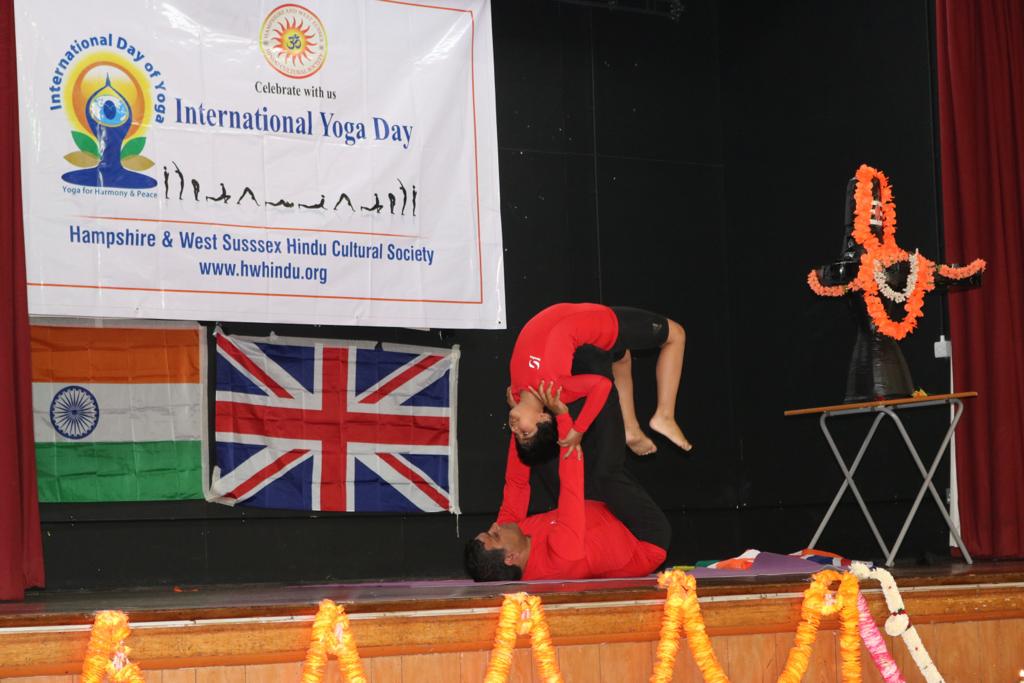 Some of Ishwar and Dr Vishwanath's innovations include Vedic yoga with choreography to music, Hatha yoga postures with acroyoga and artistic yoga. Photo courtesy: VIM

He, along with his father Dr Nanjundiah Vishwanath and his younger sister Indira, have taken the initiative to inspire children and adults alike to take up yoga as a daily practice, especially in the UK where they live. Some of their innovations include Vedic yoga with choreography to music, Hatha yoga postures with acroyoga and artistic yoga.

Their efforts to popularise yoga were most recently recognised this International Day of Yoga (IDY).

Ishwar was invited to perform at Victoria Tower Gardens in the heart of Westminster on Yoga Day (June 21) and also performed at the Hampshire and West Sussex Hindu Cultural Society’s IDY event the next day.

“International Day of Yoga has brought the yoga community to the forefront across the world,” said Ishwar. “There are a significant number of events celebrating yoga day involving different communities, not just Indians. People take pride and post their photos of yoga poses on social media. This yoga day in the UK, there was a big push for a yoga curriculum in schools and emphasis from National Health Services.” 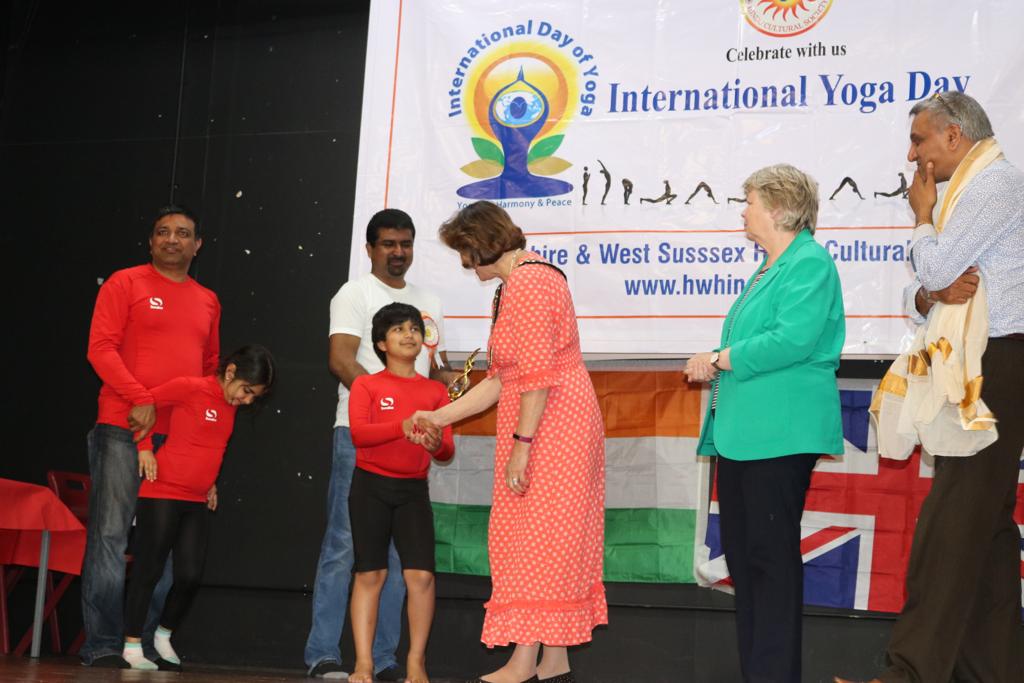 Ishwar was invited to perform at Victoria Tower Gardens in the heart of Westminster on Yoga Day (June 21) and also performed at the Hampshire and West Sussex Hindu Cultural Society’s IDY event the next day. Photo courtesy: iyogasolutions.com

His father, Dr Vishwanath believes in educating students to manage stress through yoga which can help them in all spheres of life. 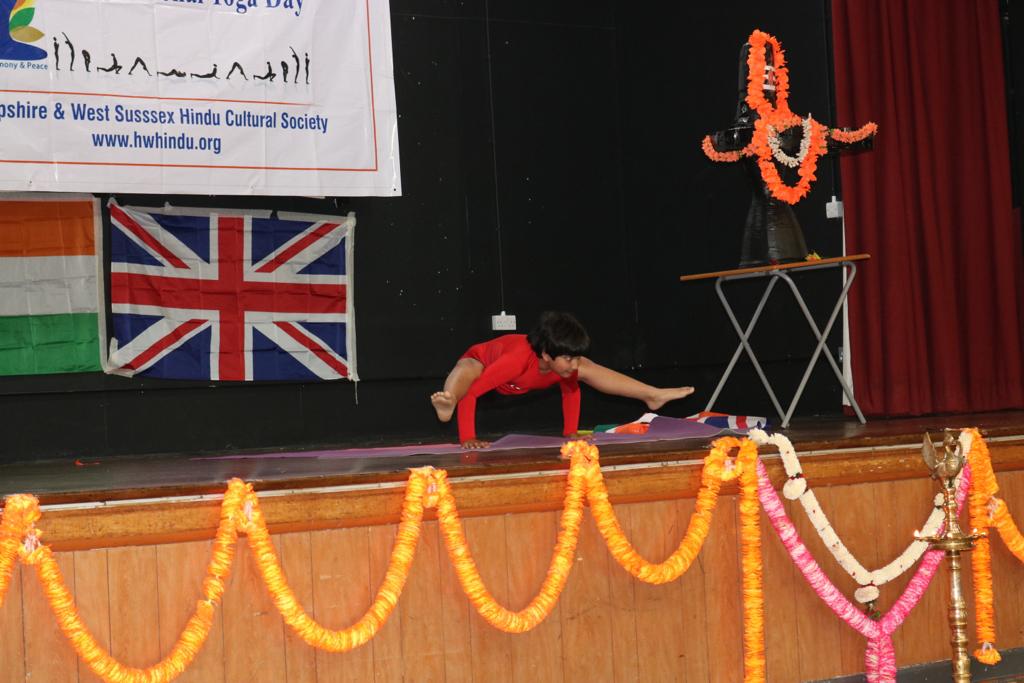 Ishwar will next compete in the World Championship in Bulgaria between June 28 - July 1 this year. Photo courtesy: iyogasoutions.com

The schoolboy from Kent also won the British Indian of the Year Award in 2018 and the British Citizen Youth Award in the House of Lords for promoting yoga across the community. Ishwar and Dr Vishwanath have also been invited to the UK House of Commons for a seminar organised by the All Party Parliamentary Group for Indian Traditional Sciences, supported by the High Commission of India in the UK, to help with the dissemination and popularisation of yoga.