Singapore Minister S Iswaran has once again emphasised the ever-growing relationship between India and the island nation on the occasion of the 5th International Day of Yoga. Iswaran, the Minister of Communications and Information as well as Minister of Trade Relations, was speaking at an event held at the West Coast Community Centre, where he led a yoga session. 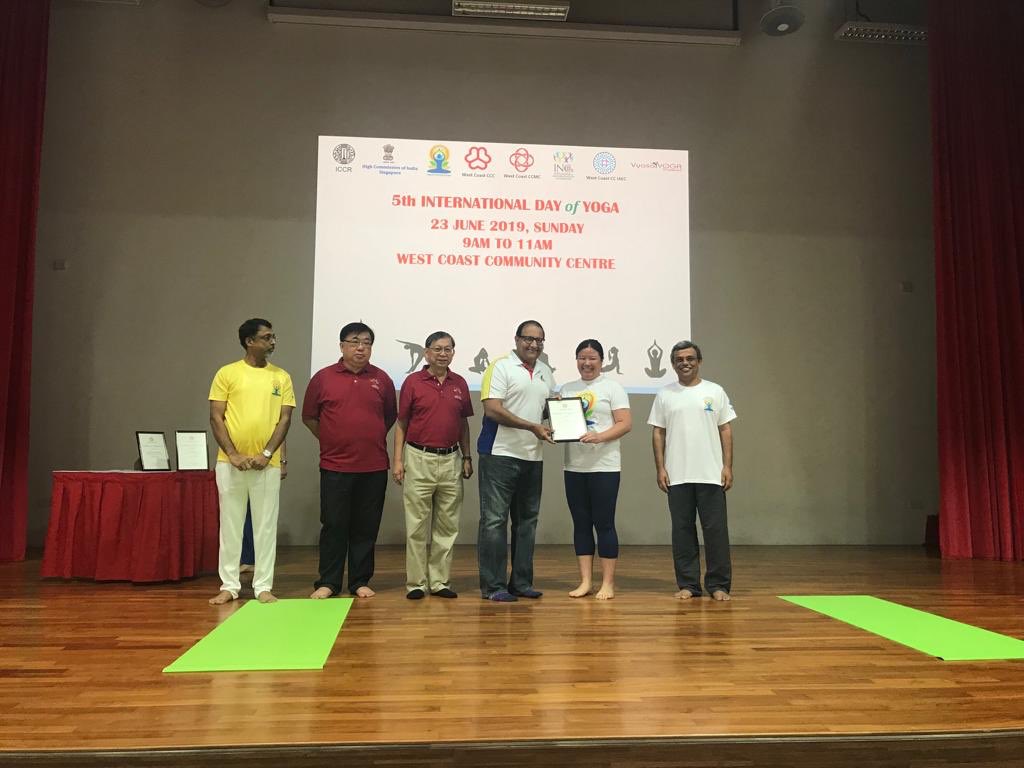 Minister Iswaran (centre) applauded the efforts of the Indian High Commission in Singapore and HE Jawed Ashraf (right) in bringing together local communities and societies to jointly host this year's yoga day celebrations from June 15-25. Photo courtesy: Twitter/@IndiainSingapor

“Our multi-racial society's celebrations of yoga and other Indian traditions underscore the growing bilateral relations the city-state has with India, which goes back centuries,” said Iswaran, who had just returned from an official visit to India.

The minister applauded the efforts of the Indian High Commission in Singapore in bringing together local communities and societies to jointly host this year's yoga day celebrations from June 15-25. Iswaran said that yoga was a global activity for people of different backgrounds and could prove to be a unifying force that Singaporeans identify with very closely.

"It is the openness with which we in Singapore approach yoga and many other cultural, linguistic and heritage traditions that are part of our Singapore tapestry," Iswaran added.

Honoured to have HE Minister S Iswaran join a session this morning. Thank him for his insightful message on the benefits of yoga and his strong support for it. With 200 sessions in 130 centres, IDY 2019 is truly a people-driven movement on Singapore. https://t.co/0VI9FCCex0

There were 200 yoga day sessions organised in Singapore this year. "Singapore is open to the ideas, to the currents of thoughts, cultures and traditions and makes its own, weave it into an incredibly beautiful Singaporeans identity. People have come across their identities and boundaries for a common cause,” said India's High Commissioner to Singapore Jawed Ashraf. 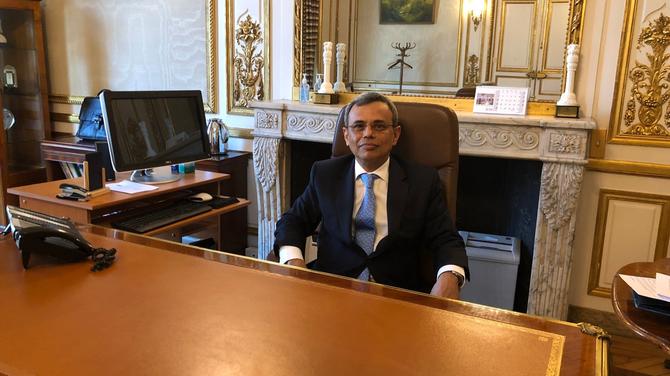