Yoga Day celebrations kick off across the globe

International Day of Yoga (IDY) might be on June 21, but people around the world seem to have started the celebrations early. Indian consulates in cities across the globe held yoga sessions and other events over the weekend.

“Across all continents, the #YogaDay2019 celebrations have begun with immense fervour. I urge you all to join the Yoga Day programmes in your respective nations and enrich the Yoga programmes with your participation,” Indian PM Narendra Modi tweeted.

Modi, who spearheaded the campaign that led to June 21 being declared as the International Day of Yoga by the United Nations, shared a series of photos from around the globe showcasing IDY celebrations on social media.

Here are some glimpses of the many events held over June 15-16 to mark Yoga Day: 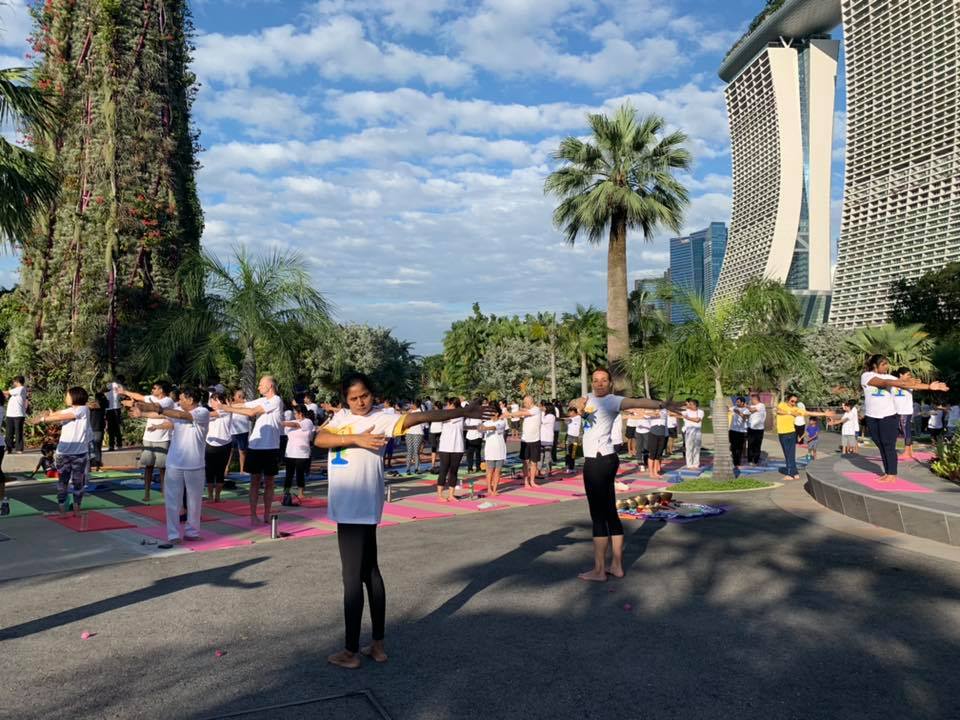 The International Yoga Day opening session was held at Gardens by the Bay in Singapore on June 15. Photo: Connected to India 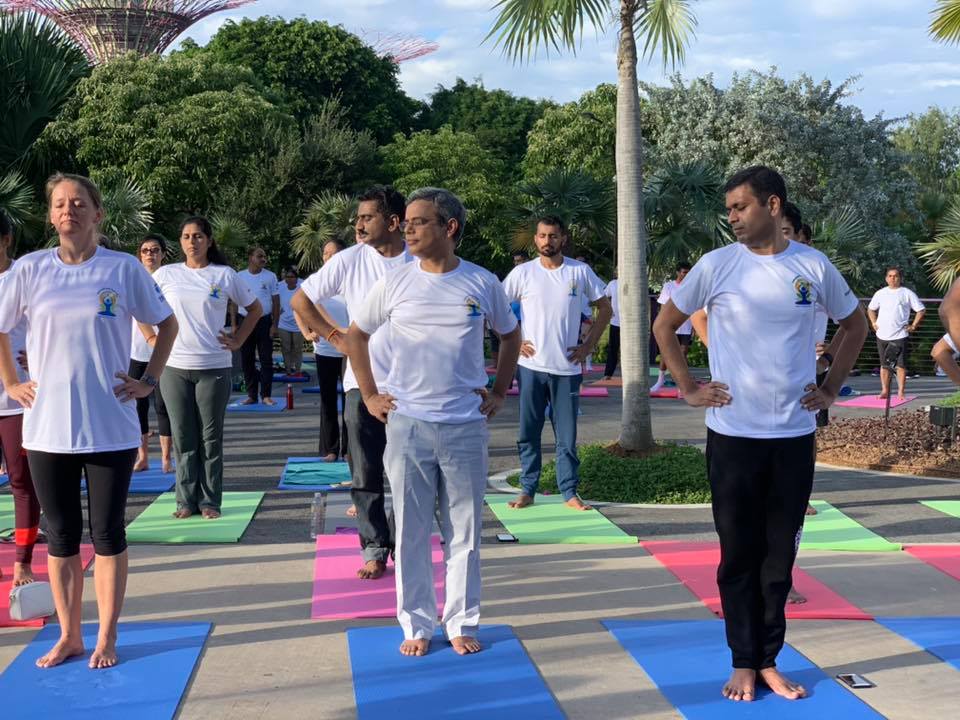 HE Jawed Ashraf, High Commissioner of India, Singapore (centre) participating in the Yoga workout at Gardens by the Bay. Photo: Connected to India 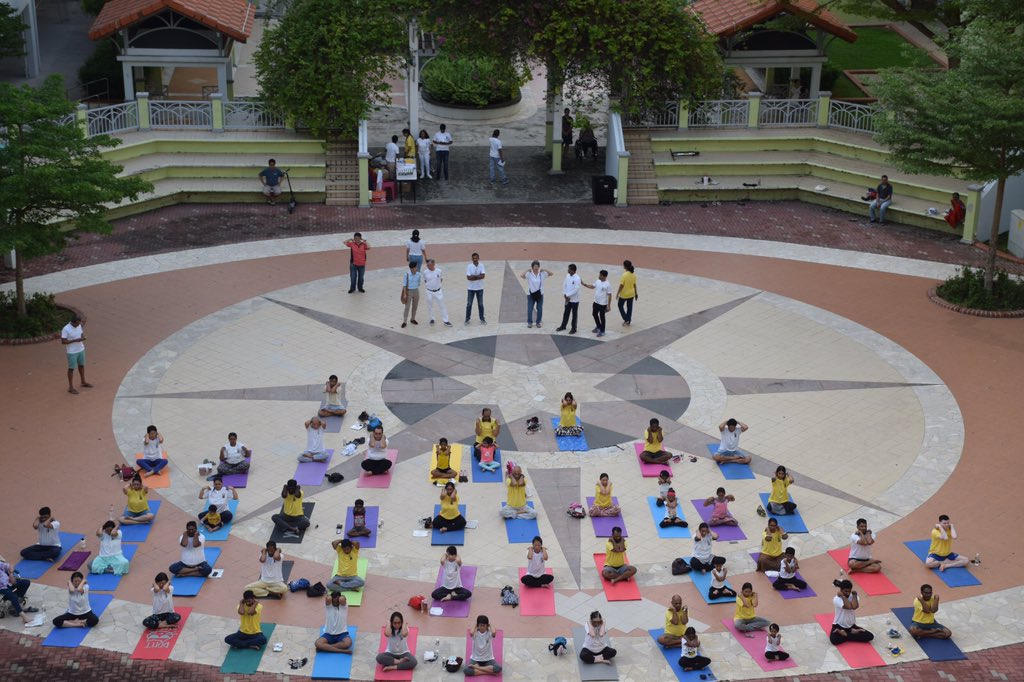 Between June 15-25 2019, 200 yoga sessions will be held across 130 centres across Singapore, including Home of the Athletics near National Stadium\, West Coast Community Centre, which will be attended by Singapore Minister S Iswaran, and other venues. Photo courtesy: Twitter/@IndiainSingapor 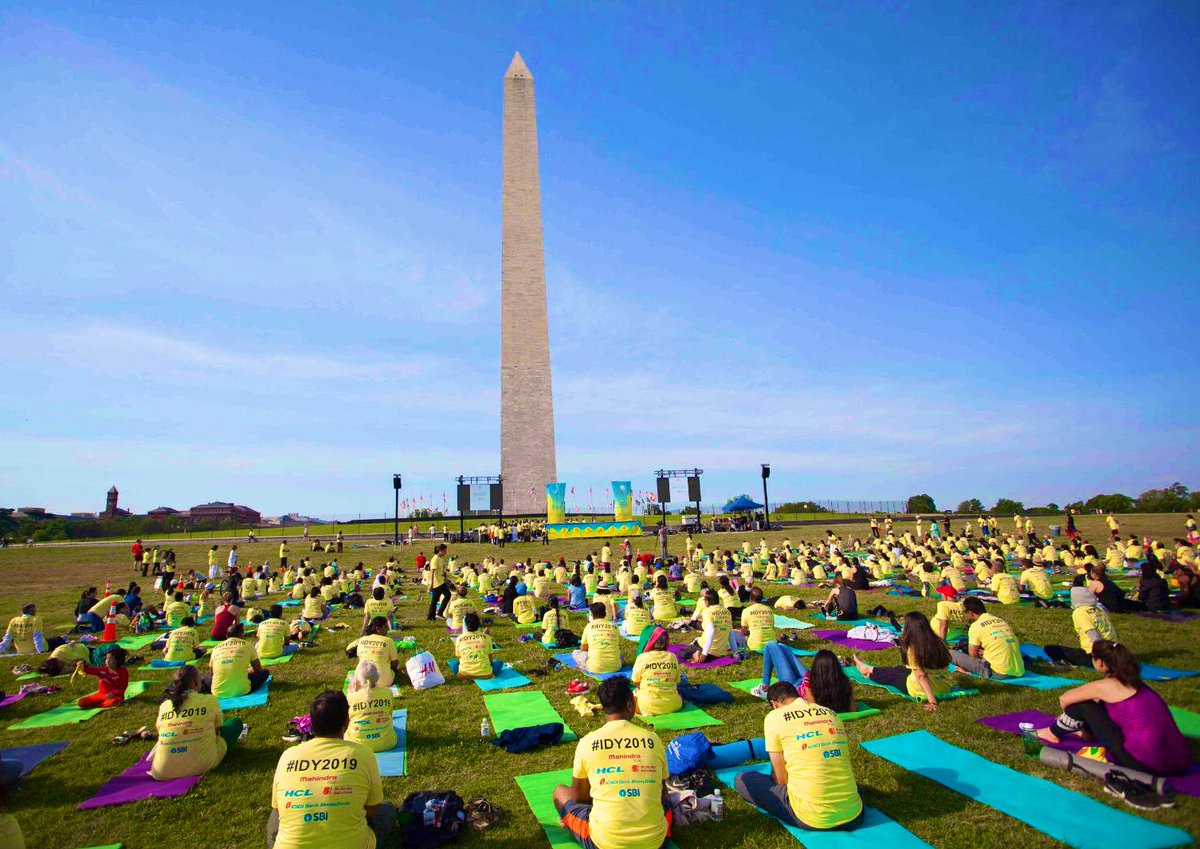 The 5th International Day of Yoga (IDY) was celebrated on Sunday, 16 June 2019 at the Washington Monument in Washington DC. Representatives from the Wmembers of the diplomatic hite House, US Department of State and other Government agencies, prominent community and the Indian diaspora were among the participants. Photo courtesy: Twitter/@harshshringla 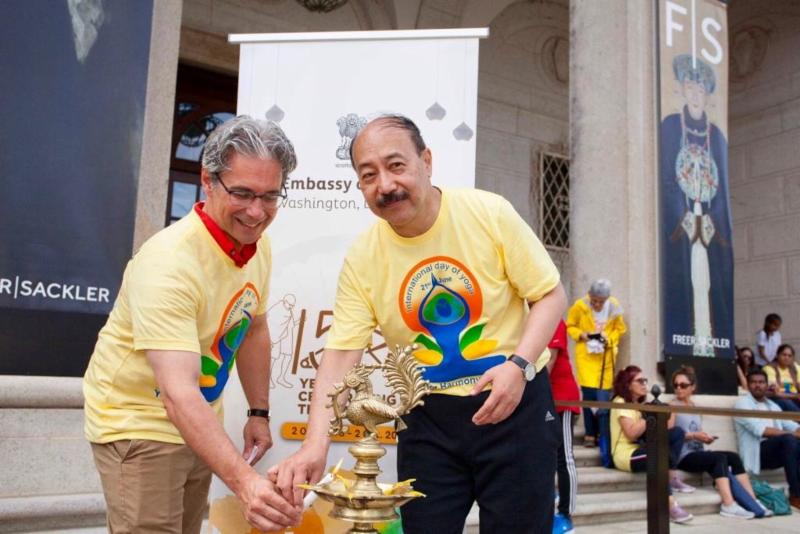 Indian Ambassador to the US HE Harsh Vardhan Shringla (right) noted at the lighting of the lamp that yoga has been widely adopted by people all over the world, transcending linguistic and cultural boundaries, and has millions of practitioners in USA. Photo courtesy: US Indian Embassy 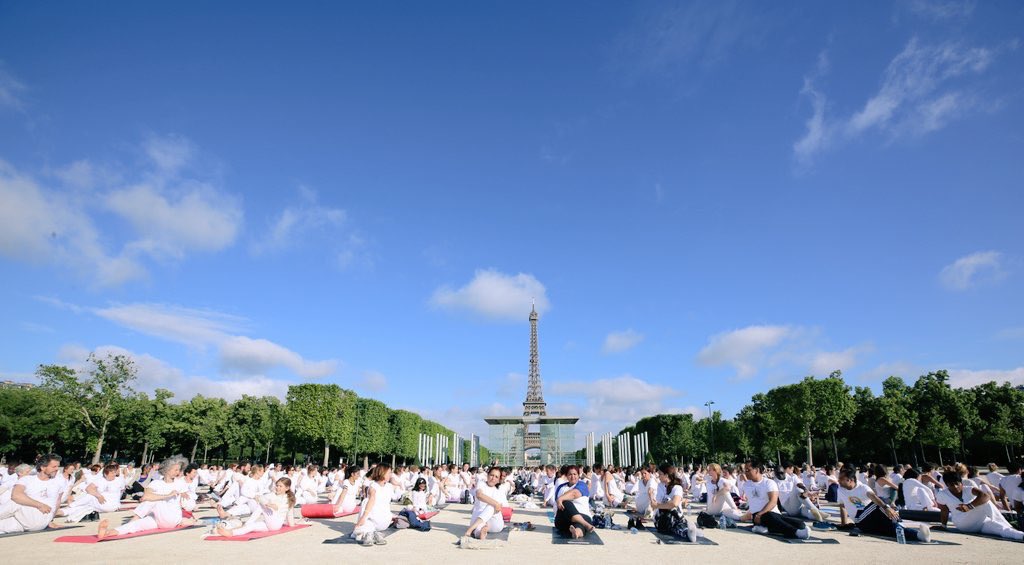 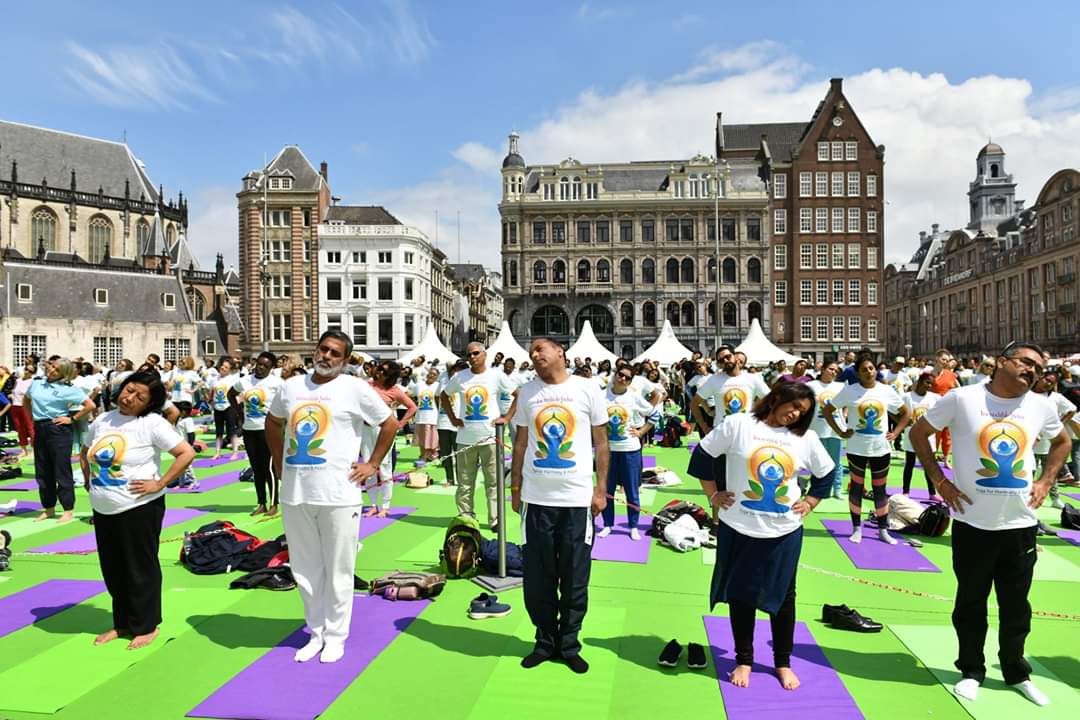 International Day of Yoga 2019 celebrations in the iconic Dam Square in Amsterdam organised by the Embassy of India in the Netherlands, featuring yoga sessions, Indian handicrafts and dance and music. Photo courtesy: Twitter/@IndinNederlands

Our ancient tradition of #yoga has seeped into everyday lives, improving overall health. Thrilled to see it being practised so widely. Serene start of the day at the #InternationalDayOfYoga2019 in Amsterdam with honourable CM @jairamthakurbjp, Mr @venurajamony & @MickyHoogendijk https://t.co/JrsznKyrNF pic.twitter.com/5nAkYmFImU 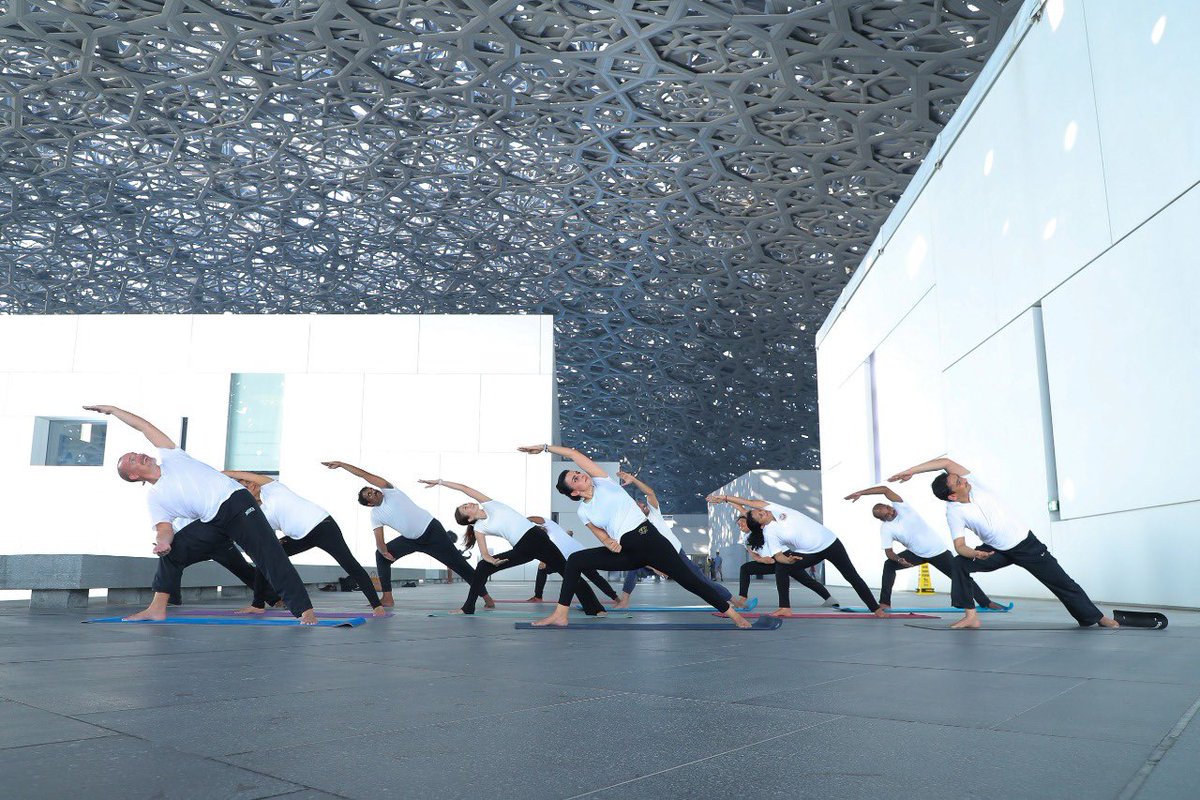 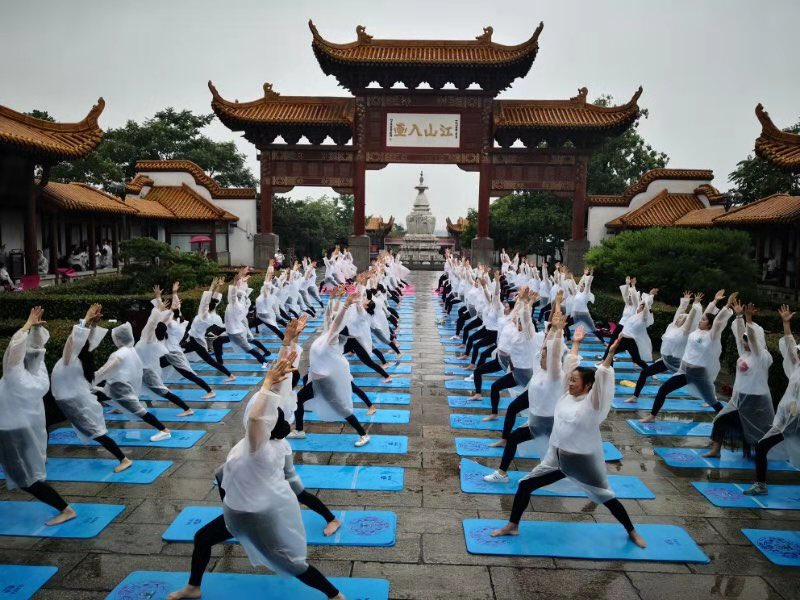 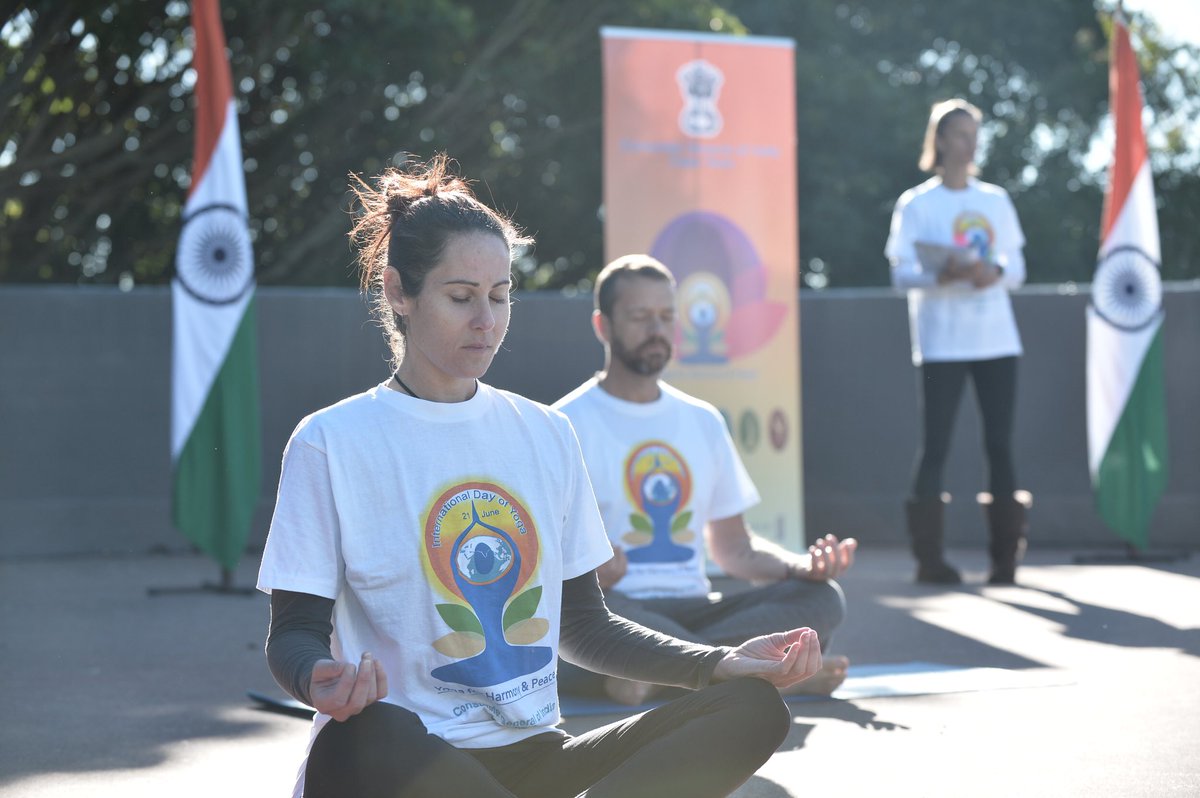