A British Army bomb disposal team was called in to dispose of a 500-pound World War II bomb from a building site in Brent. A four-man team from the Royal Navy's Southern Diving Unit destroyed the bomb on Saturday after defusing it.

The Ministry of Defence tweeted a photo of the massive explosion, writing alongside it: 'After the @BritishArmy made the fuse safe, the bomb was destroyed by the @RoyalNavy Southern Diving Unit in a controlled demolition today.'

Today's #defencemedia looks at the D-Day Memorial and Iraq Afghanistan Memorial, and the detonation of a #WW2 bomb https://t.co/HwHe0KLqus pic.twitter.com/b9MT0z8f7j

An Essex Police spokesman said, “Essex Police assisted the Metropolitan Police and the Ministry of Defence in escorting an unexploded World War Two bomb found at a site in north London through the county to a secure MoD site for safe disposal on Friday. It arrived at its destination at around 11.30pm.” 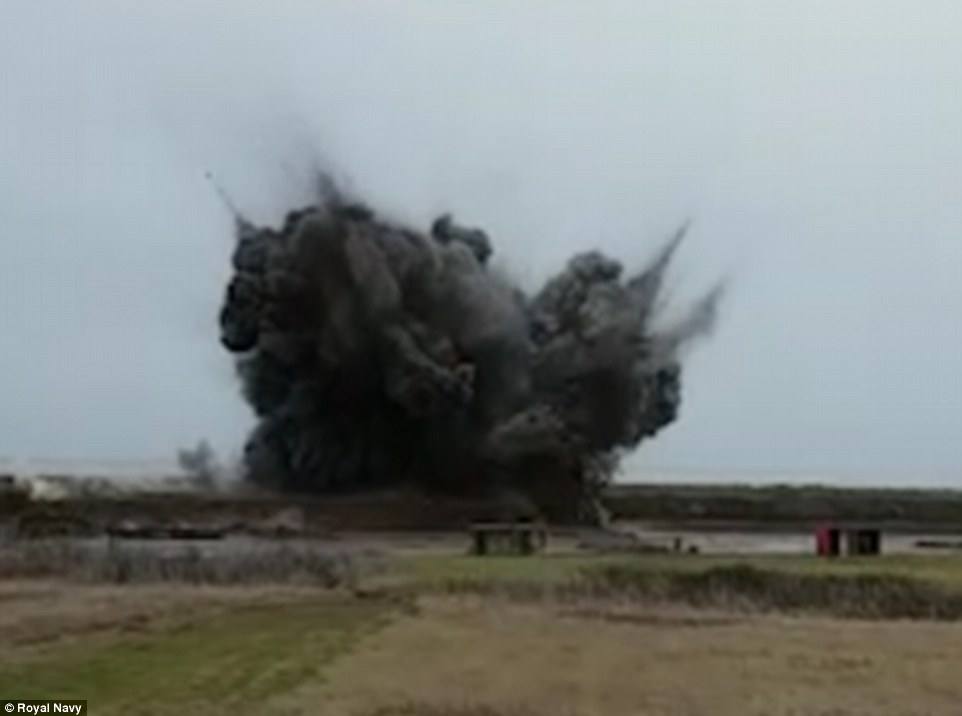 A photo of the controlled explosion. Photo courtesy: UK MoD

The Southern Diving Unit has up to 60 clearance divers and supporting specialists in Plymouth and Portsmouth.

Buildings in the vicinity were evacuated and roads closed as experts from the Army’s Royal Engineers worked to defuse the German bomb, which was found on Thursday by construction workers. Some residents spent Thursday night in a local church.