"We believe that terrorism is not a challenge for any one country but for all countries and for humanity. For the sake of humanity, the world has to unite against terror," said Indian Prime Minister Narendra Modi, addressing the 74th United Nations General Assembly on Friday.

While the prime minister did not explicitly mention Pakistan, he did say that there must be more anger globally against what terrorism was doing to humanity. "We belong to a country that has given the world Buddh (Buddha's message of peace), not 'Yuddh' (war). When we raise our voice against terror, it is with seriousness and anger," he said in a speech that was delivered in Hindi and lasted 20 minutes. "Swami Vivekananada had given the message of harmony and peace to the Parliament of Religions, and not dissension. The world's biggest democracy still has the same message for the world - harmony and peace," he added.

A powerful message on terrorism

PM @narendramodi at #UNGA : We belong to a country which has given the message of peace (Buddha) not war (yuddha) to the world. Terrorism is the biggest challenge not for one country, but for the entire world & humanity. https://t.co/ff54Fw91MO pic.twitter.com/sgXtBCKU8q

Throughout his week-long trip to the US Modi has pointed at Pakistan as the epicentre of terror, without explicitly naming the country. At the ‘Howdy, Modi’ rally last Sunday, he had lashed out at those who “support” and “harbour” terror, once again without naming Pakistan. 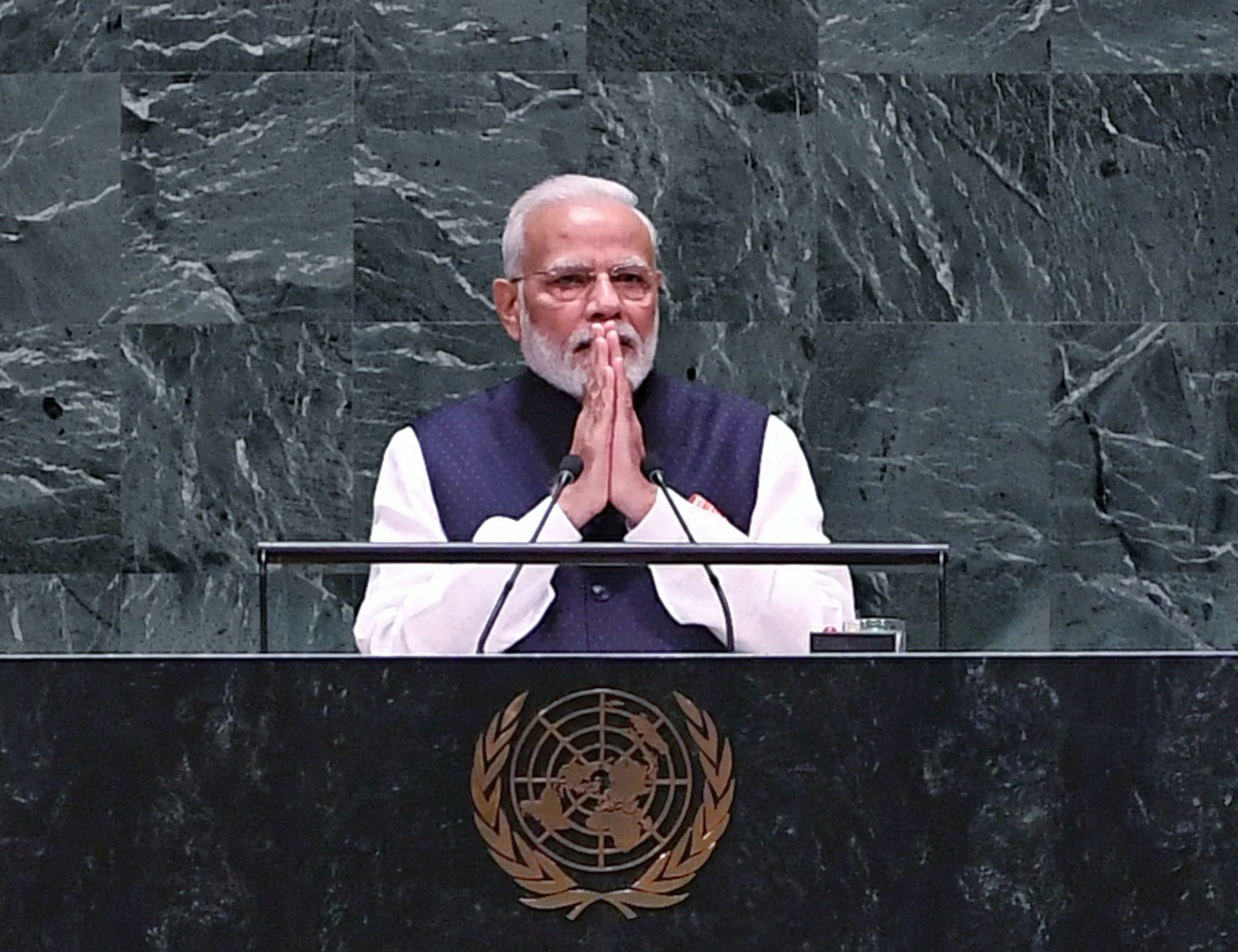 At the UN General Assembly on Friday, Modi also said that as the world is going through a new era, countries do not have the option to confine themselves within their boundaries.

"The face of the world is changing today. Modern technology in the 21st century, is bringing about sweeping changes in social life, personal life, economy, security, connectivity and international relations. In such a situation, a fragmented world, is in the interest of no one," Modi said.

"Neither do we have the option to confine ourselves within our boundaries. In this new era, we will have to give new direction to multilateralism, and to the United Nations," he said. "Lack of unanimity amongst us on issue of terrorism, dents those very principles, that are the basis for the creation of UN."

PM @narendramodi address at #UNGA- It is a great honour for me to address the 74th Session of the United Nations on behalf of 1.3 billion Indians.
It is a very special occasion, also, because this year, the entire world is celebrating 150th birth anniversary of Mahatma Gandhi. pic.twitter.com/ek7GMtd7Hs

He also said that in the last five years, India has worked towards strengthening its centuries-old great tradition of "fraternity among nations" and welfare of the world, which is in line with the key objectives of the United Nations.

"India is a great culture that is thousands of years old, a culture that has its own vibrant traditions, and which has encompassed universal dreams. Our values and culture see divinity in every being and strive for the welfare of all."

"3000 years ago, a great poet of India, Kaniyan Pungundranar wrote in Tamil the most ancient language of the world ‘Yaadhum Oore Yaavarum Kelirwhich’, which means 'We belong to all places, and to everyone'. This sense of belonging beyond borders, is unique to India."

The address to the UNGA concluded Modi’s week-long trip to the US.