Winners are the ones who are not afraid to take risks, says Modi at Singapore-India Hackathon 2019

The India-Singapore Hackathon 2019 came to a close on Monday with Indian Prime Minister Narendra Modi presenting prizes to the winners as well as encouraging participants, saying that they were “the start-up ideas for tomorrow”. 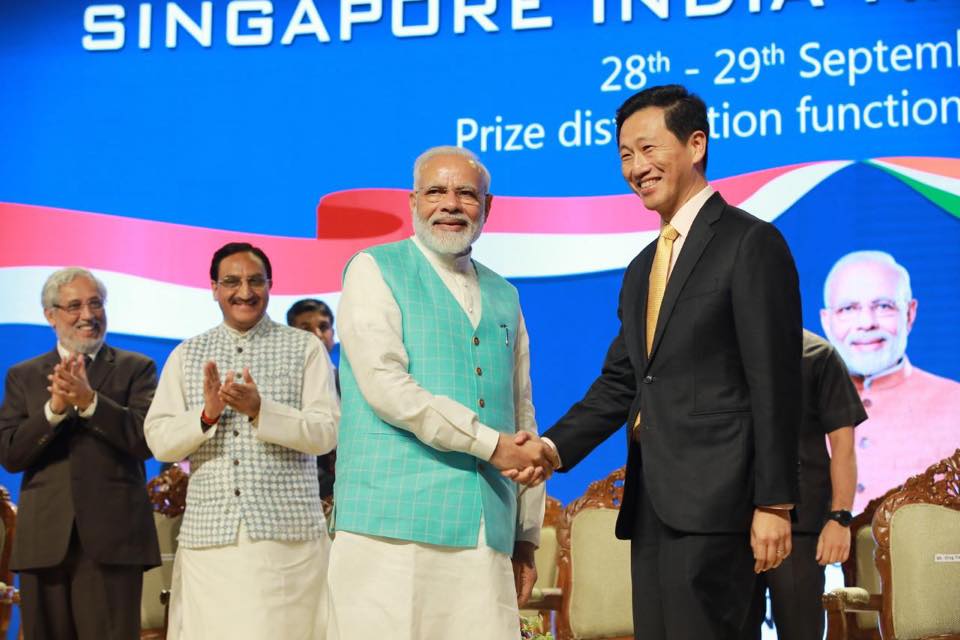 The India-Singapore Hackathon was conceptualised by Modi, with its first edition being held in the island nation last year. The second edition of the hackathon was jointly organised by Nanyang Technological University, Singapore (NTU Singapore), India’s Ministry of Human Resource Development (MHRD) Innovation Cell, and the All India Council for Technical Education (AICTE) at IIT Madras.

“NTU Singapore is pleased to work with our Indian counterparts to present the Singapore-India Hackathon for the second consecutive year. Singapore and India have many dynamic and talented young people who hold the key to future innovation. This hackathon harnesses their passion and nurtures their creativity," NTU president Professor Subra Suresh said.

20 teams with three members each from India and Singapore took part in the 36-hour long hackathon. 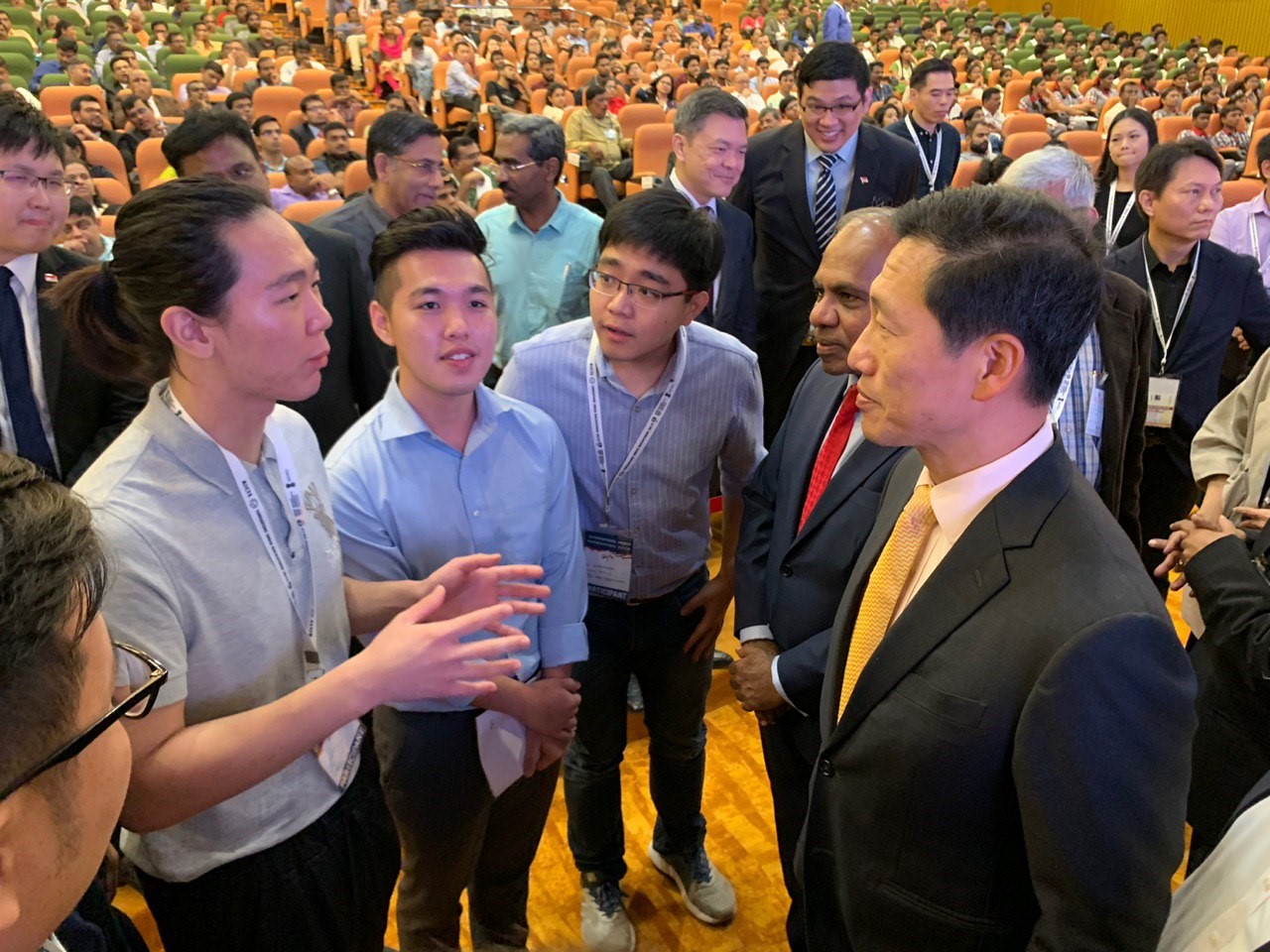 Speaking at the prize-giving ceremony, Modi said hackathons are great for youngsters and participants as they get access to state-of-the-art technology for solutions to global problems.

“Let me take this opportunity to propose a similar Hackathon involving those Asian countries that may be interested in participating, with support from NTU, Government of Singapore and Government of India,” the PM said.

The top prize of SGD 10,000 went to Team 10, comprising Baibhav Kumar, Sweta Kabi and Subham Divakar from India and Tan Ming Kai Mitchell, Jera Low, and Bryan Lim Yuqiang from Singapore, for their innovative solution to monitor air impurities through an array of sensors installed in a potted plant. 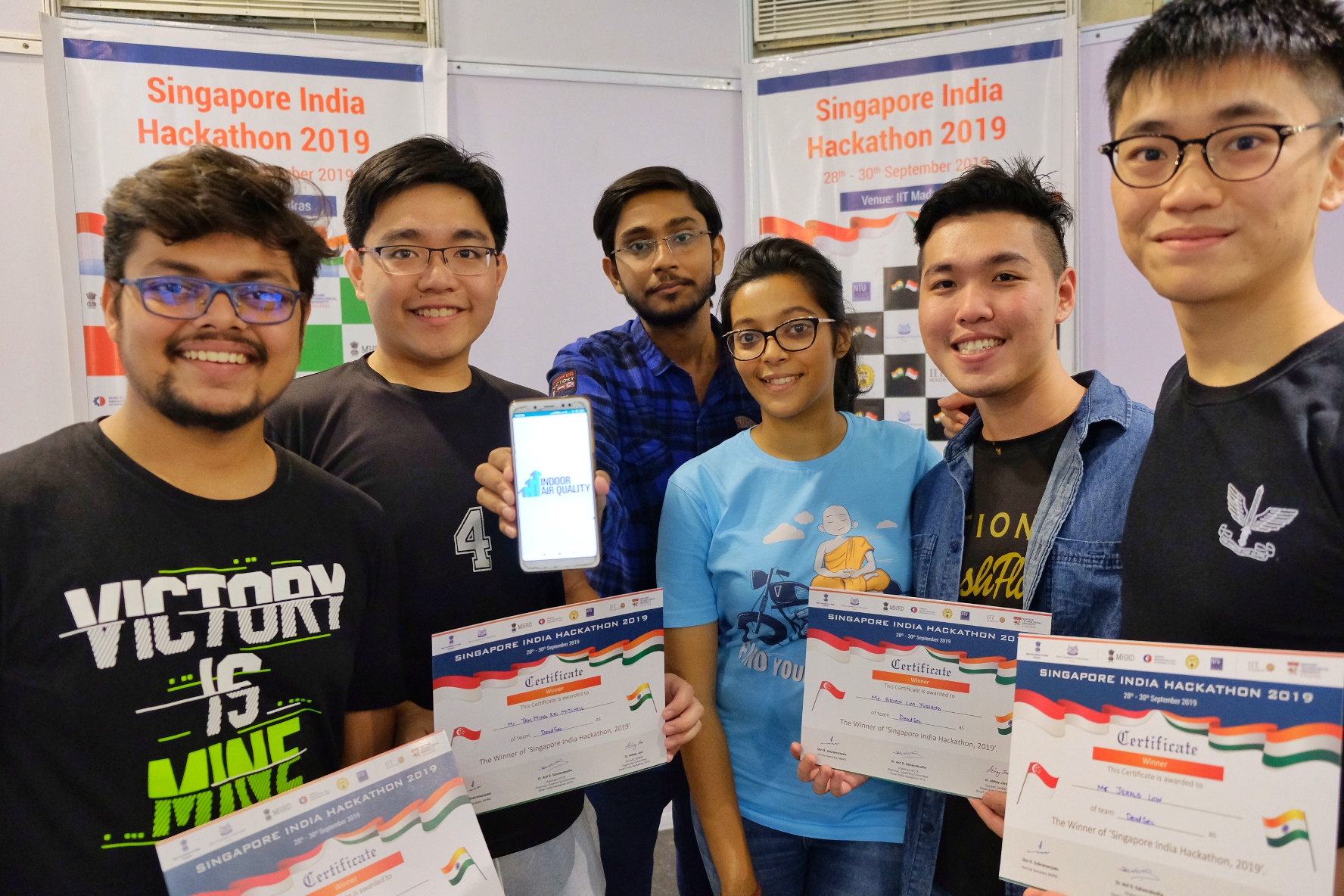 "Students' ideas were invited and based on their out-of-the-box ideas, teams were invited. This is not about winning or losing but about finding better solutions to the problem statements," Sahasrabuddhe said.

Congratulating the participants of the hackathon and others assembled at the event, Modi said their willingness to confront challenges and find workable solutions is of greater value than just winning a challenge.

“Winners are the ones who are not afraid to take risks. All risk-takers are winners,” the prime minister said.

Modi was also very impressed with one of the participating teams which is working on a system to measure attentiveness in a classroom using facial recognition, video processing and image processing.

"My young friends here solved many problems today. I especially like the solution about a camera to detect who is paying attention. I will talk to my Speaker in the Parliament. I am sure it will be very useful to Parliament," Modi said. 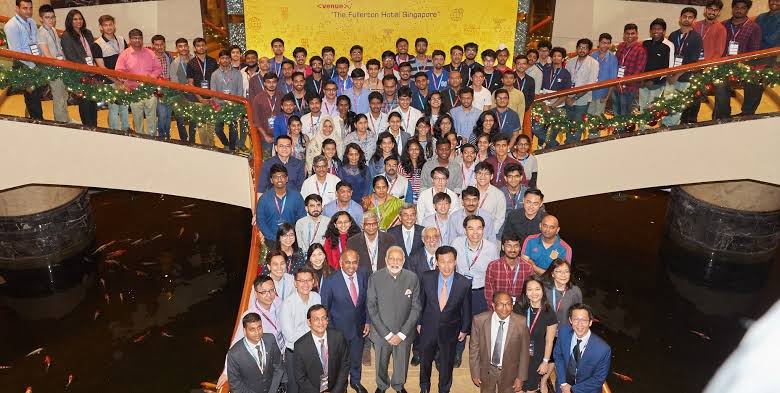 20 teams with three members each from India and Singapore took part in the 36-hour long hackathon, which held its first edition in Singapore last year. Photo courtesy: MHRD

Apart from mentioning the programmes and initiatives launched by the Indian government to upgrade India’s tech sector, Modi also said that innovative programmes like the Atal Innovation Mission, PM Research Fellowships and Start-up India Abhiyan are the foundation of 21st century India.

“We in India have been doing the Smart India Hackathon for the last few years. This initiative brings together government departments and people associated with premier industries,” Modi said in his speech.