An Indian Cyber expert identified as Syed Suja, recently told a press conference in London addressing via Skype that 2014 General election in India was “rigged” through Electronic Voting Machines (EVMs). He also claimed that Telecom giant Reliance helped BJP to get low-frequency signals to hack the EVMs. 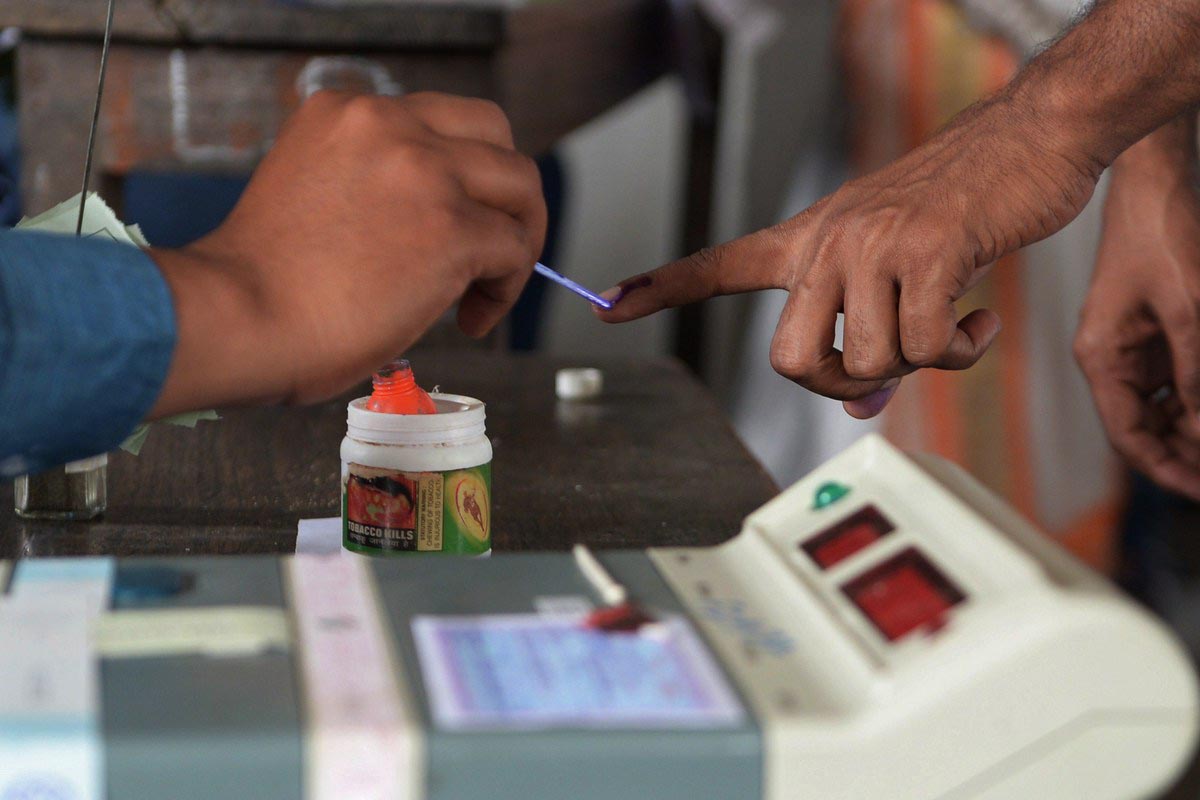 Powerful new voices have been added to the chorus now questioning the security and verifiability of the election using electronic voting machines. Photo courtesy: Wikimedia

Whether these claims may be outlandish or not, this is not the first time that someone is raising the issue of reliability of these voting machines in determining the outcome of elections in India. As far back as in 2009, LK Advani, a senior BJP leader expressed serious doubts about the integrity of these machines and called for a return to the paper ballot.

Moreover, powerful new voices added to the chorus now questioning the security and verifiability of the election using these machines. Akhilesh Yadav, a former Chief Minister of Uttar Pradesh urged the election commission to provide an alternative to EVMs and even called them a “threat to democracy.” BSP Supremo Mayawati asked for the return of paper ballots. Abhishek Singhvi, a Congress spokesperson, also expressed serious doubts over the credibility of EVMs and stated that 70 percent of the political parties had asked EC to replace EVMs with paper ballots.

Therefore, what is brewing just before the 2019 general election is a crisis of confidence in the election process primarily due to the inability of the Election Commission in convincing political leaders that the procedures and infrastructure they have put in place have transparency and fairness! Instead, EC has taken a belligerent stand dismissing concerns across the political spectrum stating that EVMs are “tamper proof” with the  Chief Election Commissioner even lamenting “EVMs being tossed like a football” in the political discourse. 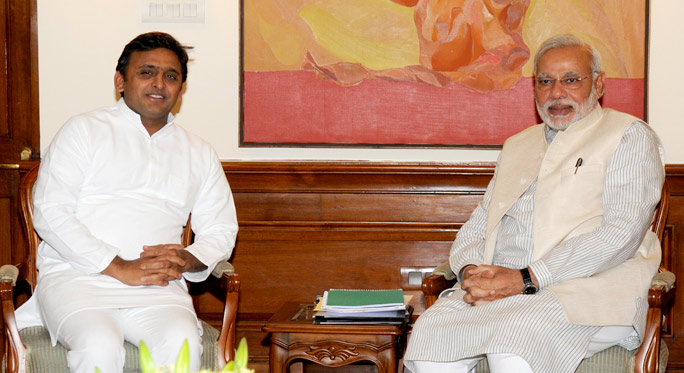 Former Uttar Pradesh CM and Samawadi Party leader Akhilesh Yadav (left), seen here with PM Narendra Modi, is among those who have questioned the integrity of the EVMs. Photo courtesy: Wikimedia

The Election Commission of India developed the country’s EVMs in partnership with two government-owned companies, the Electronics Corporation of India (ECIL) and Bharat Electronics Limited (BEL). Though the Indian government owns these companies, they are not under the administrative control of the Election Commission. EVMs were first used nationally for the general election in 2004 though they were first used in 1982 in the by-election to North Paravur Assembly constituency in Kerala for a limited number of polling stations.

One of the commonly heard arguments is that EVMs are not connected to the Internet so it cannot be hacked. However, there are so many ways one can break into an electronic device if the dishonest guys have access and are protected. Clever hackers use wireless mechanisms such as radio protocol to break into computing devices. Some would argue that this is not a computer. However, the truth is that it has ROM, RAM, Software, Keyboard and a Display! It is indeed modeled after a computer.

We are living in an age where even sophisticated systems with high levels of security are under attack from cybercriminals. Defense Department in the US believes that 15% of the “specially build for Pentagon” chips that go into aircraft and missiles are counterfeit and they have no way of finding out.  However, EC wants to convince the country that a commodity microcontroller and other electric components in an EVM are beyond any level of threats than the Systems in a technologically advanced country like the US. There may not be a machine in the world that is truly impenetrable!

An EVM consists of a Control and Balloting Unit, connected by a cable. The centrepiece in this configuration is the CPU. It is custom manufactured, and the code is embedded in a chip to prevent it from being electronically programmed. However, a Security Analysis studies done by American experts points to some of its potential vulnerabilities. For example, firmware can be compromised either at the source or the Chip manufacturer and the real chips could be swapped with dishonest ones in the supply chain by attackers with access to the assembled machines. They have also raised the possibility of using a trigger for an attack between elections and counting using malicious code at a preset interval. The same researchers also argued that a clip-on connector could execute even a vote-stealing program. It is possible that many of these assertions could be challenged and even proven wrong. 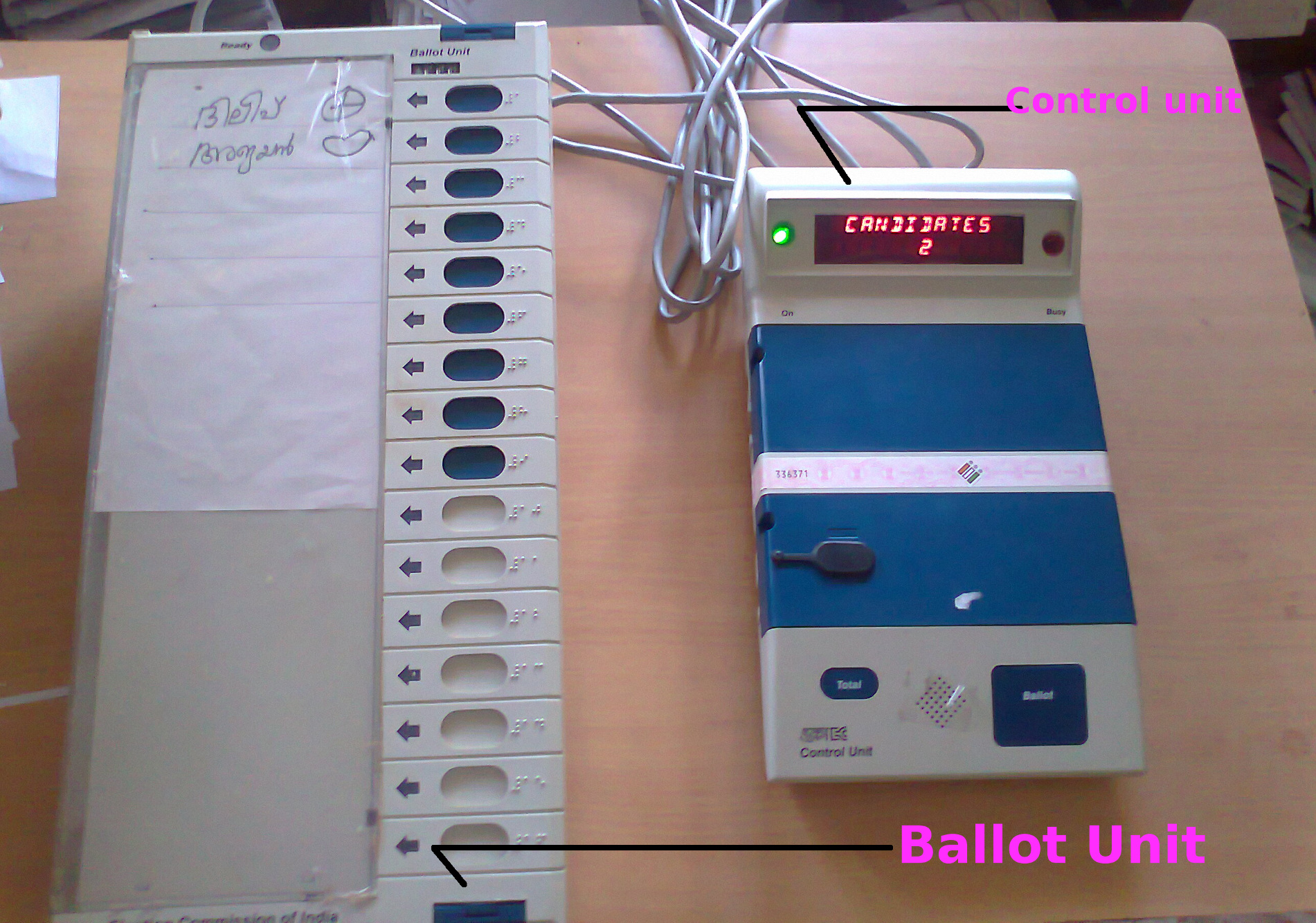 An EVM consists of a Control and Balloting Unit, connected by a cable. Photo courtesy: Wikimedia

Whether we believe in the veracity of the claims in this study or not, EC should not be taking a defensive posture with regard to the allegations of fraud or machine malfunctions. The design of India’s EVMs relies entirely on the physical security of the machines and the integrity of election insiders. There was a story from Madhya Pradesh that CCTV cameras were out at a storage area after electricity was cut-off raising suspicions and creating further innuendos. The tamper-resistant seals they put on the machines after the election is said to be not credible as well. It is also worth noting that in 2009, there were reports of 4000 EVMs missing in Vijayawada, Andhra Pradesh.

Some would raise an argument of how it would be impossible to subvert such a large number of independent systems. However, experts point out that in close races an attacker might be able to change the election outcome by tampering with only a few machines. A small number of tightly contested seats often determine which party holds a majority in the parliament, so a national-level attacker could focus on tampering with machines only in those districts.

It is time for an honest debate on this issue and country will be better off in considering how to achieve a secure and transparent voting system that is suitable to its national values and credible before the voting public. One option is to use a voter-verifiable paper audit trail (VVPAT), which combines an electronic record stored in a DRE with a paper vote record that can be audited by hand.  VVPAT has been tested and first used at the election in Goa. One of the remedial measures could be that all EVMs may be configured with VVPAT in the upcoming election.

It is quite possible that even VVPAT may not satisfy all critics of the present setup. The final option is to return to paper ballots. India’s EVM machines are said to be made in Japan. However, Japan still uses the paper ballot. In the US and Western Europe, many States are opting out of electronic voting systems and returning to the paper out of concerns for hacking or worries over glitches. To guarantee the secrecy, security, and verifiability of elections, elections should revert back to human-readable paper ballots, according to a new report from the National Academics of Science, Engineering, and Medicine.

Asking questions to a computer... Syed Shuja claims the #Brexit #referendum “was also hacked” in 2016. pic.twitter.com/R0iDYmbJBK

Rajasthan, Madhya Pradesh, and Chattisgarh victories may have given a ‘false sense of security’ to the Opposition. Election Commission has been created as an independent entity, however, unless it truly exercises its prerogatives and responds to the valid concerns of its citizens, faith in a fair election will not be restored and stories of EVMs fixing elections may become more than mere fables! 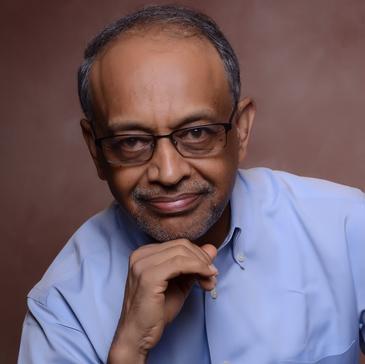 George Abraham is the Former Chief Technology Officer of the United Nations and Vice-Chairman of the Indian Overseas Congress, USA.