Wife of Indian-American techie who killed himself tries to follow suit, attempts suicide

Ten days after a software engineer from Telangana committed suicide at his Seattle house in the US, his wife attempted to end her life in Hyderabad.

Swati Gudur, 32, consumed toilet cleaner at her parents’ house in Kothapet area early on Friday morning. Her family members rushed her to a local private hospital, where her condition was critical, according to Rachakonda police. 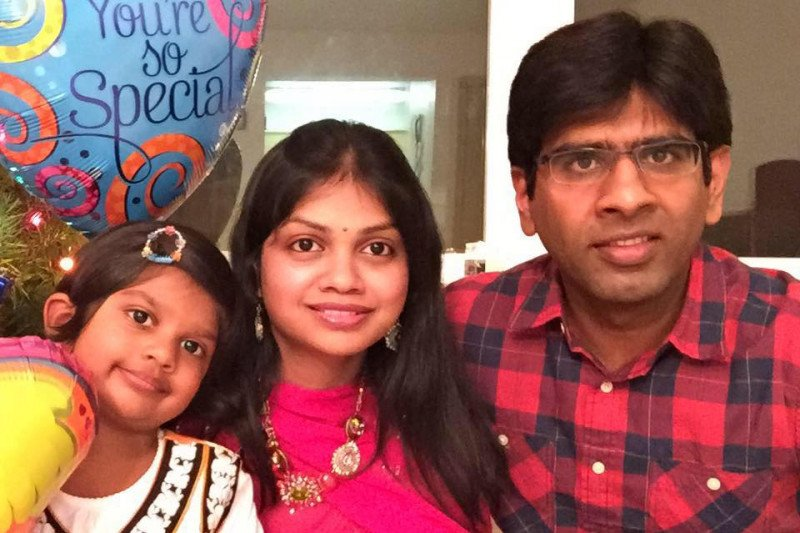 Her husband Madhukar Reddy Gudur, 37, who worked as a software professional, was found hanging from a ceiling in his house in Seattle, Washington on April 4. Madhukar’s parents alleged that their son taken the extreme step after a series of disputes with his wife.

Madhukar’s body was brought to his hometown of Bhongir in Telangana and cremated on April 11. However, his relatives attacked his widow when she came to attend the funeral. Blaming her for his death, they asked her to go away.

The next day, Swati had called a press conference to deny the allegations leveled by Gudur's parents. She said that he committed suicide due to depression and work-related stress.

Meanwhile, Swati's father Narasimha Reddy said that she was under mental pressure due to the treatment meted out to her by her in-laws at the funeral. He said that Swati took the extreme measure as she was facing threats and baseless allegations from Gudur's parents.

“My daughter tried to commit suicide because she couldn’t bear to hear all the baseless allegations being levelled against her. She was under severe mental pressure due to the inhuman treatment meted out to her at her husband’s funeral,” said Narasimha Reddy.

Swati was also working as a software professional in the northwestern city. The couple, who recently moved to their new home, have a 4-year-old daughter.

Reports said Gudur left for the U.S. 14 years ago for higher education and started working 10 years ago. Before ending his life, Gudur sent a text message to his parents, requesting them to forgive him.

A marital dispute is believed to have led Gudur to kill himself. According to his family, he was very well off and did not have any financial problems.