WHO chief Tedros Adhanom Ghebreyesus said that the Covid’s Omicron strain may be less severe as compared to Delta, but should not be classified as mild. 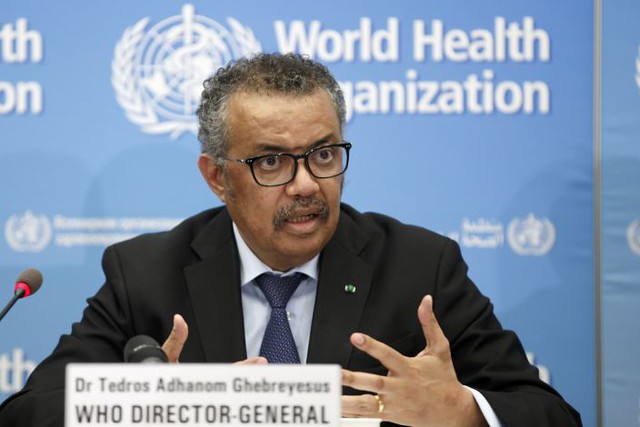 The WHO chief wants 70 per cent jabbed in every country by mid-2022. Photo courtesy: Flickr/Bruce Detorres

"While Omicron does appear to be less severe compared to Delta, especially in those vaccinated, it does not mean it should be categorised as mild," Tedros told a press conference.

He added that the record numbers of people catching the new variant -- which is rapidly out-competing the previously-dominant Delta variant in many countries -- meant hospitals were being overwhelmed, AFP reported.

"Just like previous variants, Omicron is hospitalising people and it is killing people," he said. "In fact, the tsunami of cases is so huge and quick, that it is overwhelming health systems around the world."

Just under 9.5 million new COVID-19 cases were reported to the WHO last week - a record, up 71 per cent on the week before.

But even this was an underestimate, Tedros said, as it did not reflect the backlog of testing around the Christmas-New Year holidays, positive self-tests not registered, and overburdened surveillance systems missing cases.

92 of the WHO's 194 member states missed the target set for the end of 2021 - indeed 36 of them had not even jabbed the first 10 percent, largely due to being unable to access doses.

Tedros wants 70 per cent jabbed in every country by mid-2022.

"Vaccine inequity is a killer of people and jobs and it undermines a global economic recovery," said Tedros.

"Booster after booster in a small number of countries will not end a pandemic while billions remain completely unprotected."

The WHO's COVID-19 technical lead Maria Van Kerkhove said it was "very unlikely" that Omicron would be the last variant of concern before the pandemic is over.