Following India’s 317-run win against England in the 2nd Test, skipper Virat Kohli donned the role of interviewer in a video posted by the BCCI for a candid chat with Man of the Match off-spinner Ravichandran Ashwin. 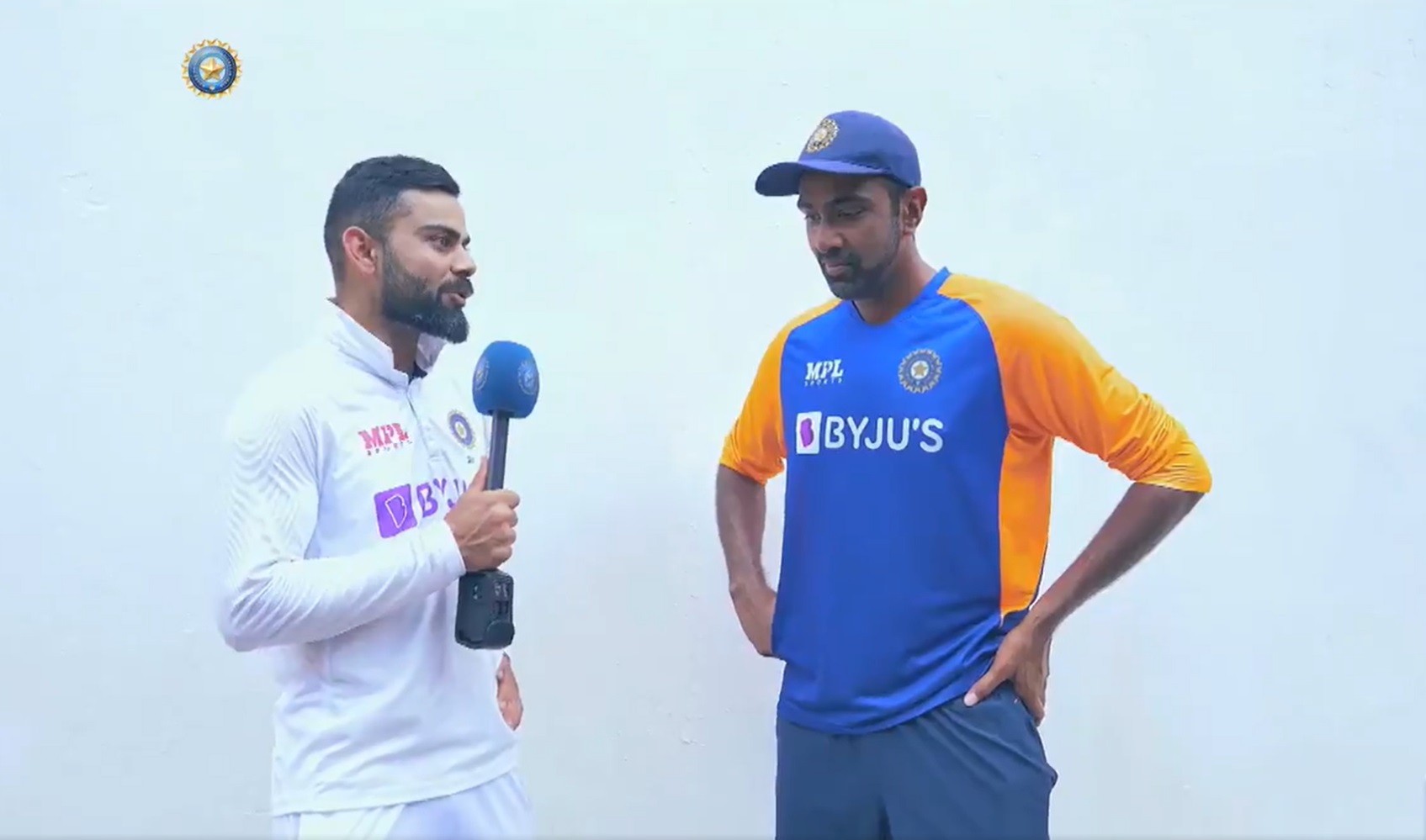 The off spinner old Kohli that without the game of cricket he feels lost and also revealed how he worked on his game during the lockdown in 2019.

"Look, I think, the whole pandemic thing and the way we were shut off, I was thinking what is going to happen? If you take this game away from me, I am literally lost. Even when I am not playing some formats of the game, I am always switching the TV on like watching the preview and what is happening," Ashwin told Kohli.

About his performance in the Test against England, Ashwin said, "I don't know, for the first time in my career, I feel blank. When I went out to bat yesterday, I was feeling blank, I came and asked you can I start sweeping? That's exactly how I am feeling, zero emotions and feelings inside, rarely I find myself like this."

Don't miss this special chat as man of the moment @ashwinravi99 speaks to #TeamIndia skipper @imVkohli - by @RajalArora. @Paytm #INDvENG