What to expect from India's G20 Presidency

With India all set to officially start its G20 Presidency term on December 1, 2022, a host of global opinions and predictions about what to expect have been touted. 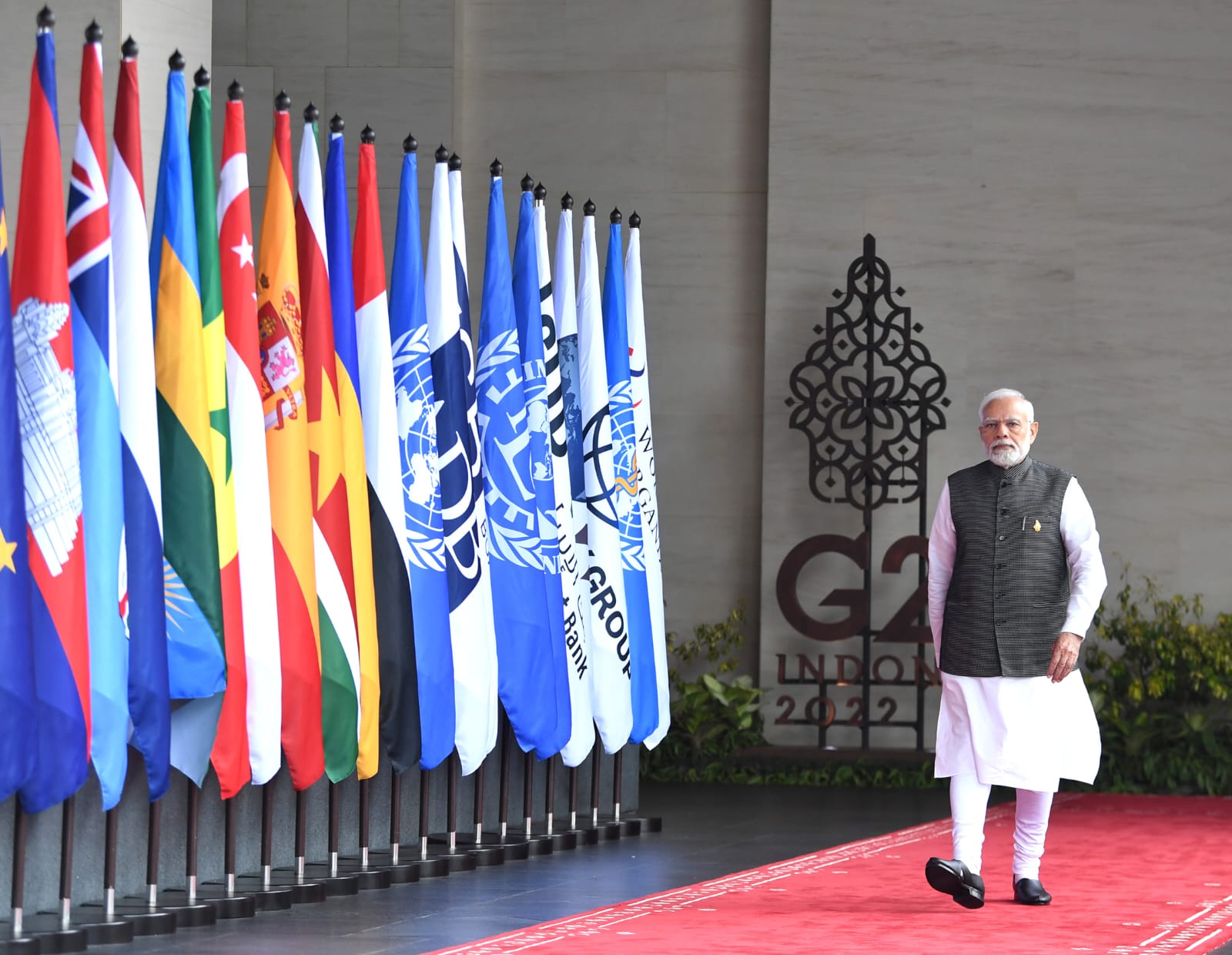 During the unveiling of the logo, theme and website of India’s G20 Presidency, PM Modi stressed on the importance of the G20 for the global economy. Photo courtesy: Pallav Paliwal

Rajasthan's Udaipur is gearing up for the first G20 Sherpa meeting under India's presidency. The meeting will be held from December 5 to 7. The three-day meeting will have sessions on various topics like accelerated, inclusive and resilient growth; multilateralism; food, fuel and fertiliser; and women-led development.

The first 'Finance and Central Bank Deputies Meeting' of India’s G20 presidency will be held in Bengaluru from December 13 to 15. It will be followed by the G20 'Framework Working Group Meeting' in the city on December 16 and 17.

Indian Prime Minister Narendra Modi took over the G20 presidency from Indonesian President Joko Widodo at the end of the 17th summit of the bloc at Bali on November 16. The prime minister will host the leaders of the other G-20 nations for the bloc’s 18th summit, which will be held in New Delhi on September 9 and 10 next year.

During the unveiling of the logo, theme and website of India’s G20 Presidency, PM Modi stressed on the importance of the G20 for the global economy, stating that it represented around 85% of the global GDP, over 75% of the worldwide trade, and about two-thirds of the world population.

The prime minister also said that as the chair of the influential grouping, India's endeavour would be that there should be "no first world or third world" and it should be only "one world".

The G20 or Group of 20 is an intergovernmental forum of the world's major developed and developing economies.