“I was accosted twice during the campaign and with potential bodily harm”, says Preeti Shridhar, who ran for office twice in recent years in the US local elections.

A senior public official and community leader in the Seattle area, Preeti Shridhar explains the unique American system where a whole bunch of top public offices in law enforcement like the prosecutor, attorney general as well as offices which oversee spending of public funds for rendering various public services are the ones to which people are elected to. This is in addition to legislators, Mayors, and Governors.

In 2017 when she ran for office, seven other women of South Asian origins also ran for different offices in the Seattle area alone. This was also the year Senator Kamala Harris, Representative Pramila Jayapal, and Representative Raja Krishnamoorthi were elected.

This is especially interesting since the first Indian-American elected to the United States Congress was Dalip Singh Saund in the late 1950s and early 60s. However, for the next 50 years or so one did not see people of Indian origin holding elected office in the US.

In recent years there has been a burst of political awareness and activity among the Indian community in the US. What has changed now that we see their emergence in US politics, judiciary and in the government? Preeti Shridhar answers this question along with explaining why she herself ran for office in the Seattle area and how easy or difficult it was for her to raise money and run a campaign as an immigrant, a naturalised American and a woman of colour.

Apart from her public service experience of over 25 years in the US, she collaborated with Vice President Al Gore on his climate initiative and wrote a chapter in Marketing Guru Philip Kotler’s book.

Any opinions expressed in these conversations by the interviewer or the guest/interviewee are their own and not of the institutions they work for or are associated with in any capacity. The opinions expressed do not reflect the views of Connected to India. The management of the company does not assume any responsibility or liability for the article/interview. 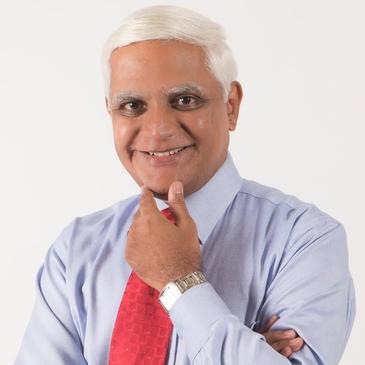 SN Venkat is currently an Adjunct Faculty at Singapore Management University, where he teaches a course on Managing in a VUCA Context. He has been a regular contributor to newspapers in Singapore on various topics, many of which are related to India and Singapore.

He has rich experience in Global Marketing of Consumer products for about 20 years in emerging economies. He has an in-depth knowledge and understanding of third world trade, especially between Asia, South America and Africa.