A post on Singapore consumer marketplace Carousell has gone viral – titled "Run Lion Wedding Dinner Package," the 30-table banquet was up for sale at S$28,888, which poster Jasper Yam described as a "steal."

Yam's friend was abandoned by his runaway bride less than two months to the wedding day. As one of his groomsmen, Yam came up with the idea to sell the package off on Carousell, and mentioned that it would be sold at a loss of about S$4,000.

“When we decided to post the offer online, our objective was clear… we wanted to help our pal cut his financial losses, find joy and smile … in this moment of darkness and find closure,” said Yam told Todayonline.

The package also included free “perks” for the potential buyer.  Wedding car with a chauffeur, outfits for the couple, their parents and sisters, as well as photographer and videographer for the wedding are all included in the package free of charge. 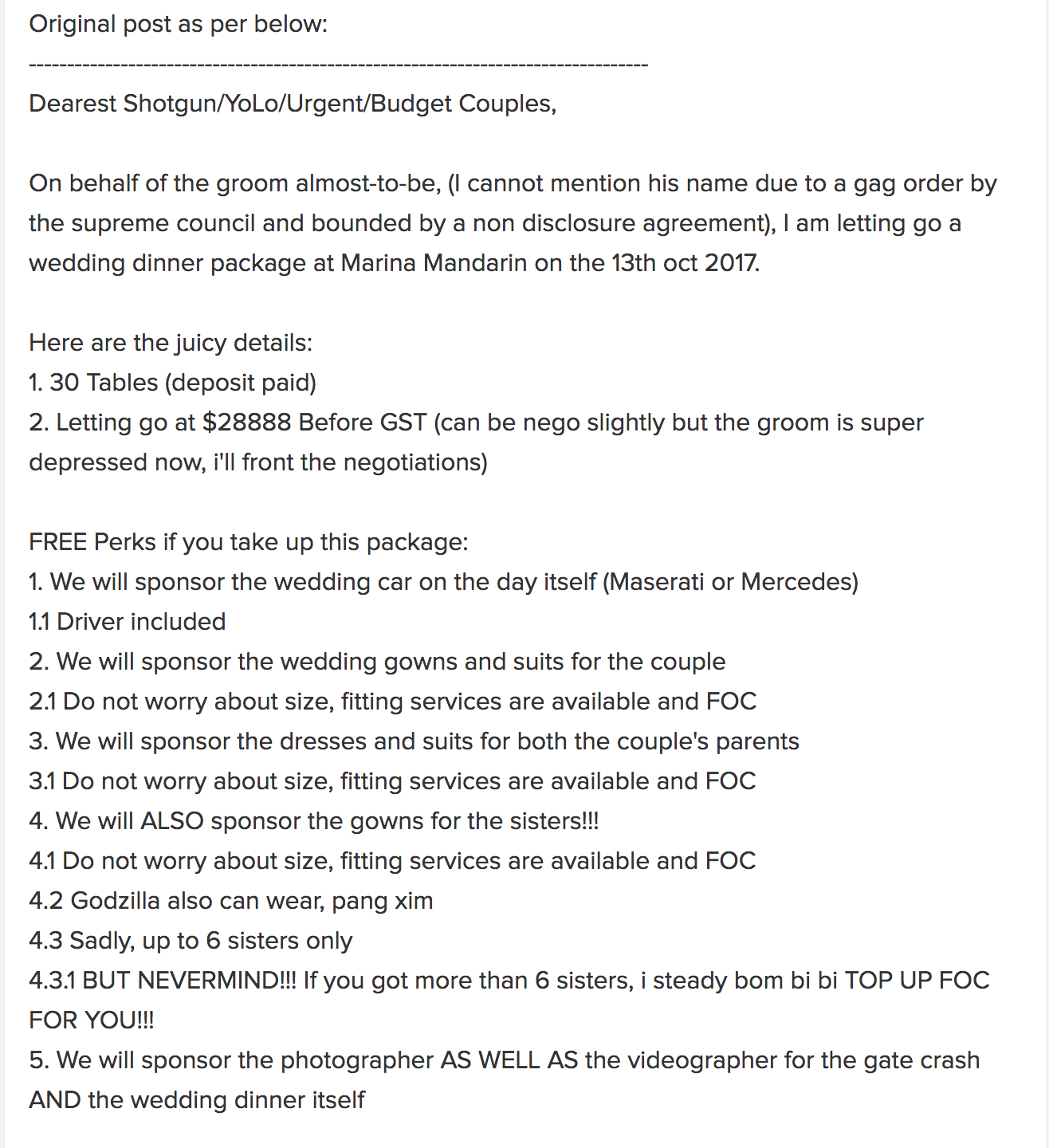 Yam also indicated that he would be the contact person for the deal and will be fronting negotiations, as the groom-to-be was "super depressed" at the moment.

The post received an outpour of positive comments and offers to help, but Yam had to take down the post two days later after posing, said a report by Todayonline. “The hotel kindly asked me to remove the post though I did not see any wrong with it. However, I also did not want to get my friend into trouble as he is resolving the matter with the hotel,” explained Yam.

Marina Mandarin Singapore confirmed that the groom-to-be cancelled the wedding on Aug 17, but the hotel is currently in talks with him, according to Todayonline.  Zareen Huang, the hotel’s Director of Marketing Communications, said the wedding dinner package “is not transferable as per contract,” but the hotel is “sympathetic to (the groom-to-be’s) plight… and is agreeable to review his case and assist him through this difficult period.”

Huang added that Marina Mandarin "will continue to work out this matter directly with the groom-to-be, so that both parties can come to a fair and reasonable outcome.”