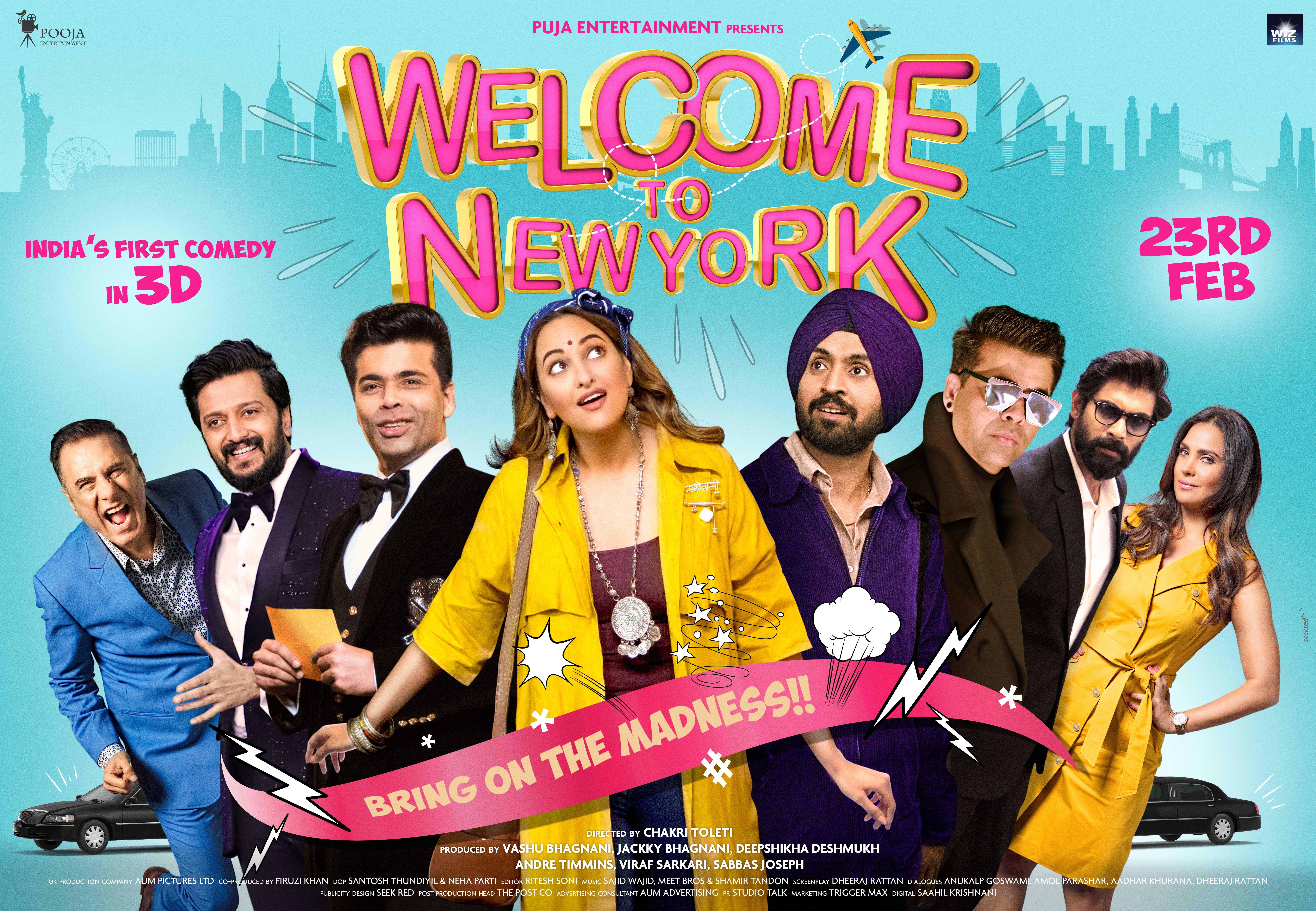 The announcement of India’s first comedy releasing in 3D, Welcome To New York, was done in an interesting way. A chat featuring the cast was leaked where Karan Johar, Diljit Dosanjh, Sonakshi Sinha, Boman Irani, Lara Dutta and Riteish Deshmukh are having fun while claiming it’s their film. The hilarious video ends with the poster of Welcome To New York.

Karan Johar, who is not producing but acting in the film, calls himself a newcomer in the video. The video starts with a call to Diljit by Sonakshi which turns into a conference call with Karan and later with another cast of the film. The video also hints at the presence of Salman Khan who is calling at the end of the video.

And today, all the online goss is about a leaked conversation from a new film. #WelcomeToNewYork https://t.co/7gzbzzACxd@poojafilms @WizFilmsIN

Producer and Pooja Films Director Deepshikha Deshmukh said, “We have a phenomenal star cast and this poster video simply captures the stars having fun and the flavour of the film which is whacky and outright hilarious.”

The film is touted as a heartfelt, rib-tickling comedy that tells the story of two unlikely youngsters living in India in search of a better life for themselves. An unexpected trip to New York City sets them off on a comedic adventure that changes their lives forever.