During an online party conference, British Prime Minister Boris Johnson said he was too fat when he became gravely ill with COVID-19 and that he has since lost 26 pounds (11.79 kg). 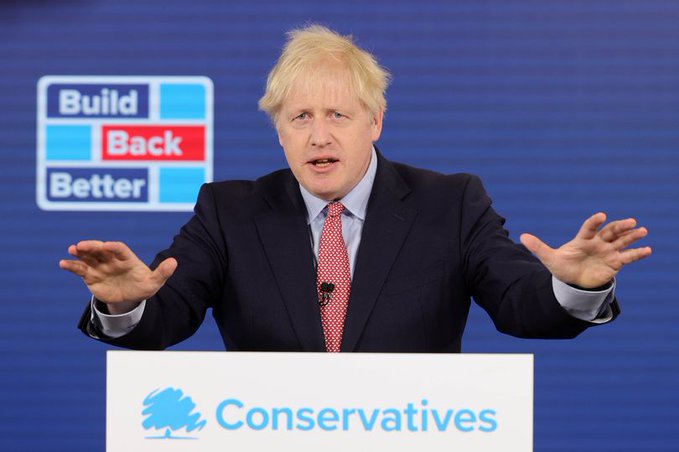 "I have to admit the reason I had such a nasty experience with the disease is that although I was superficially in the peak of health when I caught it, I had a very common underlying condition - my friends I was too fat," he said. "And I've since lost 26 pounds...and I'm going to continue that diet."

Johnson had earlier in July posted a video on Twitter in which he launched a government campaign to cut the country’s obesity rates as part of its pandemic response.

The UK government had said that reducing rates of obesity — which is also linked to heart disease, diabetes, and cancer — would help lessen the strain on the country’s National Health Service (NHS) during the pandemic.

Losing weight is hard but with some small changes we can all feel fitter and healthier.

If we all do our bit, we can reduce our health risks and protect ourselves against coronavirus – as well as taking pressure off the NHS.

Citing research by England’s public health body, the British government policy paper said there is now “consistent evidence” that people who are overweight have a higher risk of being hospitalised, entering intensive care, or dying after contracting COVID-19 than those in weight ranges considered healthy.

Around two-thirds of adults in the UK are overweight, and half of that group are in turn considered obese, the paper had added.