Waiting for you to come as visitor, stay as investor, says Uttarakhand CM Rawat at Invest North 2018

Chief Minister of the Indian State of Uttarakhand Trivendra Singh Rawat highlighted the advantages of the state in attracting overseas investment at the 7th CII Invest North Summit 2018 today. Pitching the suitability of the Dev-Bhoomi (abode of gods), Rawat said that “Uttarakhand is moving towards development and is one of the fastest growing economies in the country”. 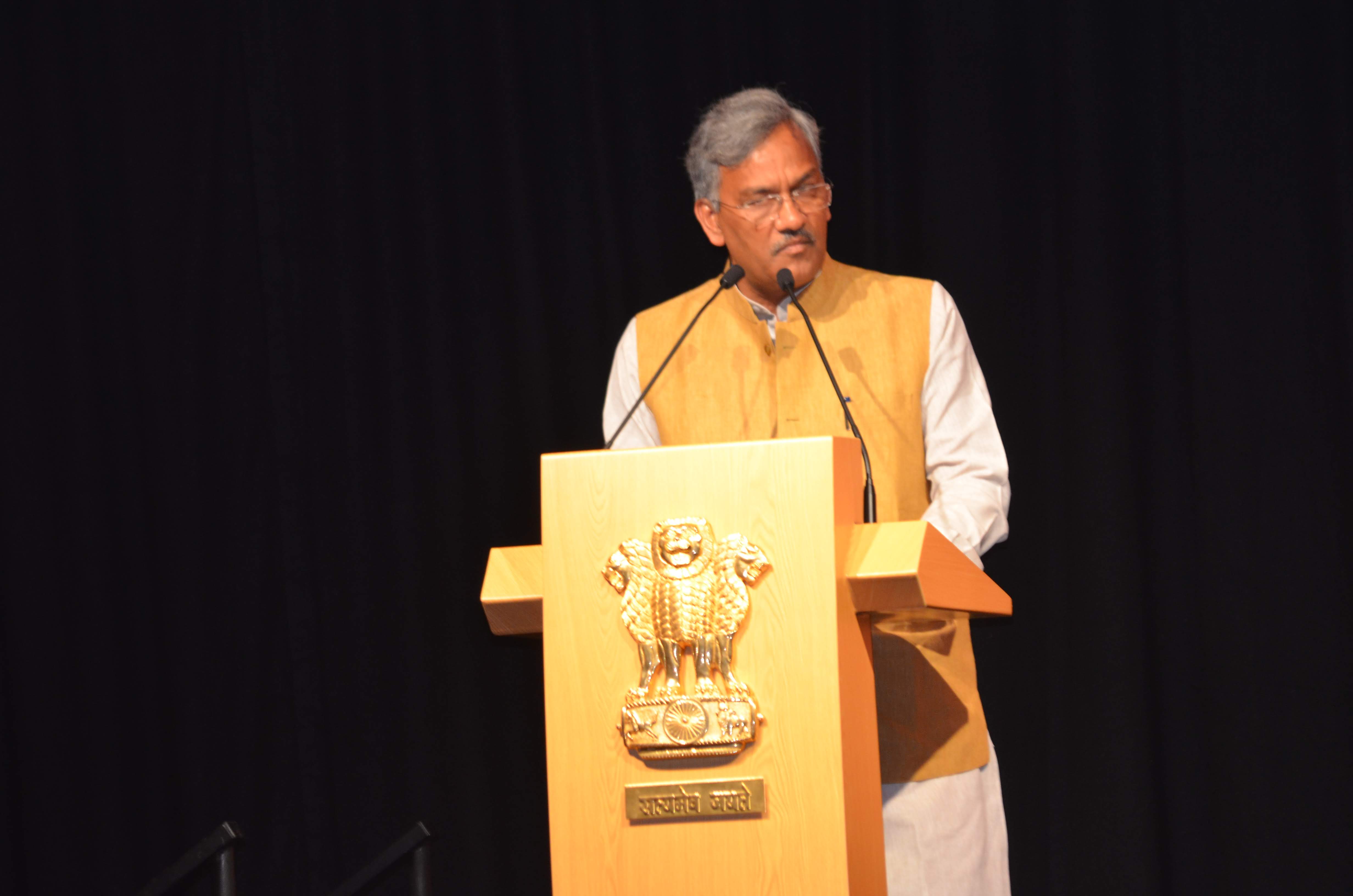 In his address at the Heliconia Main Ball Room in the Marina Bay Sands Convention Centre, the CM focused on Uttarakhand’s advantages as an investment destination. Photo: Connected to India

"The State of Uttarakhand is waiting for you to come to the State as a visitor, to stay as an investor; Uttarakhand which is oriented towards development, awaits you," said Rawat.

In his address at the Heliconia Main Ball Room in the Marina Bay Sands Convention Centre, the CM focused on Uttarakhand’s advantages such as connectivity with the nation’s capital, abundant water and power, multiple education and training institutes and the healthy law and order situation. He also spoke at length about the close ties between India and Singapore, quoting Indian Prime Minister Narendra Modi.

“There is a reason why Prime Minister Narendra Modi described our country’s relations with Singapore as warmest and closest during his visit to Singapore in June, 2018. When India opened up to the world and turned to the East, Singapore became a partner and a bridge between India and ASEAN,” Rawat said. 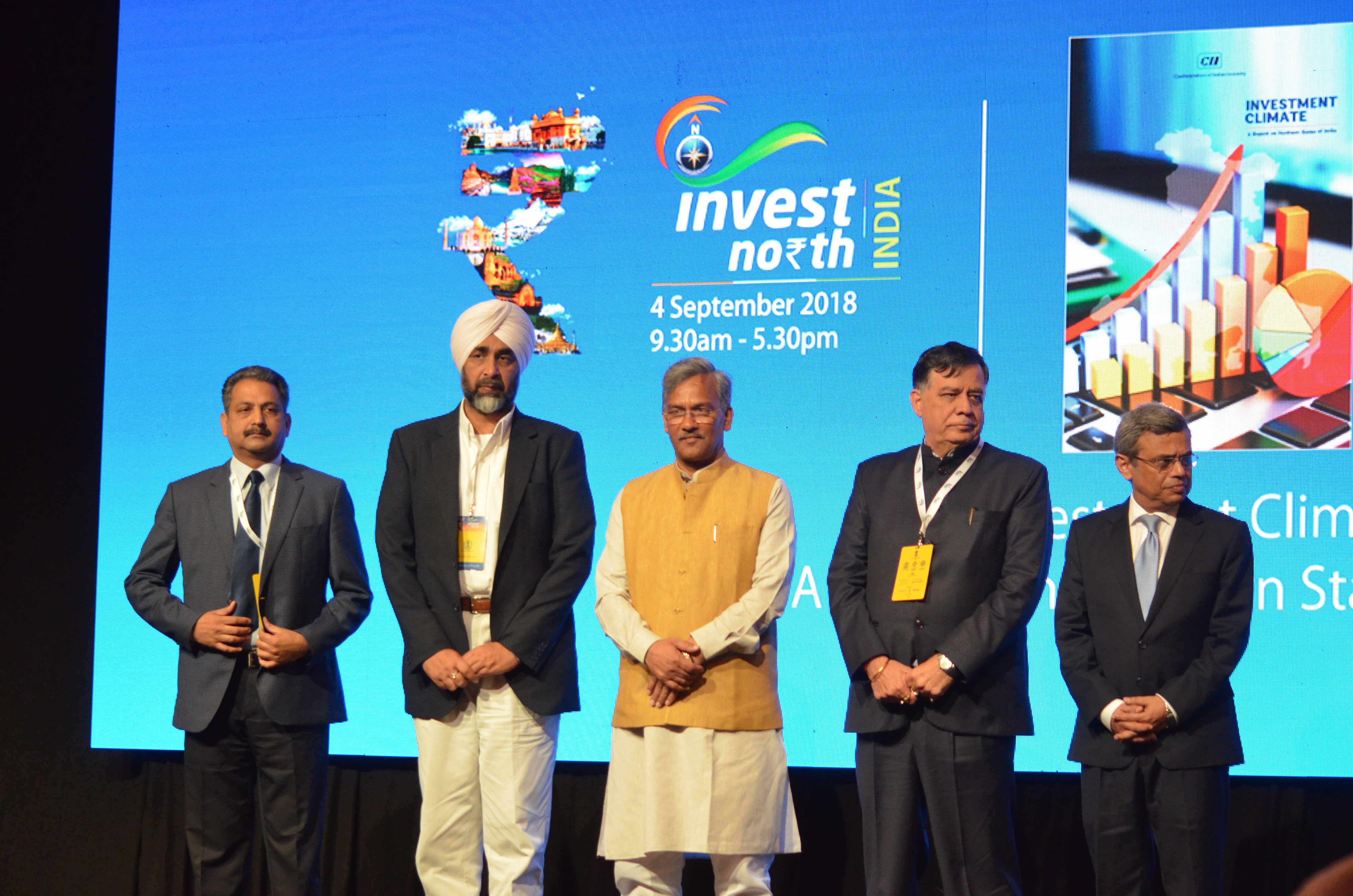 Trade between India and Singapore has expanded at a rapid pace since the opening up of the Indian economy in the early 1990s. India is the largest trading partner of Singapore in South Asia, with a bilateral trade of USD17 billion in 2017-18. India and Singapore recently signed the ‘Second Protocol amending the Comprehensive Economic Cooperation Agreement (CECA) to boost trade ties between the two countries. India‘s largest continuous naval exercise is with Singapore as well.

“I am happy to share with you that Uttarakhand has emerged as the top state in the country in terms of growth in the industry and services sector in the last ten years. The compounded annual growth rate (CAGR) of Net State Domestic product (NSDP) increased by 9.4 per cent in the state last year,” Rawat said. Further highlighting similarities with Singapore, he also stated that Uttarakhand is among the best states in the country in the ranking of ‘Ease of Doing Business’  for 2016 and 2017,and first among the hill states of the country.

“With the increasing competition among states to vie for investments, the Government of Uttarakhand is serious in its pursuit of providing an excellent investment climate to the investors. We urge companies of Singapore to come and explore the opportunities,” he stated. 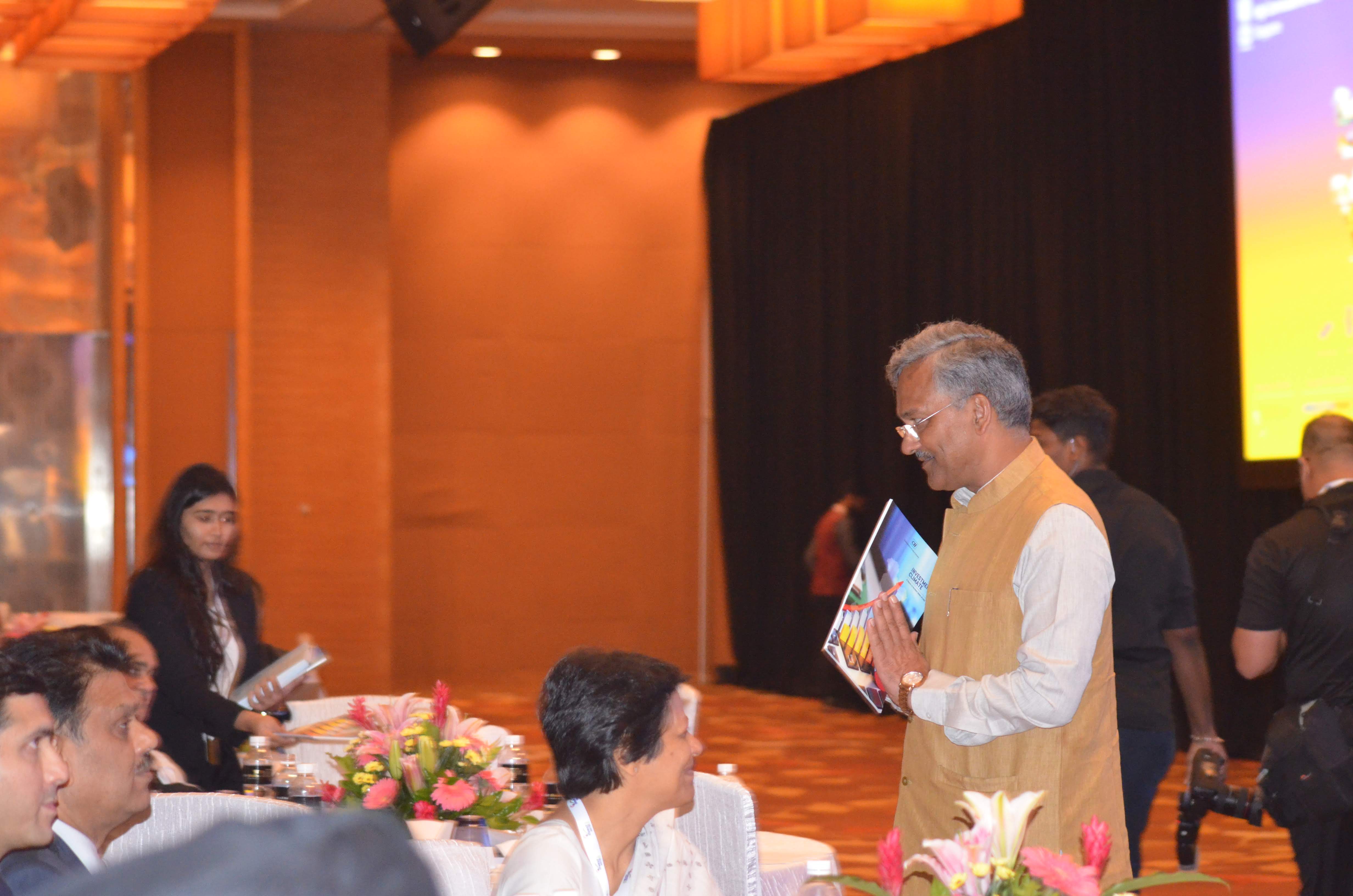 Rawat took the opportunity to invite the delegates to attend the state’s first Investor Summit set to be held on October 7-8, 2018. Indian PM Narendra Modi will inaugurate the event in Dehradun, the capital of Uttarakhand. Photo: Connected to India

​Rawat said his government has identified the focus sectors for investment in the state, including Tourism and Hospitality, Ayush and Wellness, Food Processing, Film Shooting, Animal Husbandry, Automobiles, Pharmaceuticals, Natural Fibers etc. There are also upcoming areas such as Renewable Energy, Biotechnology and Information Technology.

The government has actively identified the land and infrastructure for fulfilling the needs of these focus sectors and information about available land plots is available in the public domain. Investible Project Proposals are being made so that it can be ensured that a "Ready Reckoner" is available for the investors to assess opportunities.

The CM also emphasised that Uttarakhand takes advantage of the good connectivity with business, commercial hubs and neighbouring states, especially with the National Capital Region.  An all-weather road is being built to increase connectivity within the state to connect the rail line to Karnprayag, and to connect Haridwar, Rishikesh, Badrinath, Yamunotri, Gangotri and Kedarnath.

Rawat also said that “availability of abundant water resources in Uttarakhand, along with the lowest industrial power tariff in the country” provides a competent environment for setting up in the state.

“Invest North is an excellent platform to showcase the investment opportunities which states of the Northern region of the country have. The Government of Uttarakhand is committed to engaging with the investors in order to accelerate the economic growth of the state while looking for achieving mutual benefits in the process,” the CM said.

Rawat took the opportunity to invite the delegates to attend the state’s first Investor Summit set to be held on October 7-8, 2018. Indian PM Narendra Modi will inaugurate the event in Dehradun, the capital of Uttarakhand.

“This is an important and ambitious event for the State of Uttarakhand and it is an effort which will be for the enlightened circle, business leaders, leading academic institutions and innovations in all the sectors of Uttarakhand’s economy,” The CM said. “It will be a good opportunity to find out the possibilities of investment in the service sectors, bring proposals to table in order to attract investments in the State.”