“Arise, awake and stop not till the goal is reached” was the theme of the Vivekananda memorial event held at Shine Auditorium, Singapore on September 21. 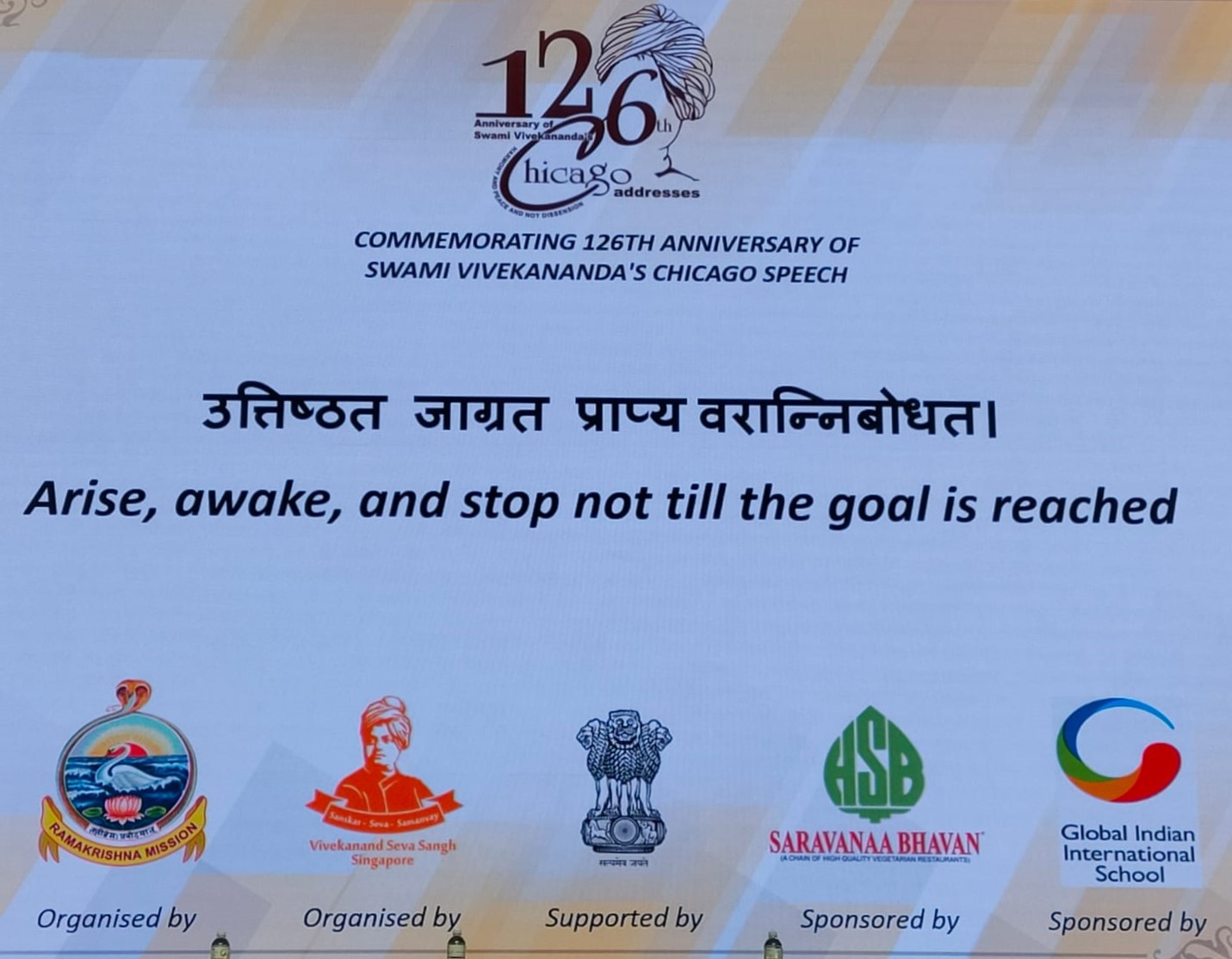 The theme of Vivekananda's 126 year old Chicago address is relevant even today. Picture: Connected to India

Organised by the Ramakrishna Mission and Vivekanand Seva Sangh Singapore, the 126th anniversary of Swami Vivekananda’s address at the Parliament of World Religions in Chicago was supported by the Indian High Commission in Singapore along with sponsors Hotel Saravanaa Bhavan and Global Indian International School, Singapore. 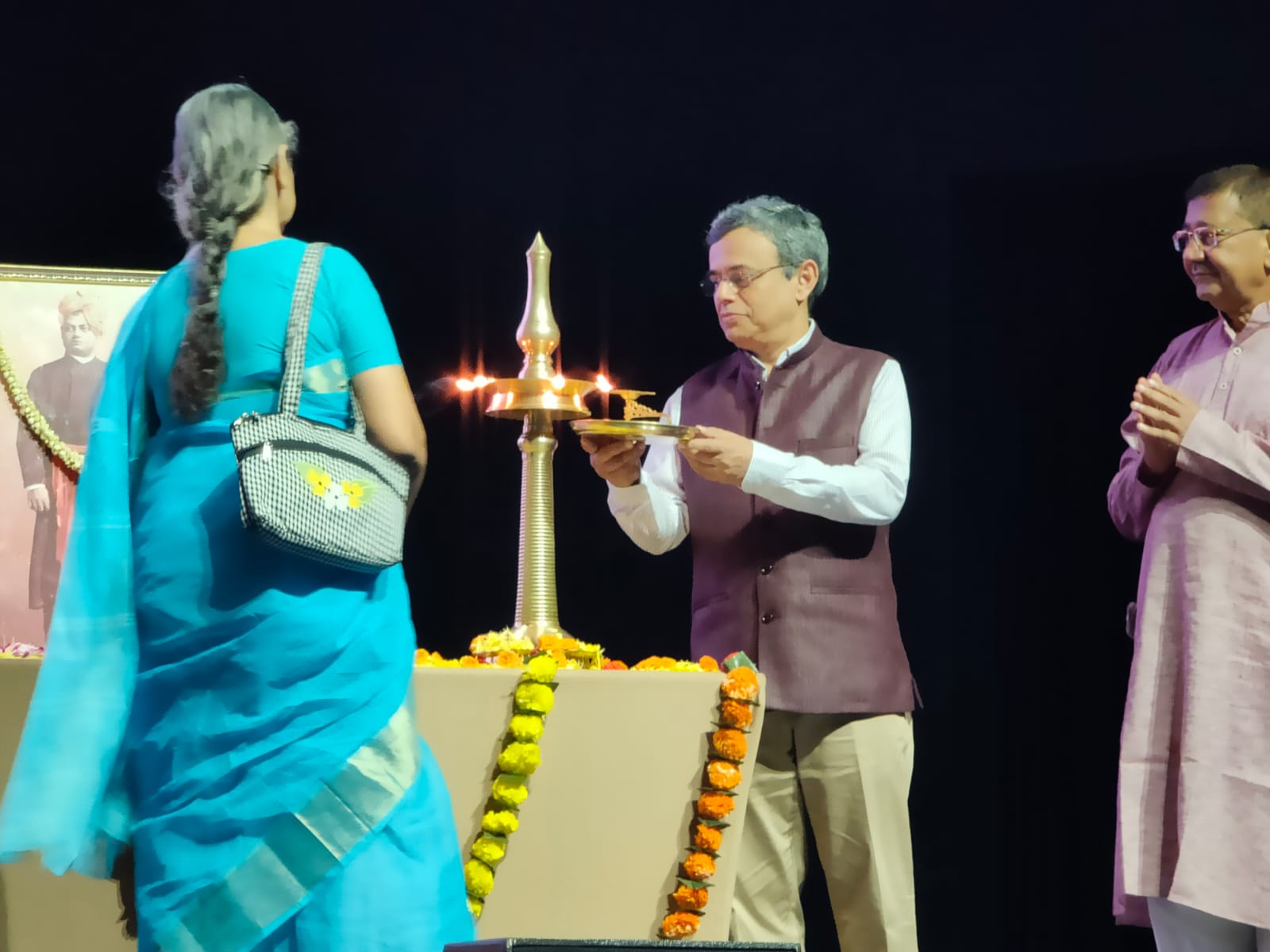 His Excellency Jawed Ashraf, the High Commissioner of India to Singapore lighting the lamp to inaugurate the event. Picture: Connected to India

It was in September 1983 that Swami Vivekananda had begun his speech at the Parliament of the World’s Religions with the salutation, “Sisters and brothers of America!” for which he got a standing ovation from a crowd of seven thousand, which lasted for two minutes.

The moral and spiritual values that Swami Vivekananda spoke about 126 years ago were "Help and not Fight," "Assimilation and not Destruction," "Harmony and Peace and not Dissension" and these hold true even today. On Saturday, these very sentiments were conveyed in Singapore through a series of quotations in colourful slides by the President of Ramakrishna Mission, Singapore, Swami Samachittananda.

Padmashri Nivedita Bhide, All India Vice President, Vivekananda Kendra from Kanyakumari gave the keynote address. She spoke about ‘Living a purposeful life through Swami Vivekananada’s teaching’ peppered with anecdotes from day to day life which appealed to the audience.

His Excellency Jawed Ashraf, the High Commissioner of India to Singapore gave the concluding remarks in which he talked about how the teachings of universal acceptance, which is part of India’s spiritual heritage and accumulated wisdom from the vedas and the Gita, is relevant even in modern times. He said that there was a renaissance during the times of Ramakrishna Paramhansa and Swami Vivekananda and a resurgence again today in India and Asia.