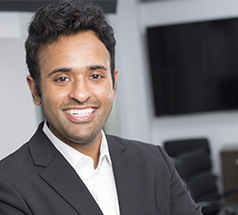 Two Indian Americans, Vivek Ramaswamy and Apoorva Mehta have been named among the Forbes' 'Richest Entrepreneurs under 40' list, now in its second year.

Ramaswamy came in at No. 24 on the 40-person list, whereas Mehta was placed No. 31.
The CEO of Roivant Sciences and Axovant Sciences, Vivek Ramaswamy, 31, continues to make waves in the biotech business, amassing a net worth of roughly $600 million through investments and his own accord.

As per a report by Forbes, Ramaswamy pulled off the biggest IPO in U.S. biotech history last year by listing shares of Axovant, a company that is trying to develop a new Alzheimer's drug.

The graduate from Harvard College also attended Yale Law School. He was named valedictorian of his high school in Cincinnati, where he was also a nationally ranked junior tennis player. 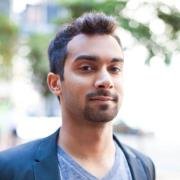 With a net worth of $360 million, Apoorva Mehta, 30, the founder of Instacart, is one of Silicon Valley's youngest immigrant success stories, as per Forbes.

Born in India, Mehta and his family moved to Canada in 2000, where he studied engineering at the University of Waterloo before working at Blackberry, Qualcomm and later Amazon.

According to Forbes, Instacart is valued at an estimated $2 billion, and most recently raised funding from Whole Foods Market in March 2016.

Facebook's Mark Zuckerberg, 32, is head and shoulders above everyone else on the 2016 list with a net worth of $50 billion - up nearly $3 billion from 2015. Placing second is fellow Facebook co-founder Dustin Moskovitz, who is more than $40 billion shy off the mark, raking in a net worth of $9.6 billion.