He was 25, fresh out of Indian Institute of Management, Calcutta (IIM-C), when he started his Parivaar (Family) with three street children. While the rest of his batch-mates appeared for campus placement interviews, even the thought of a job did not cross young Vinayak Lohani’s mind. “I had no interest. My friends read Jack Welch. I read Swami Vivekananda,” he said. 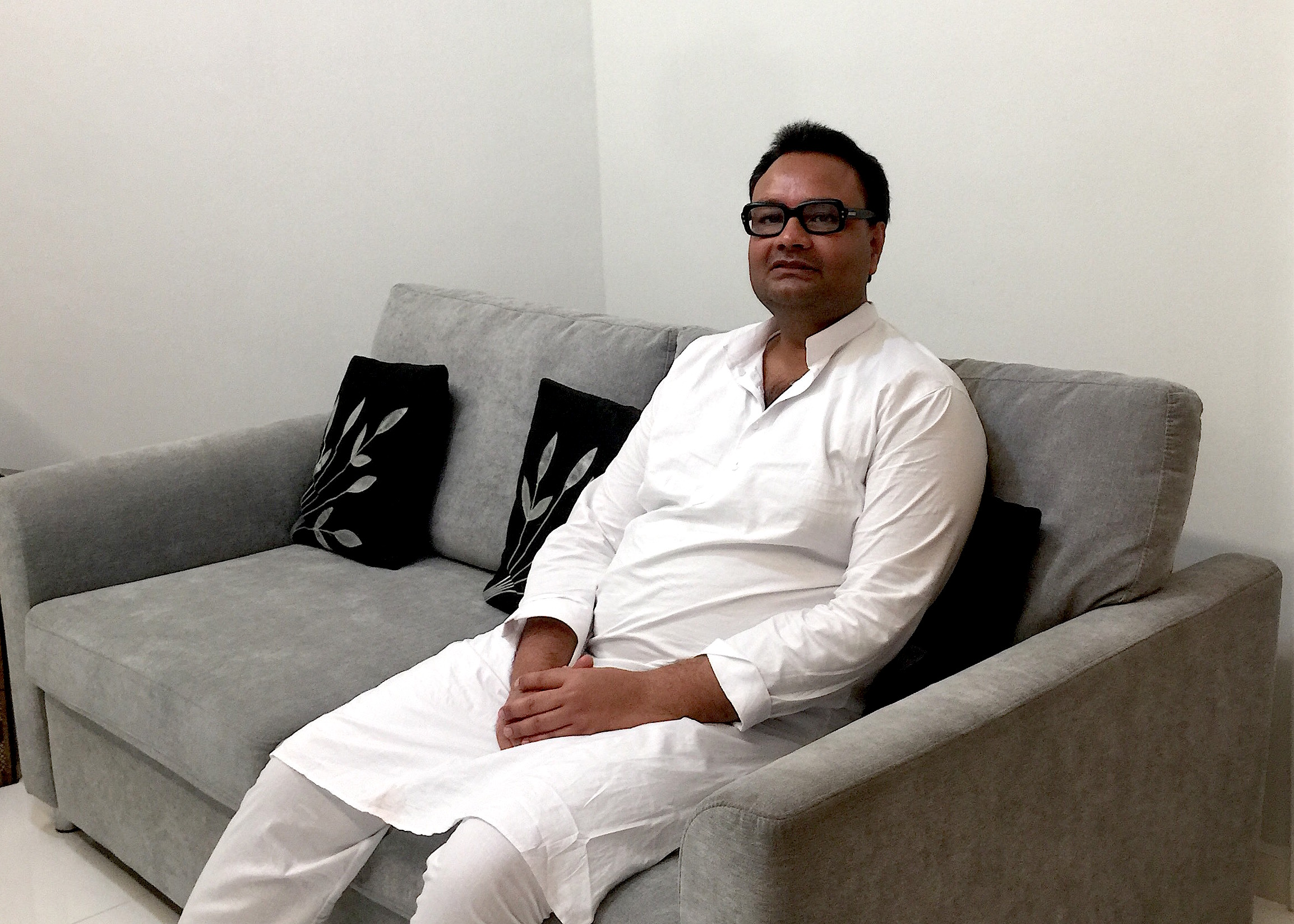 Vinayak Lohani is an alumnus of IIT-Kharagpur and IIM-Calcutta, who has set up a humanitarian institution 'Parivaar' for impoverished children. Photo: Connected to India

Connected to India caught up with the clear-headed Vinayak Lohani during his recent trip to Singapore; here to connect with the Parivaar supporters. There is nothing conventional about the man who just set upon his path of taking care of children who had no hope in life. He had to be literally convinced by his friends and well wishers to reach out to individuals and corporations for support. Nearly 30 per cent of the children at Parivaar are orphans.

Called ‘Father Teresa’ of Kolkata Vinayak is an alumnus of IIT-Kharagpur and IIM-Calcutta whose humanitarian institution Parivaar provides holistic care, education and upkeep of children from deprived, impoverished backgrounds. The centre acts as a conduit for what Vinayak says, "redemption of lost childhood, which every child deserves." 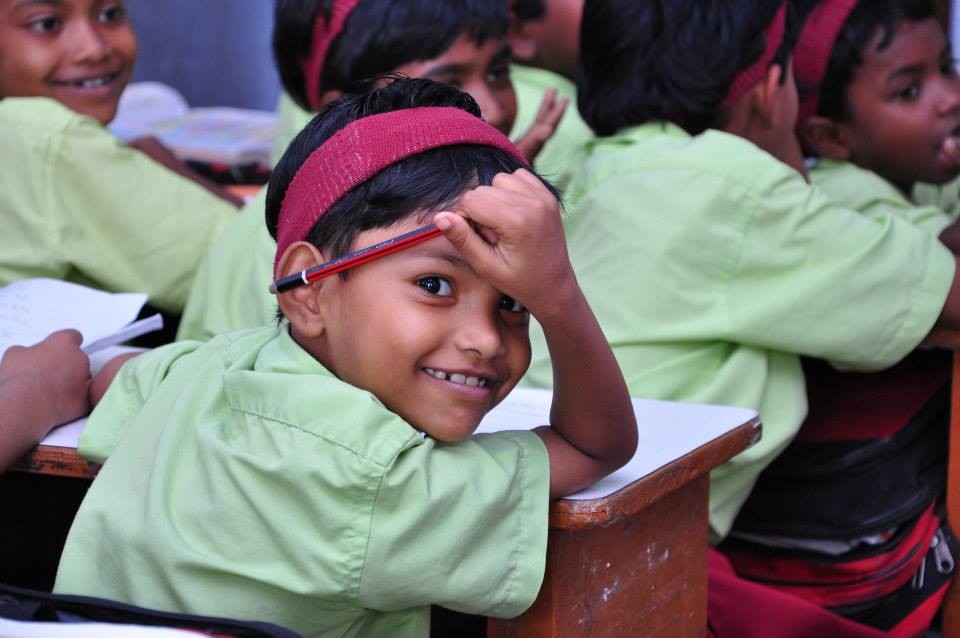 Parivaar works towards the total care and overall development of children who are highly vulnerable to exploitation, victimisation and trafficking, including orphans, street children, abandoned children, and extremely impoverished children from tribal areas.

“While deciding the course of our lives, we fail to respond to our inner voice as we are conditioned by our society. The need of the hour is to decondition and think what we can do. The superimposition of jarring notes and external noise on our inherent true musical notes is so much that our inner voice gets drowned. The main thing is to listen to your inner voice and then decide the course of your life and lead a meaningful life,” stressed Lohani about listening to our inner selves rather than dictated by societal norms. 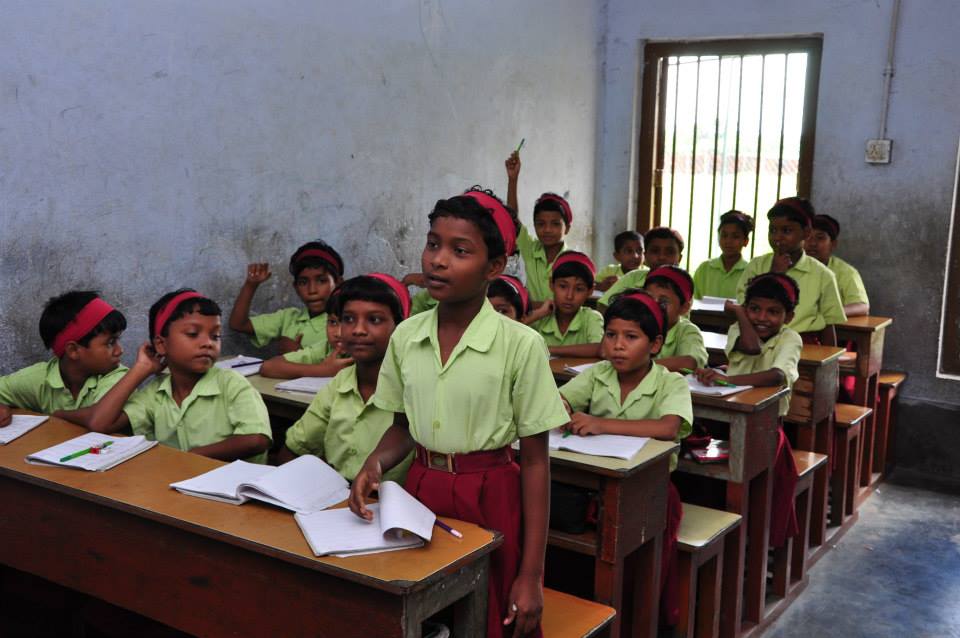 Boys and girls are provided residential living, education, and physical activity in a loving and caring atmosphere at Parivaar. Photo courtesy: Parivaar

“Vinayak leads a very simple life and doesn’t carry money even when he travels abroad, which is very unconventional in modern times. He does not own a credit card and till recently didn’t have a personal bank account. He had to open an account recently to accept travelling allowance payments as he is involved in various government projects. He eats and lives with the children of his Parivaar,” reveals Akash Mohapatra, Managing Director & Associate General Counsel at Deutsche Bank and one of the passionate supporters of Vinayak. Akash who has visited Parivaar on a few occasions encourages NRIs and people of other nationalities in Singapore also to visit Parivaar.

Vinayak started Parivaar with just three children in a small rented building in 2003 and almost no financial resources. He started coaching children preparing for the management entrance examination to pay the monthly rent of INR 12,000 (SGD 243.20) but that was not suffice. 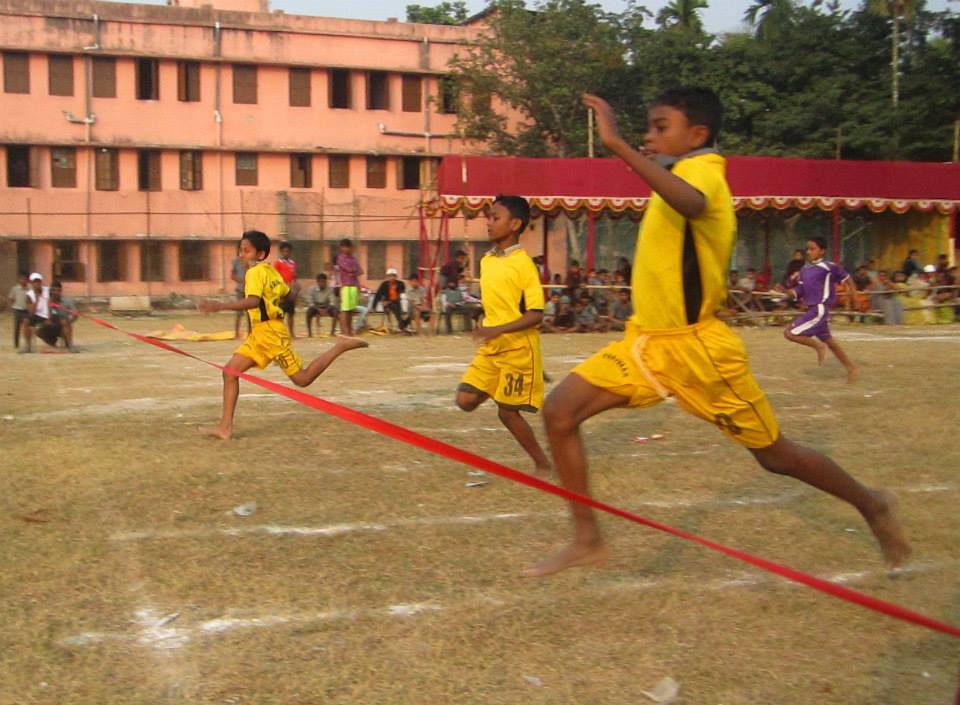 Along came his first supporter, his mother, who instead of talking him out and convincing him to pursue the usual benchmark of success, became the first donor.

Eventually IIT and IIM alumni also supported him. "I first began writing email appeals to IIM-Calcutta alumni-the domain which I had access to. Though I had written to more than 1,000 people, percentage-wise, small number of people responded. Still, number-wise, it was about 20 to 25 people who responded which was very encouraging to me. I realised that when I am just starting this work, even at this stage, there are people who are showing confidence and trust in me." said Vinayak. 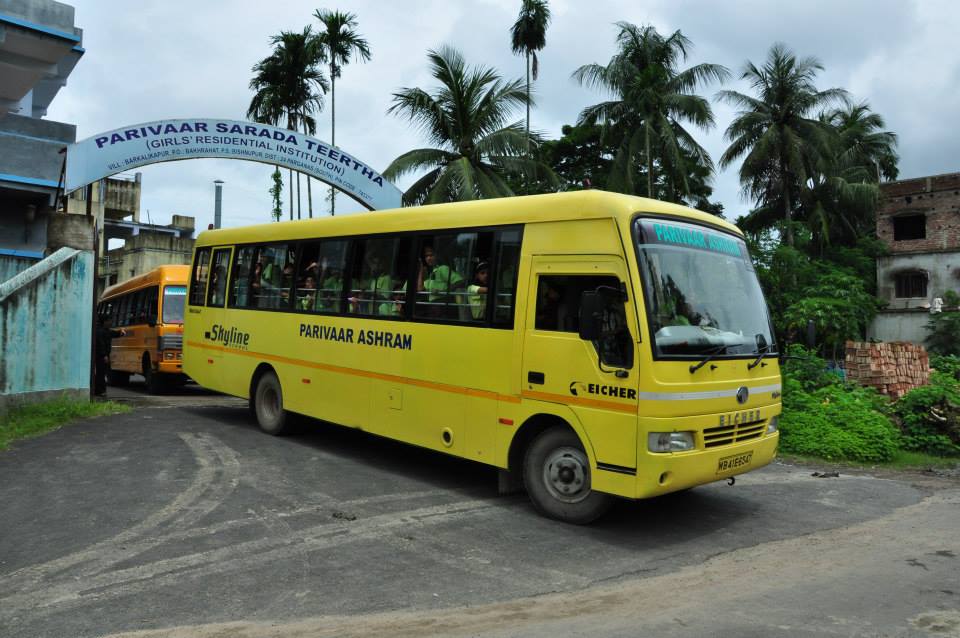 A bus taking the students of Parivaar Sarada Teertha to their school. Photo courtesy: Parivaar

At the end of 2004, Parivaar purchased its own land and developed its first campus: Parivaar Ashram. In 2011, Parivaar expanded to having separate campuses for boys and girls - Parivaar Vivekananda Sevashrama for boys and Parivaar Sarada Teertha for girls. Boys and girls are provided residential living, education, and physical activity in a loving and caring atmosphere. Presently, there are 1,800 resident children (girls and boys) at Parivaar. 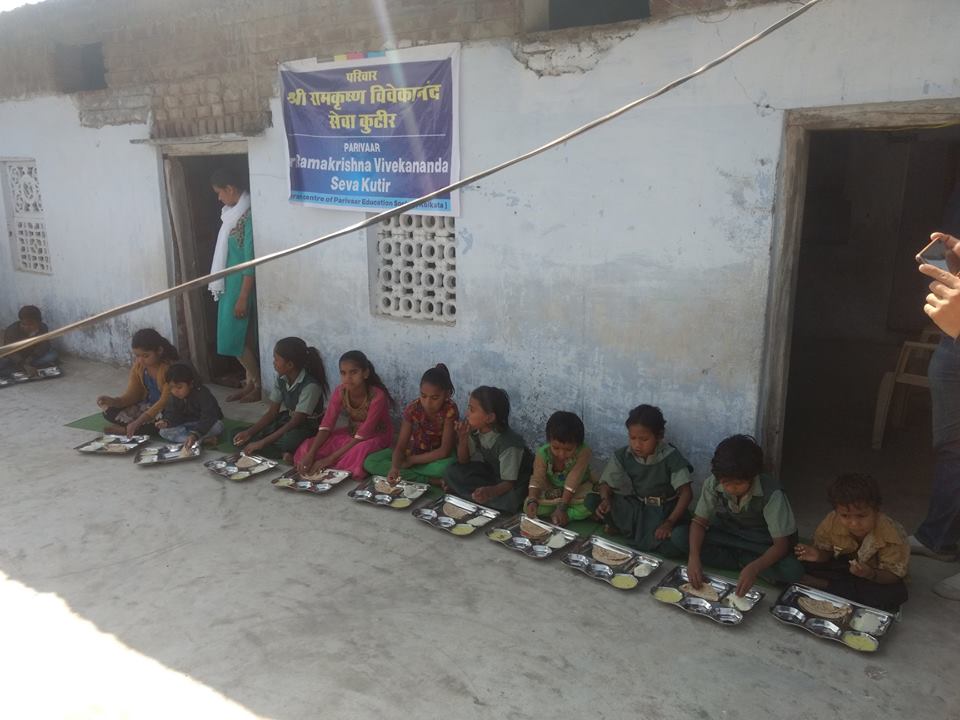 “The mission is to establish about 50 such sewa kutirs in the coming three years”, reveals Lohani about his future plans. 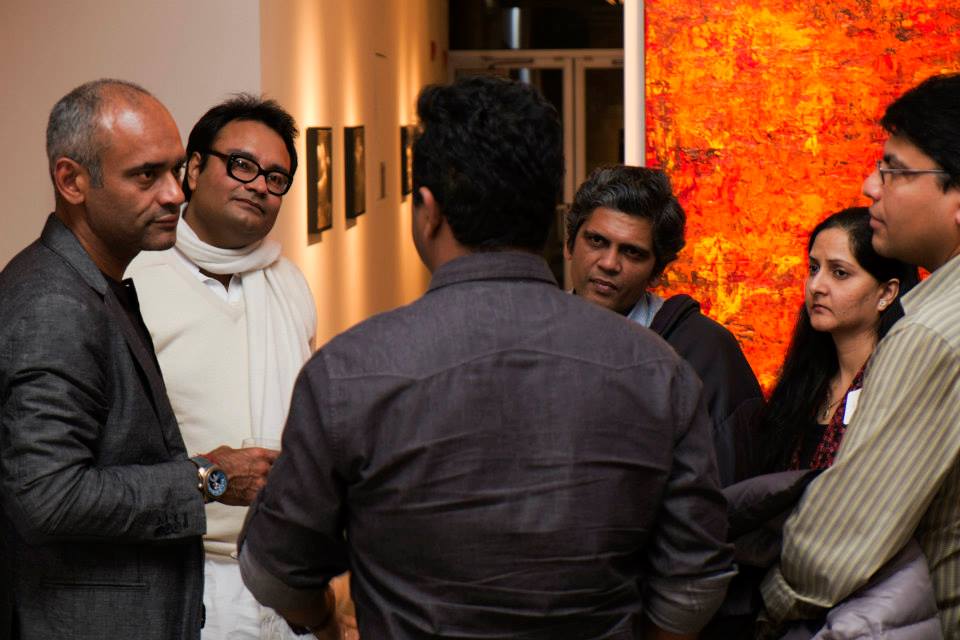 For undertaking care of the underprivileged children, Parivaar depends on the funds, which partly comes through CSR (Corporate Social Responsibility) activities undertaken by corporations.

Deutsche Bank and its staff have played a pivotal role in supporting Parivaar in its journey since inception.  Parivaar has been selected as the beneficiary organization for the bank’s annual fund raising drive called ‘Donate one Day’ where staff in Singapore donate a day or more of their salary and the Bank provides match funding.  This has helped to build an academic block as well as a dormitory for girls. Deutsche Bank, Mumbai also sponsored 400 girls with a remarkable INR 12 million (SGD 240,000 approx.) in 2017. Deutsche Bank staff from Singapore and India have been visiting Parivaar to volunteer and engage with the children.  A Deutsche Bank alumni, Rajesh Raman, Managing Director at Dymon Asia Capital, Singapore is currently on the board of Parivaar. 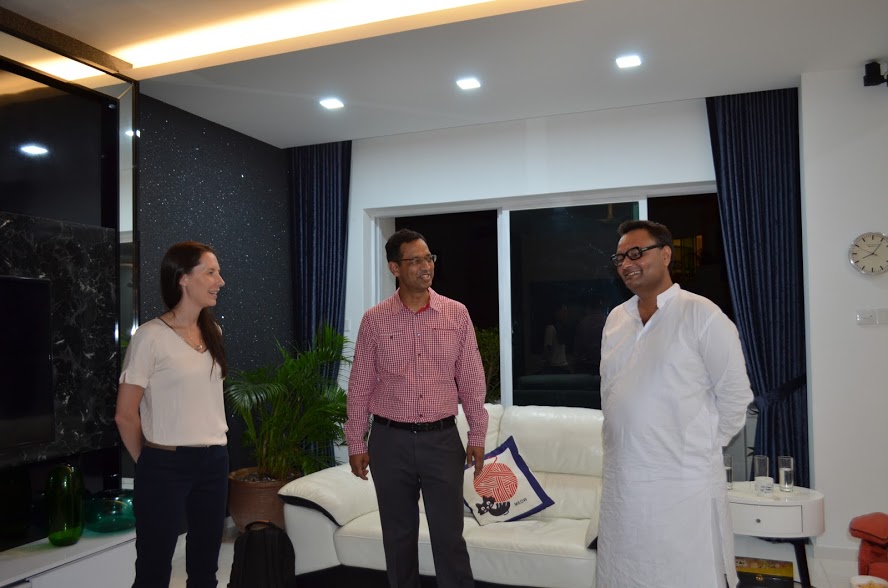 Hayley Sharratt, Vice President, Vice President, COO Corporate Services at Deutsche Bank said, “Meeting Vinayak was such an honour.  When I spoke to him I was inspired by his selflessness, and how he has dedicated his life to the children of India. We plan to continue to support Parivaar in any way we can and encourage others to do the same, so that Vinayak can continue to grow his outreach.”

Anne Uhlig, Vice President, COO Corporate Services at Deutsche Bank, who visited Parivaar in 2017 with a group of Deutsche Bank colleagues, said, “We met the children who are hungry to learn and curious about the world. We also had a get together to understand what their dreams and future plans. And we learnt about their dreams and passions.”

The institution of Parivaar has many inspiring stories which has brought about a complete transformation in the life of children. Giving one instance, Vinayak Lohani said that a girl child who was a beggar and ragpicker at a railway station is now occupying a top managerial position in a Kolkata company. She joined Parivaar when she was only a six-year-old with the permission of her mother. 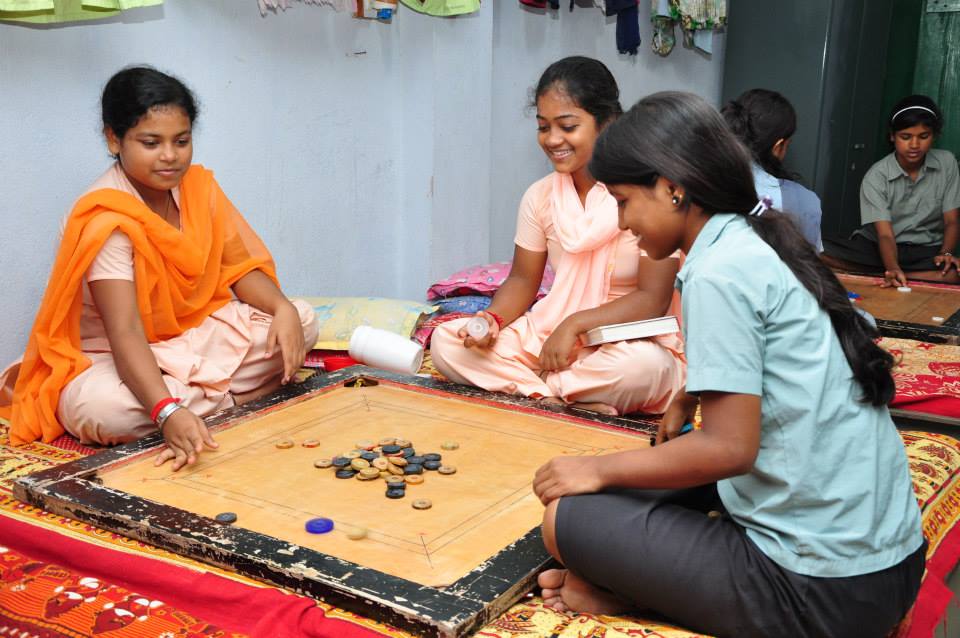 A Parivaar boy has become a software professional in a computer company, coming up from a nearly destitute background, with his mother and elder sister involved in the flesh trade. At nine years of age, he had no schooling, but his life was transformed when he joined Parivaar. Doing a one-year bridge course, he was promoted to standard fourth. After 13 years of education and a computer programming course, he is now gainfully employed and also supports his mother and elder sister.

Vinayak shares these examples with pride while stressing that a lot more needs to be done. 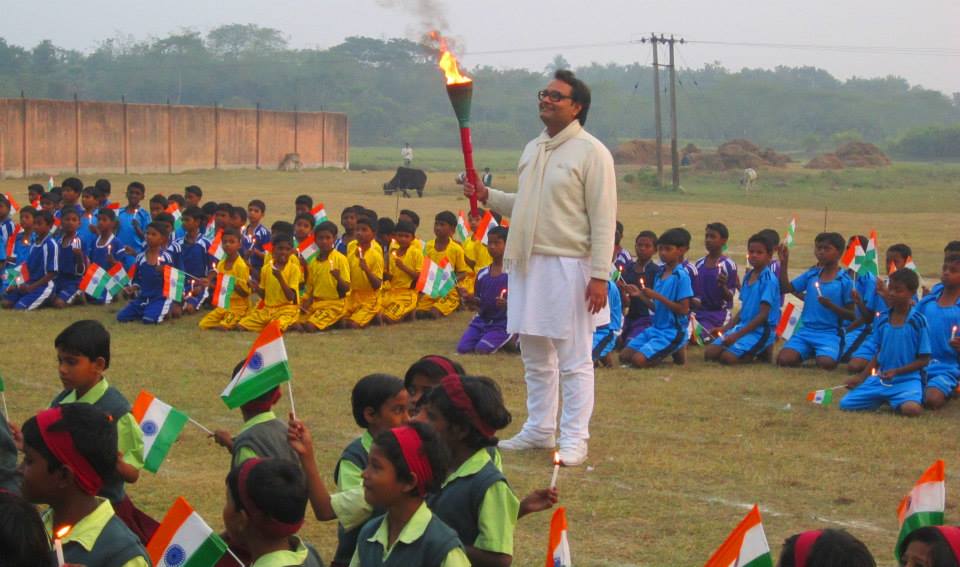 Vinayak Lohani holding the torch at the annual Athletic Meet at Parivaar metaphorically urging the students to stand up and express the vast potential hidden inside them. Photo courtesy: Parivaar

Clearly this man is nowhere close to stopping to bask in the glory of appreciation and as he quotes the great Swami Vivekananda on his FB Post for the search of Parivaar 'Arise Awake Fellowship' will continue to grow his Parivaar. “All power is within you; you can do anything and everything. Believe in that, do not believe that you are weak; do not believe that you are half-crazy lunatics, as most of us do nowadays. You can do any thing and everything, without even the guidance of any one. Stand up and express the divinity within you.”