Vicky Kaushal rocks it again, this time in the Indian Army uniform 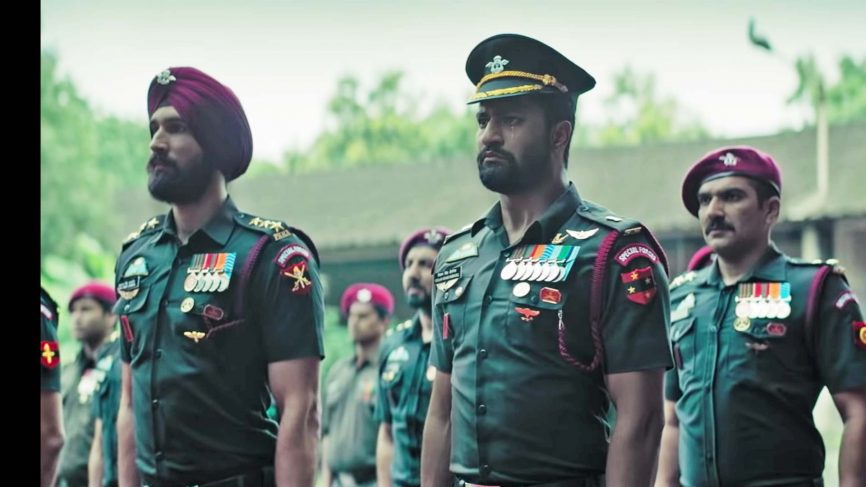 Uri is a treat to watch with stunning cinematography and visual effects. Photo courtesy: RSVP Movies/YouTube

Uri – the surgical strike, a low budget film which has made it big based on the fourth day collection. Is Bollywood finally growing up? Maybe it is too soon to say that since, it's mostly low budget films that have done it, not the mainstream big budget films, which are still churning out acidity inducing masala flicks. The positive, however, ever is that this adds to the collection of low budget Bollywood films which are increasingly dishing out mature treatment to both their films and the audience, such as Andhadhun, Badhaai Ho, Raazi, Stree, to name a few.

Uri is a treat to watch with stunning cinematography and visual effects. However, the combat scenes and action sequences take the cake! This I can say with some confidence having done research, observed and spoken to many subject matter experts on such tactics over the last four years. Realistically executed reconnaissance, raids, ambushes, stealthy insertion into unfriendly terrain and aerial evacuation from enemy territory – all done like a well-choreographed symphony -  had me virtually clapping my hands in glee. Kudos to the Indian Army Commandos whose stringent training and high standards alone could have made the real Uri surgical strike, which inspired this movie, a ‘zero-casualty’ mission.

Though slightly on the lengthier side, especially the second half, the movie is still gripping and thrilling. The portrayal of the private lives of these amazing soldiers, to show their sensitive, romantic, filial, paternal sides is nicely done. Who wouldn’t want to watch the dishy Mohit Raina’s dimple laden smiles or the lovely Yami Gautam getting more screen time! The female characters in the movies have been portrayed as strong women whether as intelligence agents, combat pilots, daughters, wives or mothers of the uniformed personnel. The regimental war-cry – loud enough that the enemy should quake in his boots - by the bereaved daughter at her father’s military funeral shook me up. It was even more poignant when I was reminded that this is based on a real-life act, where 11-year-old Alka Rai gave her martyred father Colonel M N Rai a brave-hearted send off by shouting the Gorkha Regiment’s war-cry at his funeral. The real-life husband-wife pair of Paresh Rawal and Swaroop Sampath, as usual, do justice to their respective roles

We saw Vicky Kaushal in Raazi as a Pakistani Commando and a gentleman. Here we see Vicky as a Commando in the Indian army and again as a gem of a man. The 5 months of stringent military and mixed martial arts training that he went through to enact the role, are paying dividends. What a 360-degree shift from his role in Manmarziyaan!

Unlike typical Bollywood movies, there are no song and dance sequences in this movie. The background music score complements the action on the screen without over-powering the scenes. Uri: The Surgical Strike, strikes just the right note. Without stuffing clichés or flag-waving nationalism down your throat, it still manages to strum the chord of patriotism, that reverberates even after the audience leaves the cinema halls.