20-year-old Meenakshy Jyothish was crowned as the next youth singing sensation in a much awaited season finale episode aired on March 29.

Meenakshy, a 3rd year Environmental Engineering student at NUS, will now get the opportunity to sing a special composition by music director Shabir for a Kollywood film. 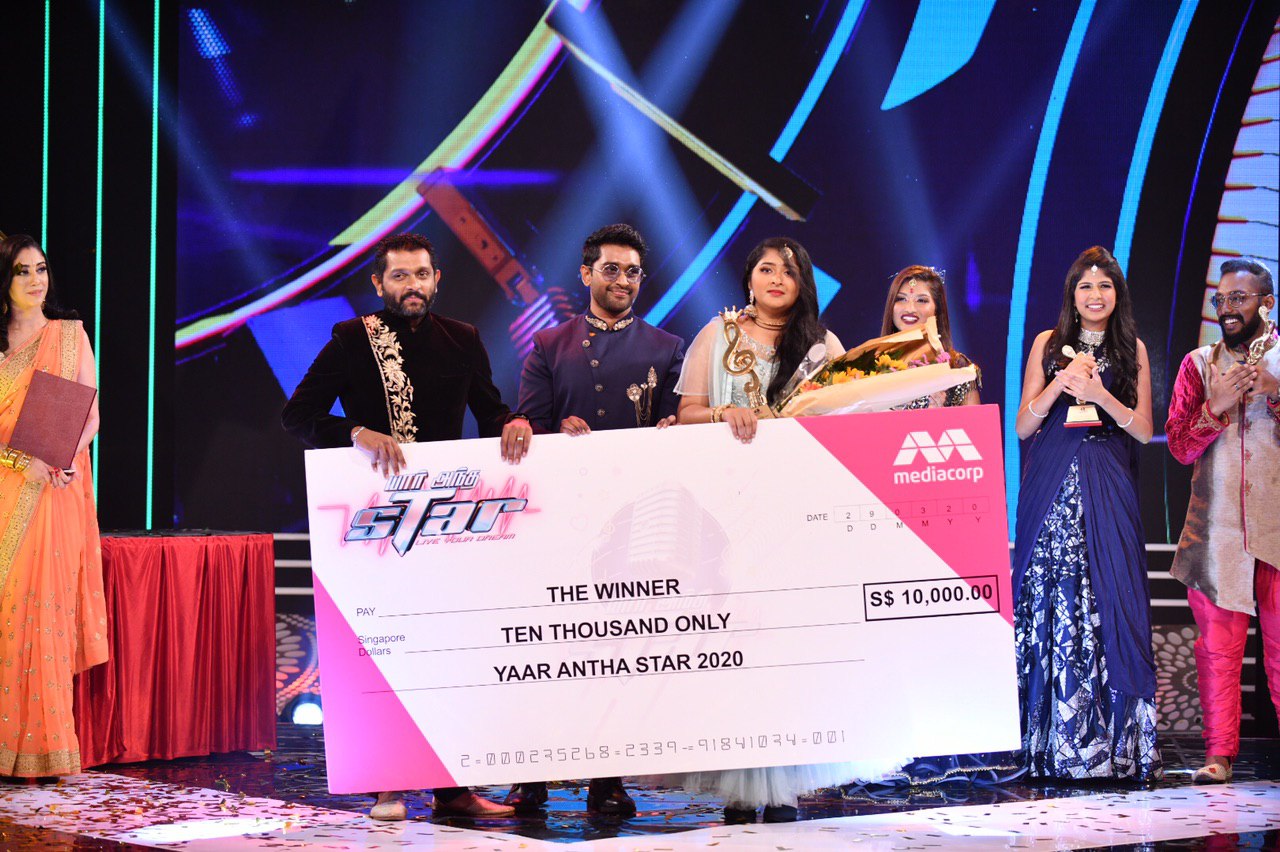 Meenakshy bagged a cash prize of SGD 10,000 and signed in on an opportunity to sing a special composition by music director Shabir for a Kollywood film. Photo Courtesy: Vasantham

Her rendition of Ezhu Swarangalukkul Ethanai Paadal, originally sung by the mellifluous Vani Jayaram, in the penultimate round received great praise.

Meenakshy’s mom and sister Pallavi - who was among the top  7 contestants in Vijay TV''s Super Singer Junior 2016 - were with her.

Meenakshy’s father who is in Dubai couldn't make it to Singapore for the final due to COVID-19 travel restrictions. 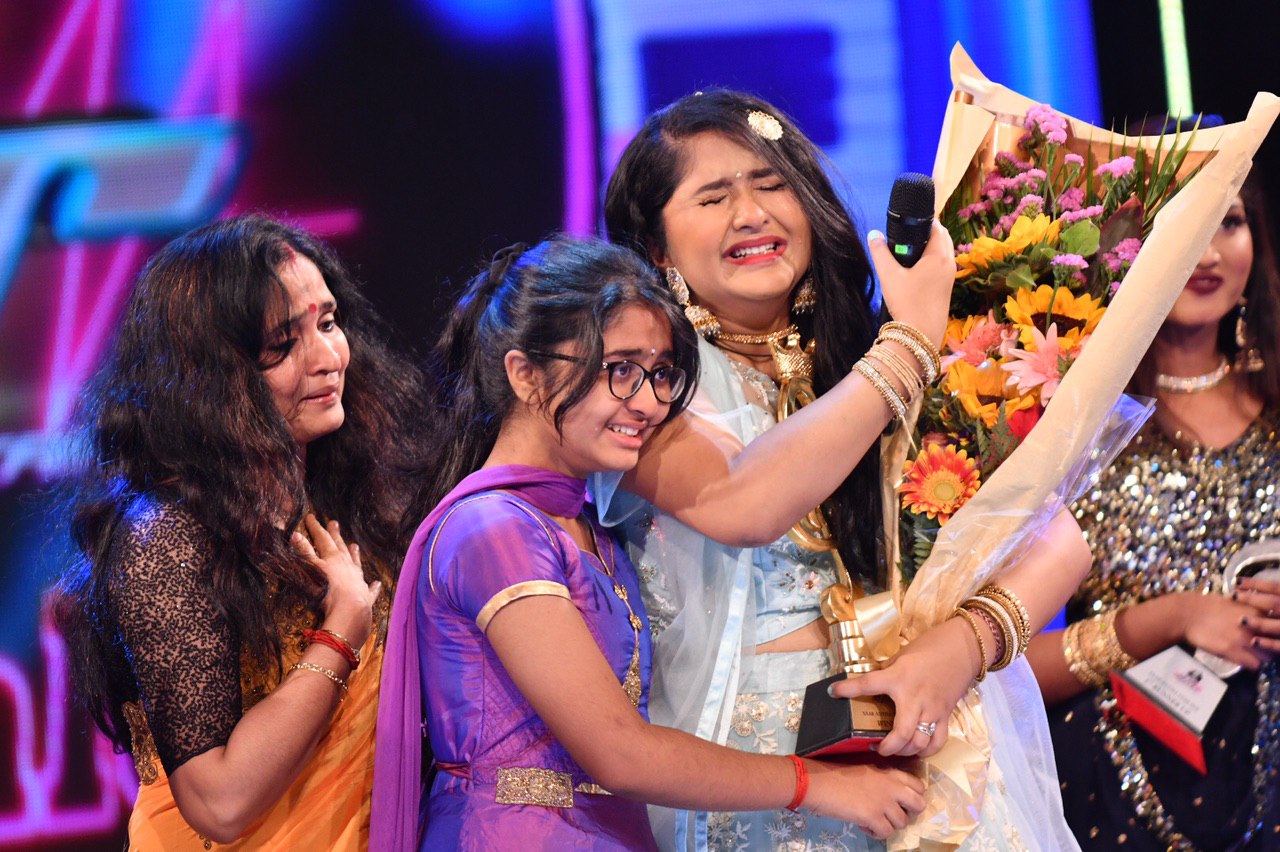 Meenakshy's winning moment with her mom and sister turned emotional as her dad couldn't make it from Dubai to Singapore due to COVID-19 travel restrictions. Photo Courtesy: Vasantham

A visibly overcome Meenkshy said, “I am indebted to my family, friends and well-wishers for their love and support for me throughout this journey. I have worked really hard, and with all of your blessings, it has paid off in the end. But this is only the beginning of the next chapter, so please keep showing your love and support throughout.” 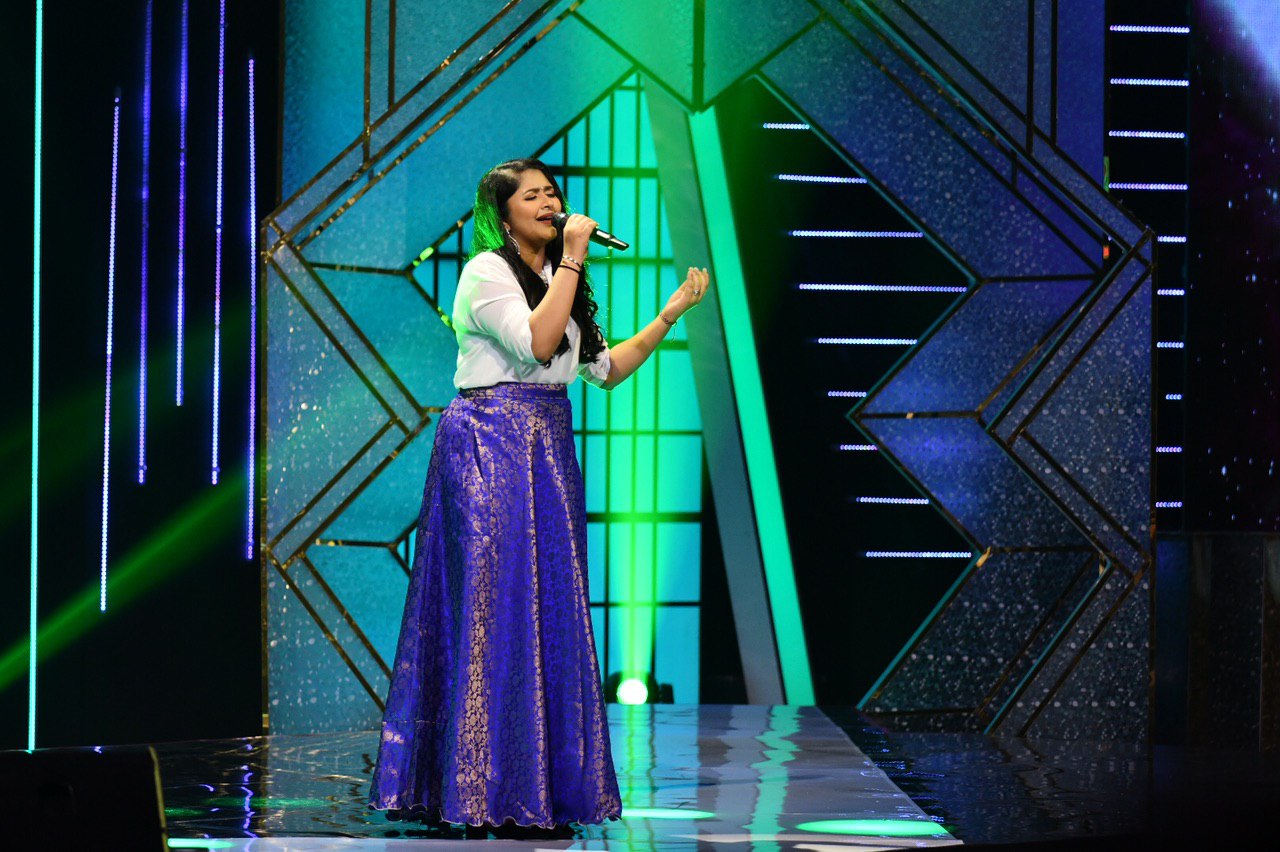 More than 200 singers auditioned for the show in December last year, of which only 15 made it to the competition. 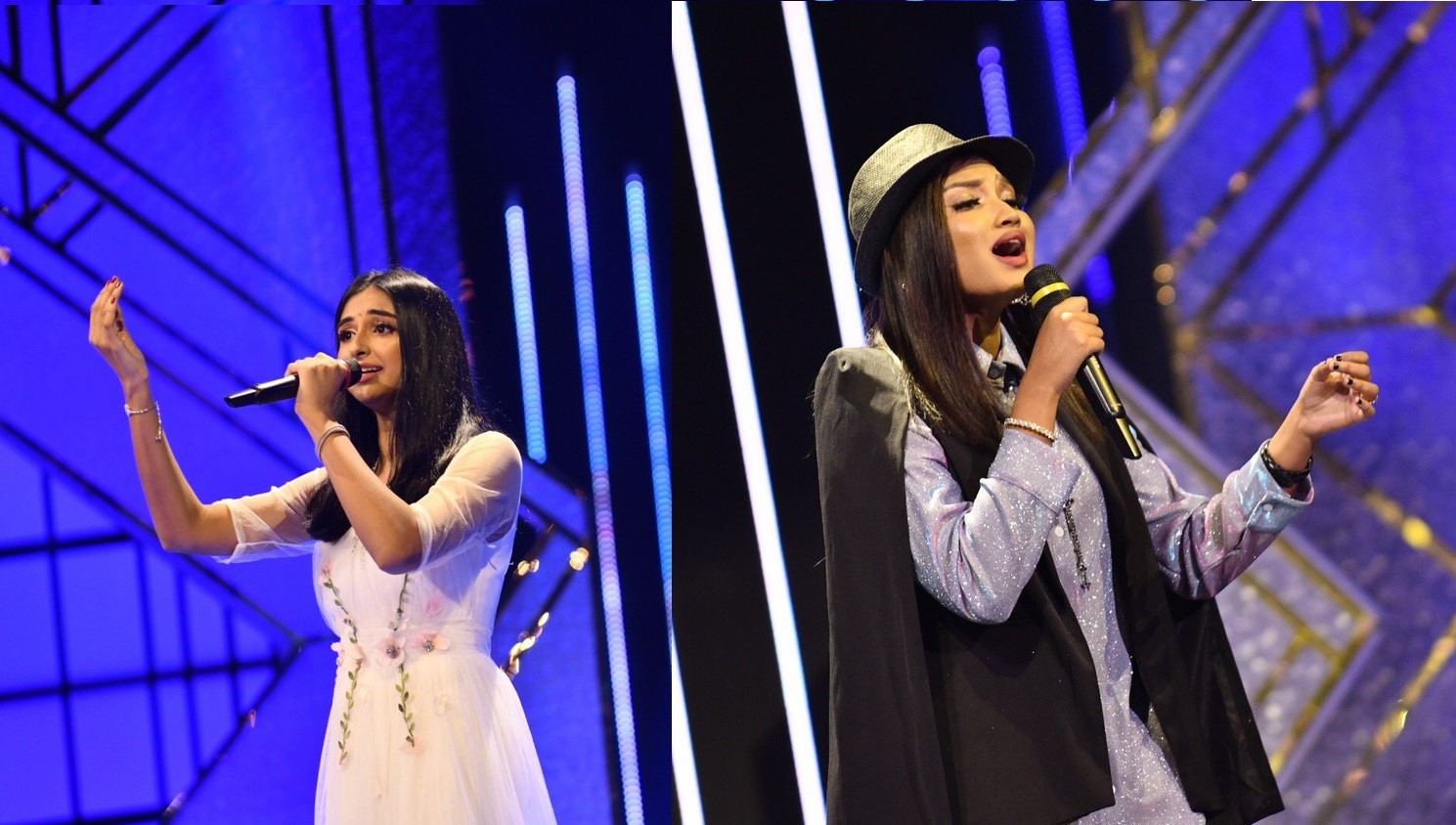 After 10 gruelling weeks of competition  which included melody, folk and classical genres,Durgashini, Meenakshy, Sathya and Sneha emerged as the four finalists.  The fifth finalist Sugirthanjali was earlier eliminated but reentered through a wildcard round, determined by online voting. 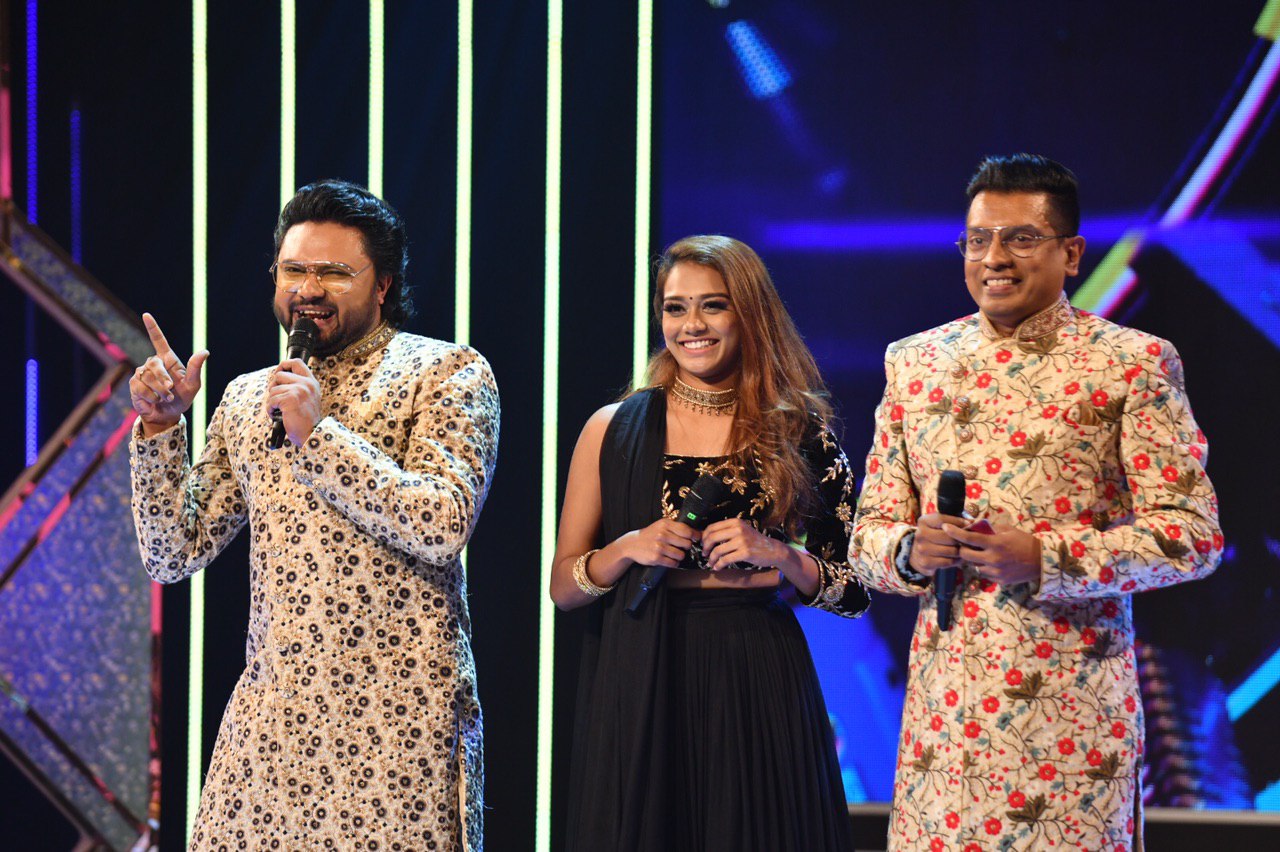 Popular Vasantham personalities Karthikeyan, Eswari and Elamaran hosted the show which is the 7th instalment of the YAS series. Photo Courtesy: Vasantham

Popular Vasantham personalities Elamaran, Eswari and Karthikeyan, hosted the show which is the 7th instalment of the YAS series. 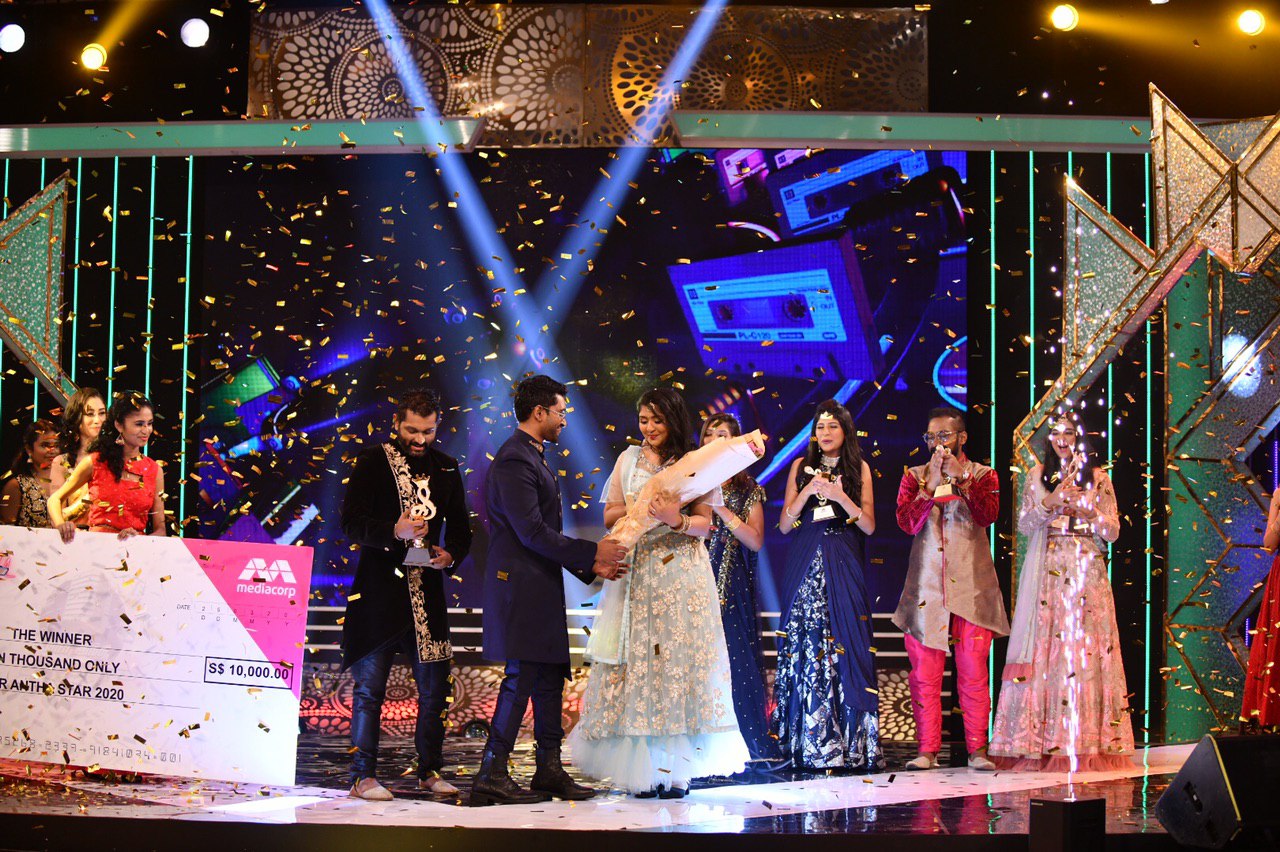 The confetti shower as Meenakshy is crowned winner of YAS 2020. Photo Courtesy: Vasantham

"Yaar Antha Star has established itself as a platform to unearth new young talents. For all our contestants, this is certainly not the end of their journey, but marks the beginning of a new adventure as they become part of Vasantham's entertainment scene”, said Sabanitha.

The final of Yaar Antha Star this year reached out to viewers beyond the traditional medium of television. It was simulcast live on meWATCH to viewers around the world while engaging them extensively on social media through Facebook, Twitter and Instagram. 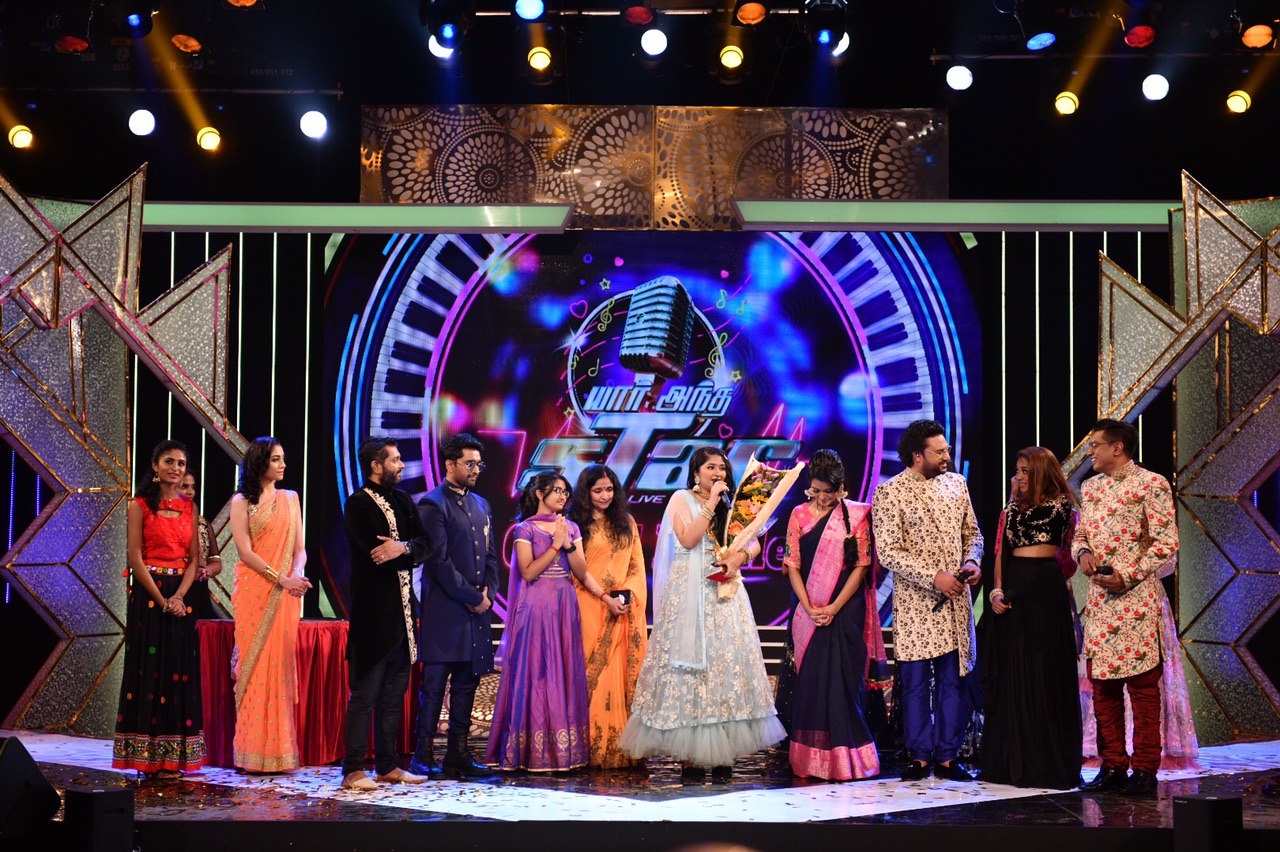 The winner of YAS 2020 Meenakshy with her family, judges, hosts, mentors and the team of Yaar Antha Star. Photo Courtesy: Vasantham

“It is heartening to see the format evolve this year with an emphasis on digital and social media engagement, catering to a new breed of audience who want to consume entertainment on the go. Through talent discovery platforms such as Yaar Antha Star, Mediacorp will continue to invest in nurturing talent by providing them with the environment and resources to prime them for the main stage," said Sabanitha.