NRIs, diaspora, and people of Indian origin from round the world converged in the ancient city of Varanasi today to mark the start of Pravasi Bharatiya Divas 2019 - the biggest ever annual get-together of globally scattered Indians under one roof. 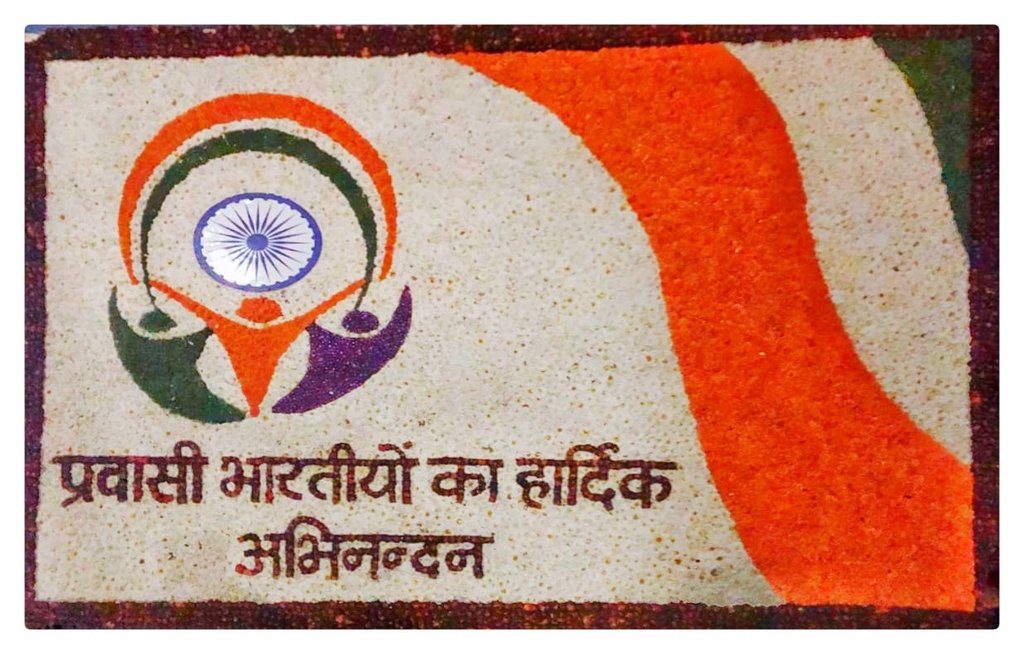 The three day long convention in the holy town of Varanasi, also known as Kashi or Benares, the cultural and spiritual capital of India, will witness scores of sessions, seminal talks by experts and luminaries in their fields, cultural programmes and visit of the NRIs to renowned places of Kashi, Sarnath and Ganga Ghats among others.

Young students braved early morning chill at Lal Bahadur Shastri International Airport to greet the arriving pravasis to share the warmth of Atithi Devo Bhava, Indian hospitality that places the guest on the pedestal of gods.

Meanwhile, the local police also issued an advisory to the participants to not carry too much money in cash and use digital means of payments instead during their stay in Varanasi and then in Prayagraj for Kumbh Mela.

The theme for PBD 2019  is "Role of Indian Diaspora in building New India". Several world leaders of Indian origin will share their insights into the role of Indian diaspora for a New India.

Major events include a Youth PBD on the opening day with the focus on the generation next especially from Uttar Pradesh. The young diaspora will engage with its counterparts back home in India. External Affairs Minister Sushma Swaraj along with UP Chief Minister Yogi Adityanath,  Minister of Sports and Youth affairs, Colonel Rajyawardhan Singh Rathore shared the dais with Member of Parliament from New Zealand Kanwal Jeet Singh Bakshi and MP from Norway Himanshu Gulati among others.

Prime Minister Narendra Modi  will inaugurate the PBD on 22 January with  the Prime Minister of Mauritius, Pravind Jugnath as the Chief Guest.  Several plenary sessions will be held on issues ranging from challenges and opportunities to sustainable development , artificial intelligence and cyber capacity to name a few at Deen Dayal Upadhyaya Trade Facilitation Centre-TFC, the main venue of PBD at Bada Lalpur of Varanasi.  Prime Minister Modi will also host a lunch for the Heads of states and over fifty selected Pravasi Bhartiya delegates and leaders.

#PravasiAtVaranasi
Mr. Vasu Shroff from UAE, has been attending PBD for the past 14 editions. He was awarded the Pravasi Samaan Award in 2017. pic.twitter.com/dJcbsoaDWh

Pravasi Bhartiya Samman Award is the highest honour conferred on overseas Indian. It will be conferred by the President Ram Nath Kovind on 23 January to selected NRIs, PIOs, organisation or institution established and run by the NRIs who have made significant contribution to various fields both in India and abroad.

As the PBD is being organised at Varanasi, the cultural and spiritual capital of India, numerous cultural activities have been "embedded in such a way that the delegates may get a very enticing, enriching and fulfilling experience," according to an official statement here. In the run up of the PBD, several exhibitions including a digital exhibition on the theme of 'Ek Bharat Swacch Bharat: Sardar Patel and Gandhi ke Sapno ka Bharat, has been put up among others. These exhibitions are being organised at TFC Bada Lalpur, BHU and the Tent City.

The Ghats of Ganga have specially been decorated to welcome the guests with their divine attraction. The three day mega event  has changed the hue of Varanasi. The citizens have also started living and feeling the Pravasi Bhartiya Divas with several hundred  guests residing in the homes of local residents of Kashi under Kashi Atithya Yojana.