It turned out to be a thrilling night in Qatar as Japan sealed their place in the knockout stages and reputation as the tournament's biggest dark horse with a controversial 2-1 win over Spain. This also meant that Germany, one of the favourities to win the FIFA World Cup 2022, were dumped out in the group stage. 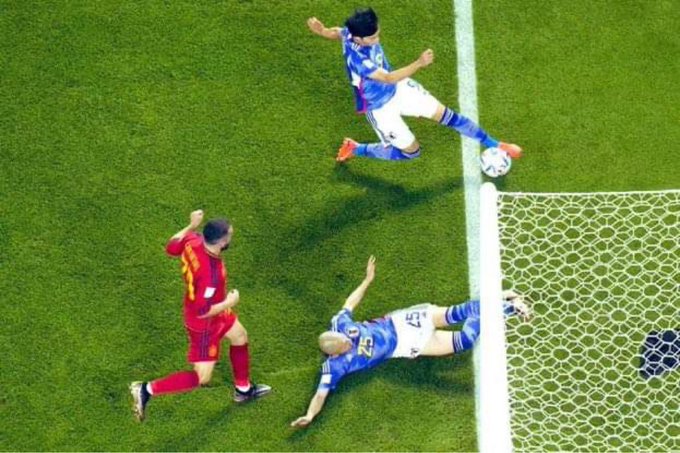 FIFA claimed that the "curvature of the ball" remained in, hence the ball was not out of play at that moment. Photo courtesy: Twitter/@maydenfield

Group E turned out to be the 'Group of Death', with Japan beating both Germany and Spain to qualify for the Round of 16 as group winners. While Spain progressed as runners-up due to a better goal difference, 2014 champions Germany were knocked out.

But Japan's 2-1 win over Spain wasn't devoid of controversy. Their second goal has triggered a storm on social media, with many suggesting that VAR was wrong in allowing the goal, especially since it led to the Germans' elimination.

Japan's Ao Tanaka scored in the 51st minute to give the Asian side the lead. The goal wasn't given right away as the officials checked whether the ball went past the touchline. After a lengthy review, the officials gave the decision in favour of Japan, putting them 2-1 up. 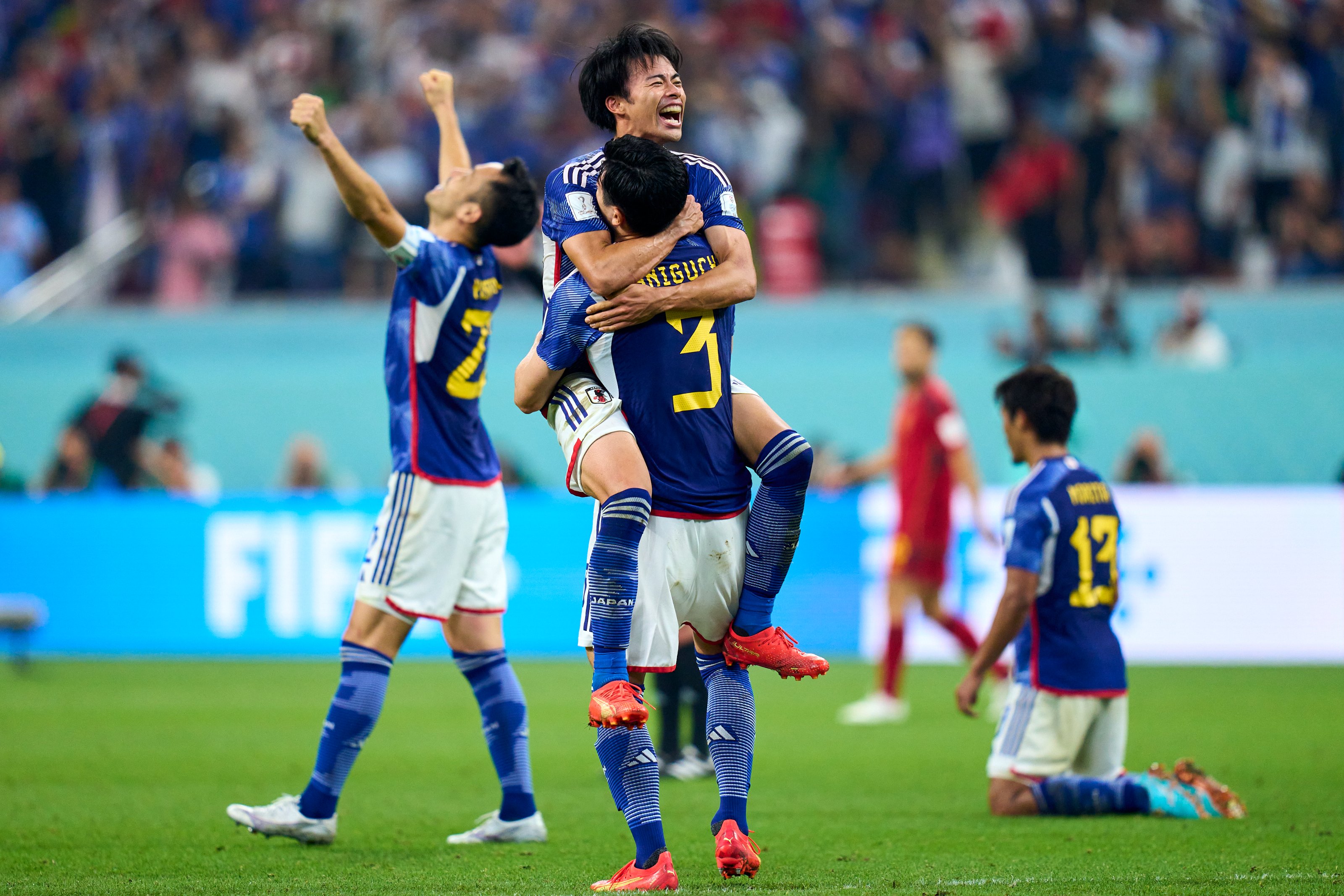 Group E turned out to be the 'Group of Death', with Japan beating both Germany and Spain. Photo courtesy: Twitter/@FIFAWorldCup

FIFA claimed that the "curvature of the ball" remained in, hence the ball was not out of play at that moment.

Japan against Germany and Spain pic.twitter.com/gpDHyfrfhZ

The issue exploded on social media, with fans and neutrals alike weighing in.