The Yogi Adityanath government will showcase investment opportunities in Uttar Pradesh to NRIs from the state on the first day of Pravasi Bhartiya Divas convention starting January 21. 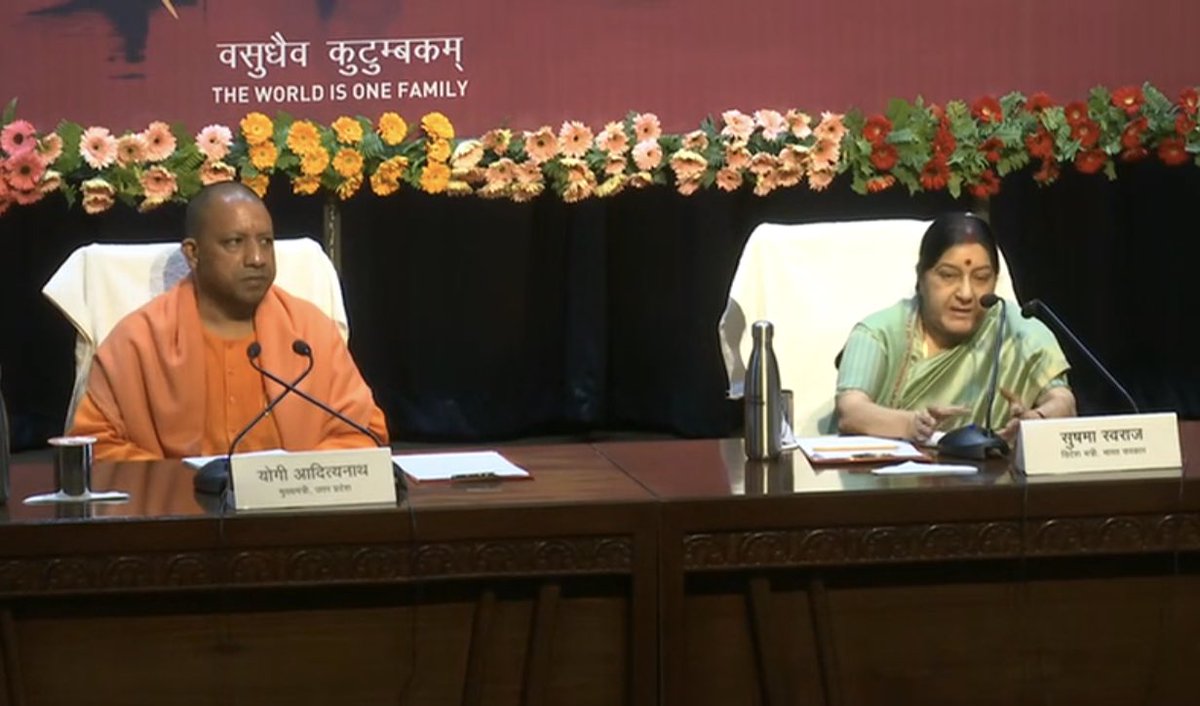 Briefing the media persons along with Minister of External Affairs Sushma Swaraj in Lucknow, Adityanath said about 1,000 overseas Indians (pravasis) belonging to UP have registered themselves for the special session 'Uttar Pradesh State Pravasi Bharatiya Divas.'

"This session will apprise the UP pravasis of opportunities created by the State government in various sectors in the government will look forward to harnessing their experience," Adityanath said.

Giving details of upcoming 15th PBD in Varanasi, Adityanath said pravasis from various countries are very keen on participation and till now 5802 registrations have been done.

"The event will be a big opportunity for the Government to project boundless investment opportunities available for pravasis in the state," the UP Chief Minister said.

Adityanath said Government has made extensive arrangements for the pravasis' stay in the Holy Town of Kashi, the other name for Varanasi or Benares. This broadly falls in three categories: Hotels, Tent City and Kashi ka Atiithya that is paying guest accommodation offered by local Kashi residents that includes bed and breakfast.

Providing a backdrop to PBD 2019, External Affairs Minister Sushma Swaraj said first PBD was held under Prime Ministership of Atal Behari Vajpayee. Till 2015, it was a two-day event which has been extended to three days in view of the growing scope of engagement and increased interest in participation. 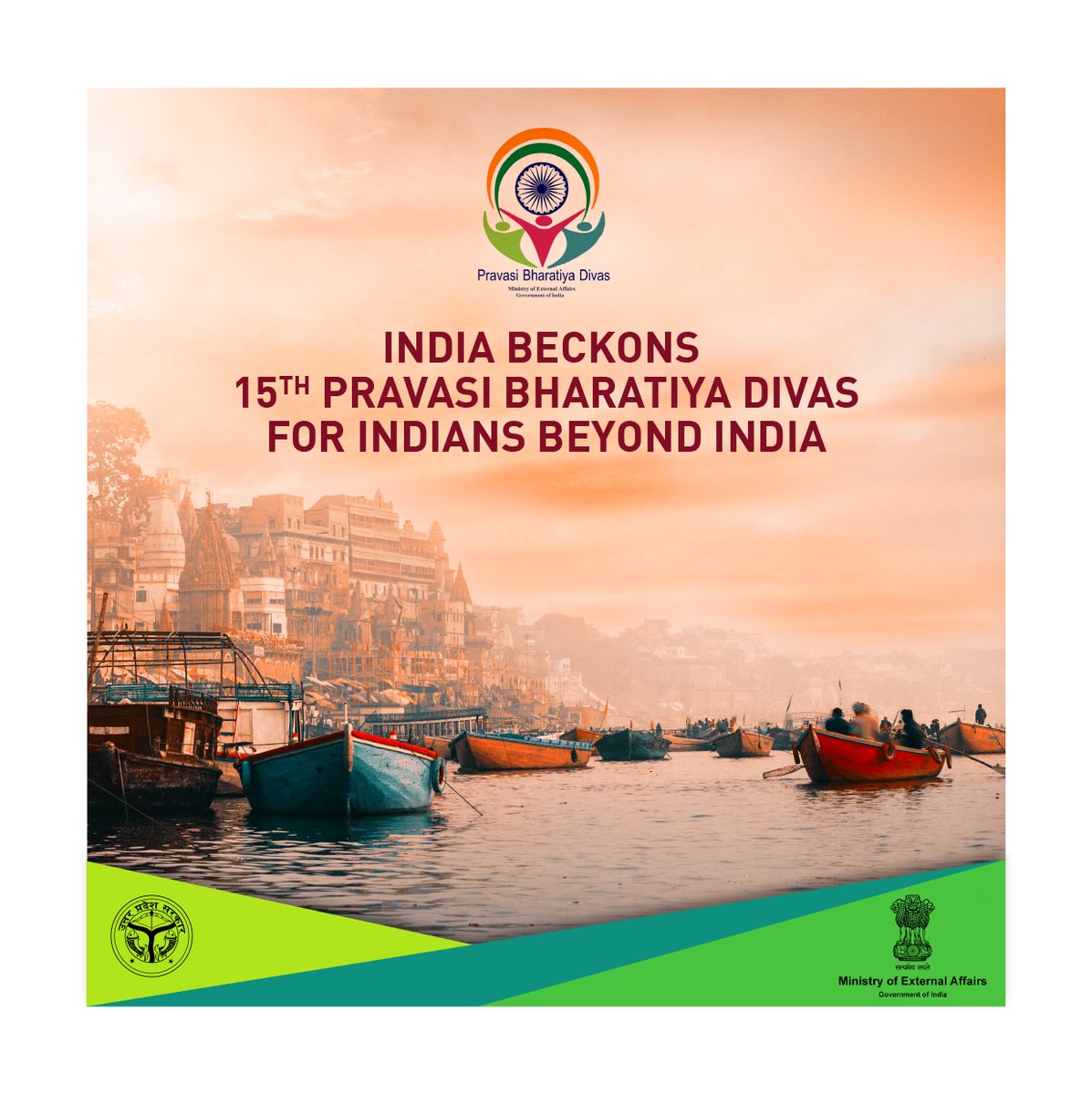 An advertisement urging overseas Indians to take part in Pravasi Bharatiya Divas being held in Varanasi from January 21 to 23. Photo courtesy: MEA

Several domain-specific sessions are held and outcomes are followed up during the convention. In PBD 2018 there were seven such listed topics.

Two new attractions for pravasis this time are Kumbh Mela 2019 at Prayagraj and Republic Day on 26 January in Delhi.

The minister said compared to past, the registrations this time have increased two to two-and-a-half times. Earlier, not more than 100 persons participated from one country. This time as many as 400 are coming from several countries.

The first day on PBD 2019 is billed as Youth Pravasi Bharatiya Divas. This is to familiarise the youth of families who left two to three centuries ago about the culture and traditions of India, Swaraj said.

The 15th PBD Convention is being held on 21-23 Jan. 2019 in Varanasi, Uttar Pradesh. The theme of #PBD2019 is "Role of Indian Diaspora in building New India" to empower the young Non-Resident Indians to share their perspective for policy formulations in India. #PravasiAtVaranasi pic.twitter.com/qvRd7Xg9kE

Prime Minister Narendra Modi will inaugurate PBD 2019 on 22 January and on 23 January President Ram Nath Kovind will preside over the valedictory session which will be marked by Pravasi Bharatiya Samman Awards ceremony.

After this, the Government has arranged for transporting the participants to Kumbh Mela in Prayagraj and thereafter Republic Day at Delhi.