The United States India Political Action Committee (USINPAC), a political action committee based in Washington, congratulated Indian-American Milan Vaishnav, who was named the director of the South Asia Programme in Washington.

The Carnegie Endowment for International Peace named Senior Fellow Vaishnav as the director on June 28.

“This is a critical moment in the internal and external trajectory of South Asia,” Vaishnav said in a statement after his appointment. “I am excited about what my colleagues and I can accomplish together and honoured to take on this new role at an institution I care so much about.”

Thank you for the vote of confidence! https://t.co/5SgjOrpzZn

Vaishnav is an expert on India’s political economy and examines issues such as corruption, ethnic politics, governance and state capacity, election finance and voter behaviour, according to his biodata on the Carnegie website. 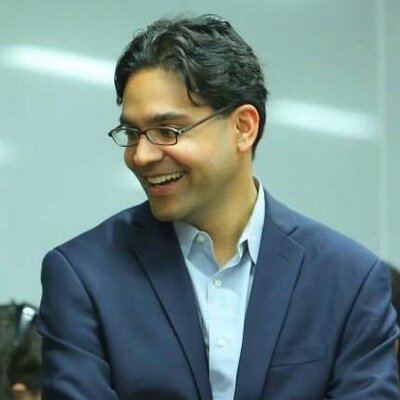 Vaishnav is the author of When Crime Pays: Money and Muscle in Indian Politics and co-editor (with Pratap Bhanu Mehta and Devesh Kapur) of the forthcoming book Rethinking Public Institutions in India.

His work has also been published in scholarly journals such as India Review, India Policy Forum, and Latin American Research Review. He is a regular contributor to several Indian publications.

Previously, Vaishnav worked at the Center for Global Development, where he served as a postdoctoral research fellow, the Center for Strategic and International Studies, and the Council on Foreign Relations.

He has taught at Columbia, Georgetown, and George Washington Universities. He holds a PhD in political science from Columbia University.