Indian-origin US Vice-President Kamala Harris met with government officials in Singapore today, kicking off a visit to Southeast Asia intended to “deepen engagement with partners” in the region, according to an official statement. 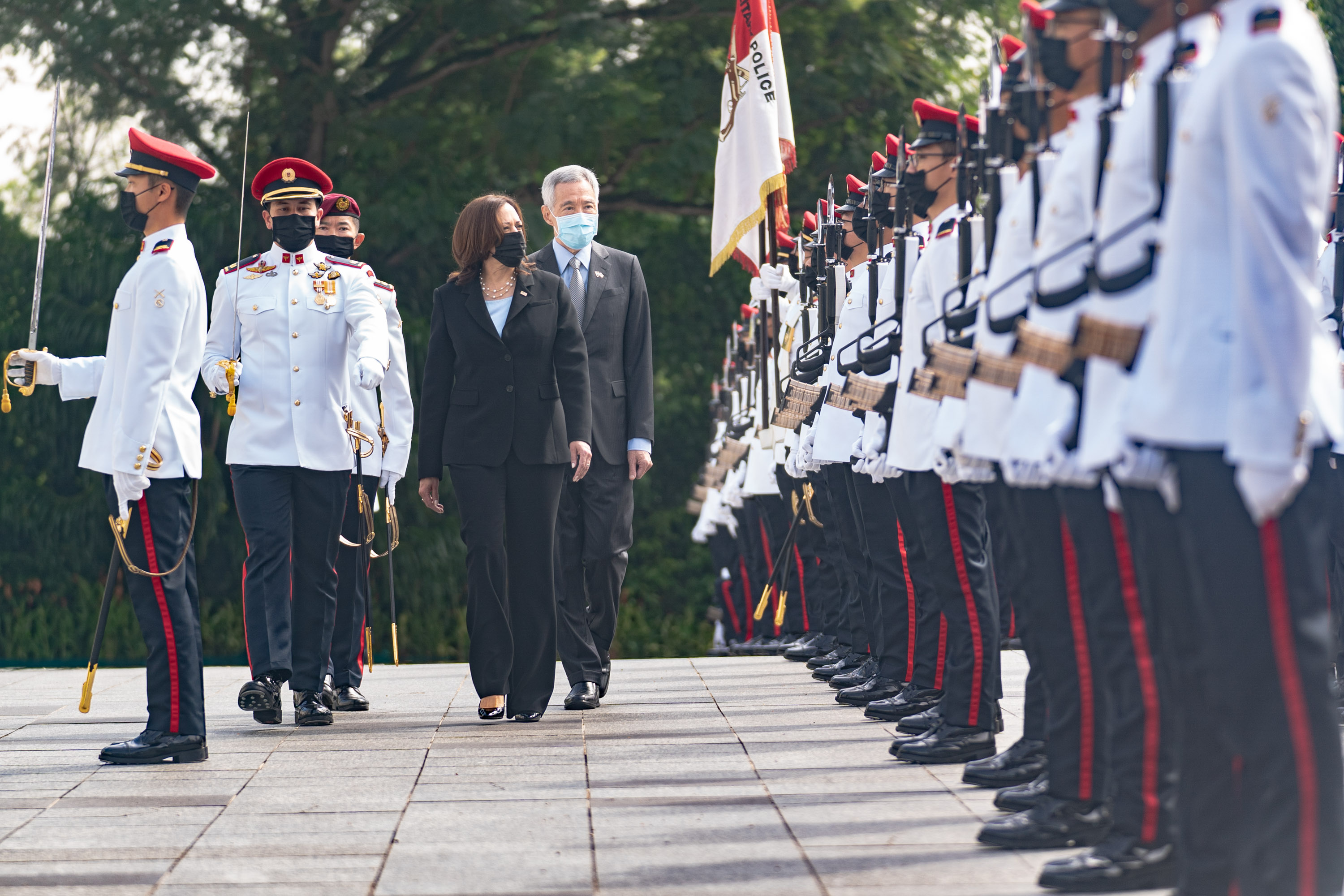 Harris is in Singapore for an official three-day visit. Photo courtesy: Twitter/@VP

Harris and Singapore Prime Minister Lee Hsien Loong announced various new initiatives in a joint press conference including a high-level supply chain dialogue and agreements on cybersecurity and climate. Lee also said that Singapore has offered to assist with the evacuations in Afghanistan.

"Over the years, the US-Singapore partnership has enhanced the security and prosperity of both our nations. Today, we committed to strengthening that enduring partnership," Harris stated, “I am here because the United States has a longstanding and enduring relationship with Singapore.”

"Singapore welcomes the US’ commitment to deepening engagement in the Asia-Pacific region and building a rules-based international order. This year marks the 55th anniversary of bilateral relations," he added.

The countries have also agreed to deepen collaboration in multiple areas, including cybersecurity, defence and the climate crisis.

Harris is in Singapore for an official three-day visit. She had earlier called on Singapore President Halimah Yacob and held a private meeting with Lee and delegates from both countries.