US Vice-President Kamala Harris gets second vaccine shot, urges Americans to do the same 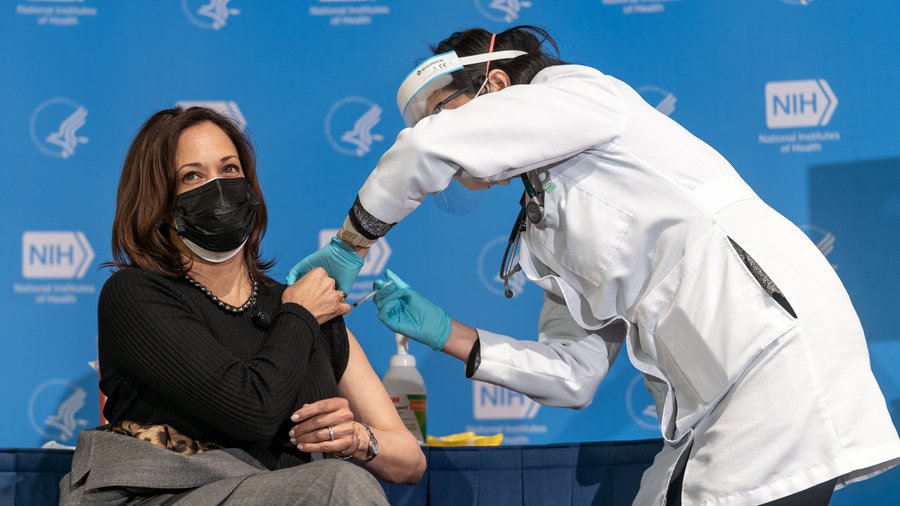 President Joe Biden has said the goal of his administration is to vaccinate 100 million Americans in the first 100 days of his presidency. Photo courtesy: Twitter/@VP

"I want to urge everyone to take the vaccine when it is your turn," Harris sttaed as the public network C-SPAN aired her vaccination. "It will save your life." Harris received her first vaccine dose on December 29.

Following a slow roll-out, after two coronavirus vaccines received emergency approval in December, the United States has administered more than 1 million shots daily for the past week

President Joe Biden has said the goal of his administration is to vaccinate 100 million Americans in the first 100 days of his presidency.

Meanwhile, the White House today said in a press release that the Biden administration is working to purchase an additional 200 million doses of COVID-19 vaccines to reach 600 million doses this summer and vaccinate 300 million people.

"The Biden-Harris administration is working to purchase an additional 100 million doses of each of the two Food and Drug Administration-authorised vaccines - Pfizer and Moderna," the release said. "This increases the total vaccine order for the US by 50 per cent, from 400 million to 600 million with these additional doses expected to deliver this summer."

The release added that with the additional doses the United States will have enough vaccines to fully vaccinate 300 million Americans by the end of the summer.