A Sikh mayoral candidate in the US has been labelled a terrorist in slanderous flyers left on car windshields only days before a local election, according to a media report. 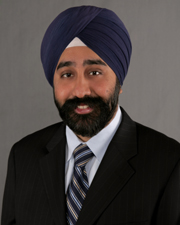 They have a photo of New Jersey Councilman Bhalla. In red letters above him, the flyers read: “Don’t let terrorism take over our Town!”

The report alleged that the leaflets appear to be a modified version of mailers sent out by another Hoboken mayoral candidate, Mike DeFusco. The original flyers accused Bhalla of having a potential conflict of interest. DeFusco has condemned the altered flyers. 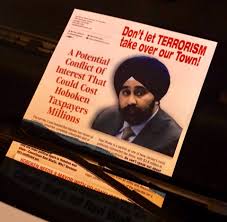 Bhalla, in a statement, called the flyers “troubling”. “We won’t let hate win in Hoboken,” he said.

“I want to use this as an opportunity to affirm to each other and our children the value of living in a diverse community where we are judged by the content of our character — not by the colour of our skin or how we worship,” Bhalla said in the statement.