US sending diplomat for promoting military sales at Singapore Airshow

For an overseas arms sales push, the United States is sending a senior diplomat to the Singapore Airshow to promote US-made weapons, a US official said yesterday.

The senior diplomat, Ambassador Tina Kaidanow will attend the Singapore Airshow scheduled to be organised from February 6 to 10 and work for boosting sale for US arms manufacturers such as F-35 jets made by Lockheed Martin Corp and missile manufactured by Raytheon Co.

The US administration is nearing completion of a new ‘Buy American’ initiative that calls for US military attaches and diplomats to play a much bigger role in the sale of billions of dollars more in business overseas. 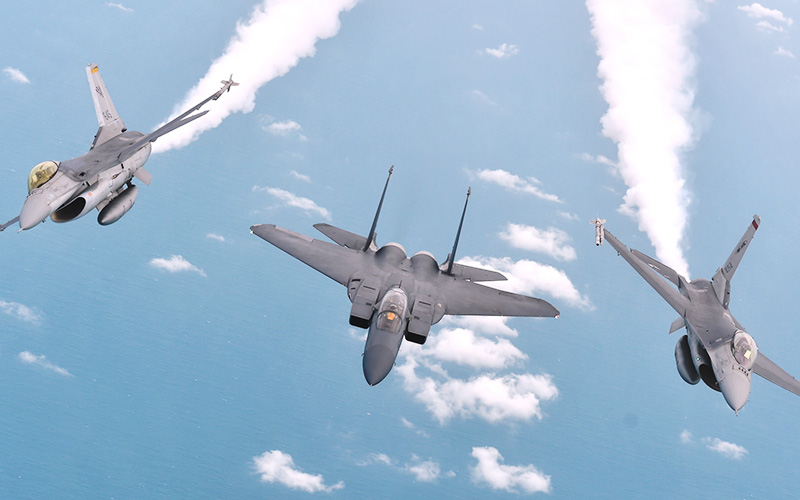 Singapore Airshow will be organised from February 6 to 11. Photo courtesy: gov.sg

“We will be working at strengthening our advocacy at every level of the embassy, from your commercial officer, up through your ambassador," the official, who spoke on condition of anonymity told reporters on Thursday.

Singapore could be seen as the test case for the Trump administration's new strategy of having the Pentagon and the US State Department take a more active role in securing foreign arms deals, which require State Department approval.

The US delegation at the air show will include the top State Department official overseeing arms sales. Kaidanow holds that role with the title principal deputy assistant secretary in the Bureau of Political-Military Affairs, reports Reuters.

According to US Department of Commerce data, the US exported USD49.5 billion of aerospace and defence products to Asia Pacific in 2016, compared to European demand of USD49.8 billion.

The State Department said in a statement that Kaidanow “will hold consultations on defence trade issues and promote more than 150 US companies and trade organizations exhibiting the latest aerospace technologies.”