The US Senate began the confirmation hearing for Indian-American physician Dr Vivek Murthy, US President Joe Biden’s nominee to serve as US Surgeon General yesterday. 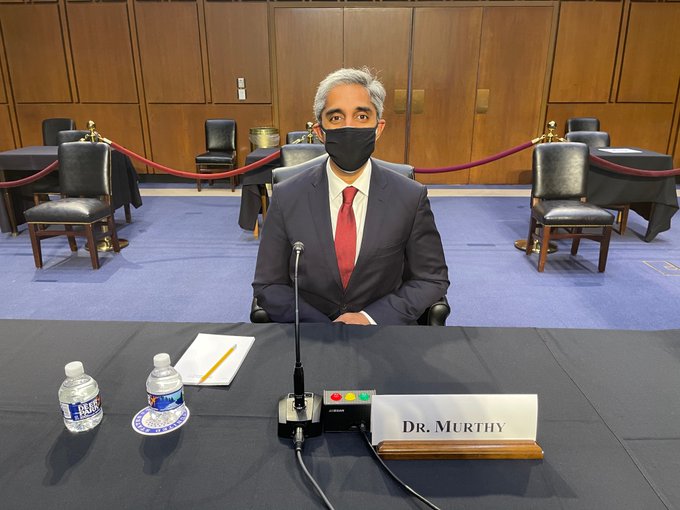 The confirmation hearing of Murthy, 43, by the Senate Health, Education, Labor and Pensions comes days after reports that he made more than USD 2 million from pandemic consulting speeches.

In his confirmation hearing, Murthy is expected to reflect on the death of his seven family members in India and the US due to COVID-19.

“This is a moment of tremendous suffering for our nation. More than half a million people have lost their lives to COVID-19, including beloved members of my own family,” Murthy will reportedly tell Congress, according to a copy of his testimony first reported by ABC News. ”If confirmed as Surgeon General, my highest priority will be to help end this pandemic, work I’ve been doing over the past year with state and local officials, schools and universities, businesses, health care providers, and others.”

Meanwhile, Indian-American doctors have come out in support of Murthy. “We the Indian Americans and especially our physicians’ group [AAPI] firmly stand with Dr Vivek Murthy and support his nomination at the US Senate,” Dr Sampat Shivangi of the American Association of Physicians of Indian Origin (AAPI) legislative affairs said in a statement.

The US has the highest coronavirus case tally in the world at 28.3 million and the highest death toll at 505,803.

Murthy was born in Huddersfield, Yorkshire to immigrants from Karnataka. When he was a three-year-old, the family relocated to Miami.

Murthy was previously appointed America’s 19th Surgeon General by President Barack Obama in 2014. He was the youngest ever to hold the office at the age of 37. He was later asked to step down by the Trump administration.