Indian-American Congressman Raja Krishnamoorthi said that the United States stands with its friends, partners and allies like India against the continued Chinese military aggression.

His remarks came as the US House of Representatives agreed to consider his bipartisan Congressional resolution that urged China to work towards de-escalating the situation at the border with India through existing diplomatic mechanisms and not by force. 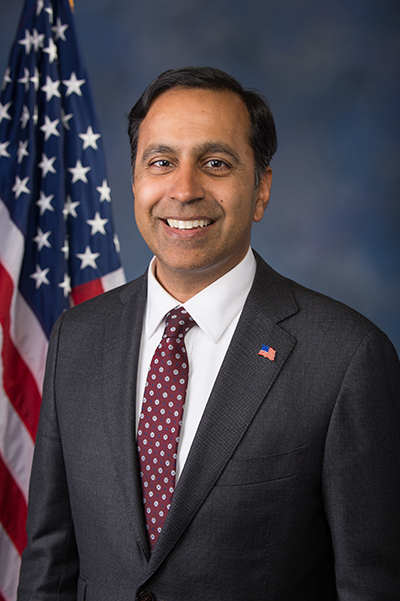 "We stand with our friends, partners, and allies like India against this continued Chinese military aggression,” said Congressman Raja Krishnamoorthi. Photo courtesy: Wikimedia .

The resolution expressed significant concern about continued military aggression by China along its border with India and in other parts of the world.

“I’m glad that the House has agreed to consider my bipartisan amendment urging the Government of the People’s Republic of China to de-escalate the situation along the Line of Actual Control with India through diplomacy, not force,” Krishnamoorthi said.

The troops of India and China are locked in a standoff in several areas along the Line of Actual Control in eastern Ladakh since May 5. The situation deteriorated last month following the Galwan Valley clashes that left 20 Indian Army personnel dead.

US Congress China India-US trade US House of Representatives