The US-India relationship would not be affected by the outcome of the US Presidential race, Indian Foreign Secretary Harsh Vardhan Shringla said. 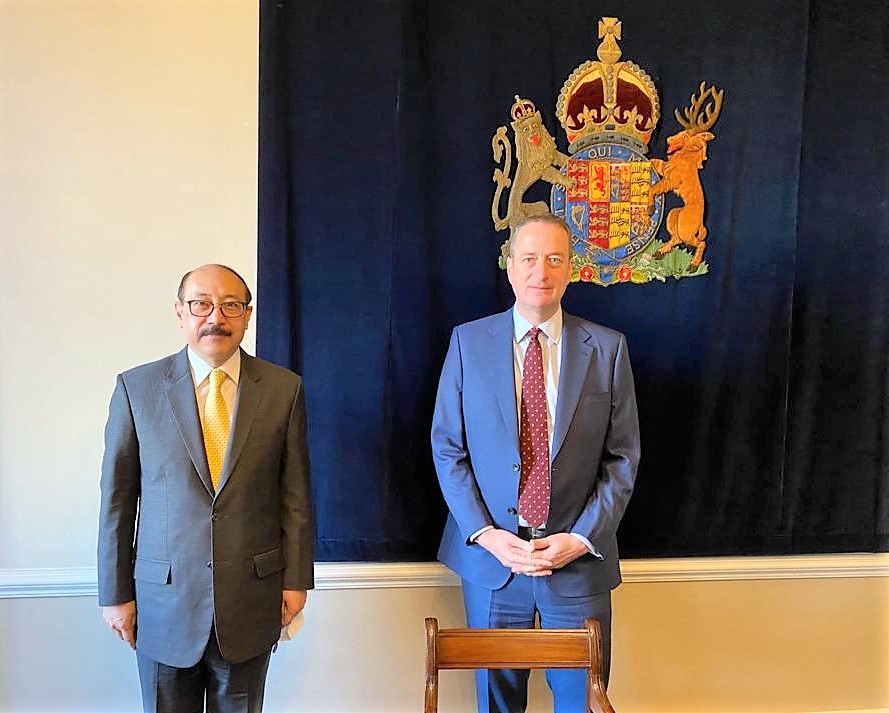 Foreign Secretary Shringla (left), who served as the Indian ambassador to the US before taking up his current post in the Ministry of External Affairs, also reflected on his first-hand experience of the region. (Photo courtesy: Twitter/@HCI_London

The senior official sought to highlight the strong bipartisan support enjoyed by India in the United States which he claimed makes the bilateral ties election-proof, regardless of the outcome of the current electoral deadlock in the US.

"There is a good feeling all around - whether it is Trump-Pence or Biden-Harris," he said.

On Democratic vice-presidential candidate Kamala Harris' Indian roots, the Foreign Secretary referenced reports of prayers being offered for her victory in the home state of her mother, Tamil Nadu, as a sign of her strong "fan following" in India.

"As far as the US is concerned, we have certainly reached a level of no return. In other words, we have developed today what we call a Comprehensive Global Strategic Partnership. We are cooperating across the board on areas that are of mutual interest to both our countries," said Shringla.

"The relationship has matured. In view of the executive style under which the US operates, having a rapport between the leaders is sine qua non, cannot be done without. And, that has been the basis of the relationship since the time of President (Bill) Clinton. I do believe that will not change," he said, making a reference to the rapport shared by Prime Minister Narendra Modi and US President Donald Trump.

The Foreign Secretary, who served as the Indian ambassador to the US before taking up his current post in the Ministry of External Affairs, also reflected on his first-hand experience of the region.

"I have seen the bipartisan support that we enjoy in the US, which will only get stronger. Irrespective of the administration, whether it is continuity or change, the relationship will get stronger," he said.

He also noted that while defence and security is an important area which has been strengthened in recent times, trade and investments have also been flourishing.

"The US is the largest investor in India and also the largest trading partner. Even during the COVID crisis, our trade has gone up to something like USD 150 billion. We also have strong technology, innovation, and very strong people to people ties," he said.

After France and Germany, Shringla concluded a three-nation European tour in the UK. While in London, he has held dialogues with UK Home Secretary Priti Patel and Foreign Office Minister for South Asia Lord Tariq Ahmad and has further discussions scheduled with his counterpart in the Foreign Office, Sir Philip Barton.