The close coordination between the United States and India has been pivotal as India confronts the threat posed by Beijing along the Line of Actual Control, said outgoing US Ambassador to India Kenneth Juster yesterday. 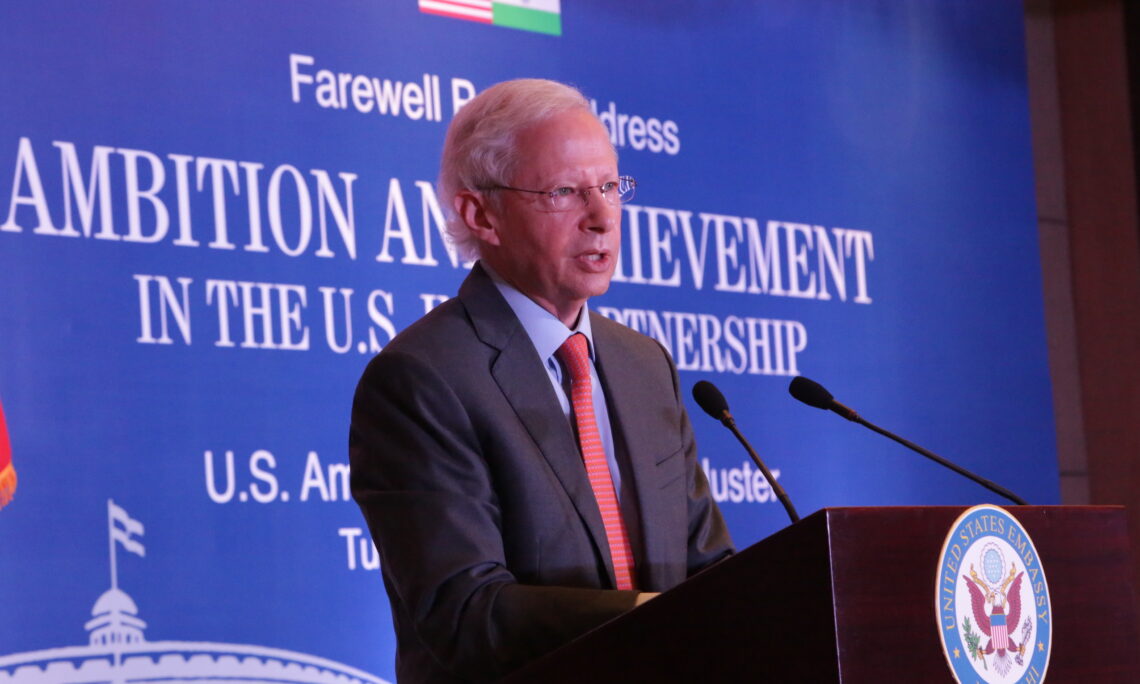 The Ambassador also spoke about the growing economic, geo-political and health sector relationship between both nations, highlighted by the COVID-19 pandemic. Photo courtesy: US Embassy

"No other country does as much to contribute to the security of Indians and India. Our close coordination has been important as India confronts, perhaps on a sustained basis, aggressive Chinese activity on its border," Juster said in a farewell address at the end of his tenure.

Speaking on ‘Ambition and Achievement in the U.S.-India partnership’ at an event organised by the US Embassy in New Delhi and thinktank ORF, Juster praised the broad, complex and rich in substance bilateral relationship between the United States and India and stated that it was anchored by over four million Indian-Americans.

"In great democracies such as ours, governments listen to public sentiment. Our people-to-people relationship forms both a strong foundation and a driving force for what our nations can do together," he said.

Juster stated that the US and India are committed to strengthening defence and security cooperation and pointed out that in the past four years, the two countries have purposely deepened this cooperation to keep our nation safe from a growing array of threats and to provide security beyond our own borders.

He said that the United States is committed to this region and India because "our future is inextricably linked to it".

"America's support for India's rise as a global power is clear across the political spectrum. No country has a strong and robust defence and counter-terrorism relationship with India as does the US," he said.

The Ambassador also spoke about the growing economic, geo-political and health sector relationship between both nations, highlighted by the COVID-19 pandemic.

"US and Indian scientists are collaborating to jointly develop and test vaccines, diagnostics, and treatments for COVID-19. Institutions and companies from both countries are partnering to utilise India’s large manufacturing capacity for the production of approved COVID-19 vaccines," he said.