United States House of Representatives Speaker Nancy Pelosi announced on Thursday that the House will file impeachment charges against US President Donald Trump for alleged abuse of power. 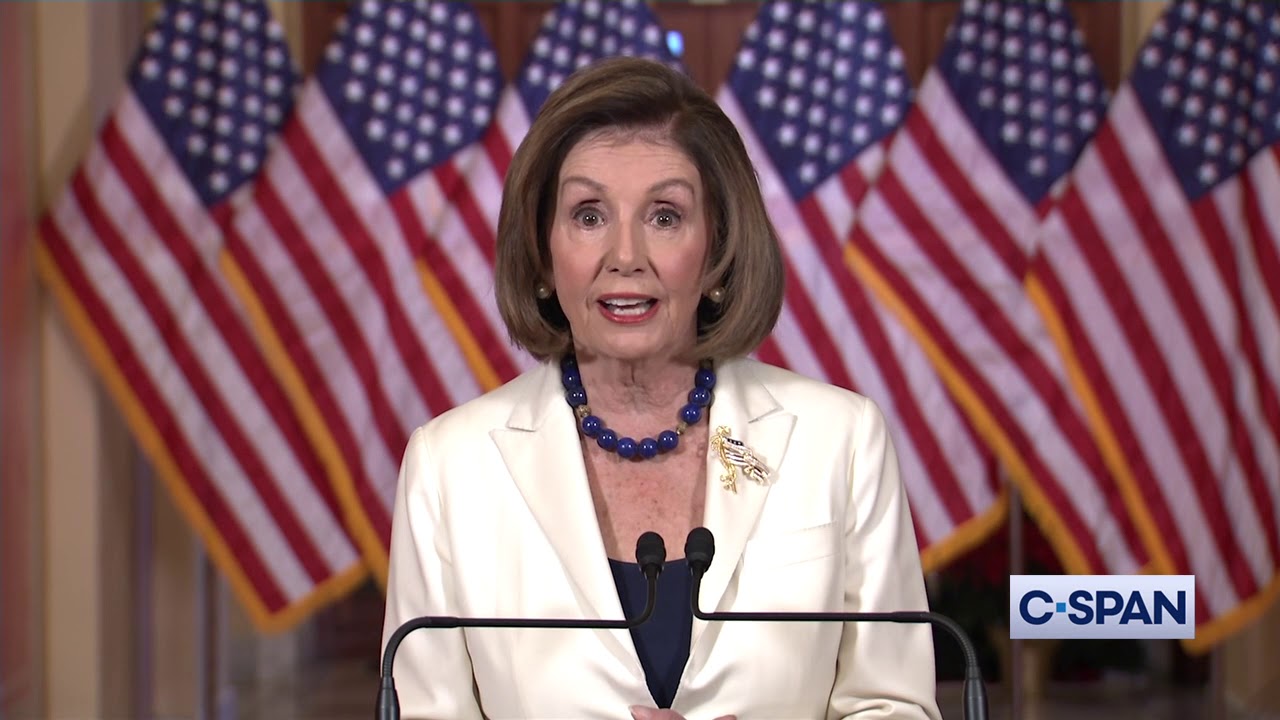 “The President abused his power for his own personal political benefit at the expense of our national security,” Pelosi said. Photo courtesy: YouTube

Pelosi in a televised statement said that she was asking the House Judiciary Committee and the chairmen of other committees to proceed with drafting articles of impeachment against President Trump, saying "the President leaves us no choice but to act... to address, among other grievances the President’s failure to faithfully execute the law".

“Sadly, but with confidence and humility, with allegiance to our founders and our heart full of love for America, today, I am asking our chairmen to proceed with articles of impeachment,” Pelosi said, speaking directly to the American people.

The facts of Trump's alleged wrongdoing involving Ukraine, she said, "are uncontested.”

The Democrats’ case revolves around the allegation that Trump tried to pressure Ukraine President Volodymyr Zelensky by making military aid to Ukraine conditional on it investigating former US Vice-President Joe Biden and his son Hunter Biden on charges of corruption.

“The President abused his power for his own personal political benefit at the expense of our national security,” Pelosi said. She added that “when crafting the Constitution, the founders feared the return of a monarchy”.

Trump said Democrats have "gone crazy" and urged them to move quickly if they were going to impeach him.

An impeachment vote might take place in the House of Representatives before the end of the year, and a trial in the Senate perhaps as early as January 2020.

Trump had tweeted shortly before Pelosi's remarks, "If you are going to impeach me, do it now, fast, so we can have a fair trial in the Senate, and so that our country can get back to business."