US expresses concern over Kashmir once again

Days after President Donald Trump told Indian Prime Minister Narendra Modi that Kashmir remains a bilateral issue between India and Pakistan, the US has once again expressed concern about the region.

A State Department spokesperson on Thursday said that the US is watching the situation in Jammu and Kashmir and continues to be "very concerned by reports of detentions and the continued restrictions on the residents of the region".

"We urge respect for human rights, compliance with legal procedures, and an inclusive dialogue with those affected," the spokesperson added.

The US once again emphasised the need to main “peace and stability along the Line of Control and to prevent cross-border terrorism" and also said that they “welcome Prime Minister Modi's statement that Jammu and Kashmir will soon return to a normal political status”.

“We continue to support direct dialogue between India and Pakistan on Kashmir and other issues of concern," the spokesperson added. 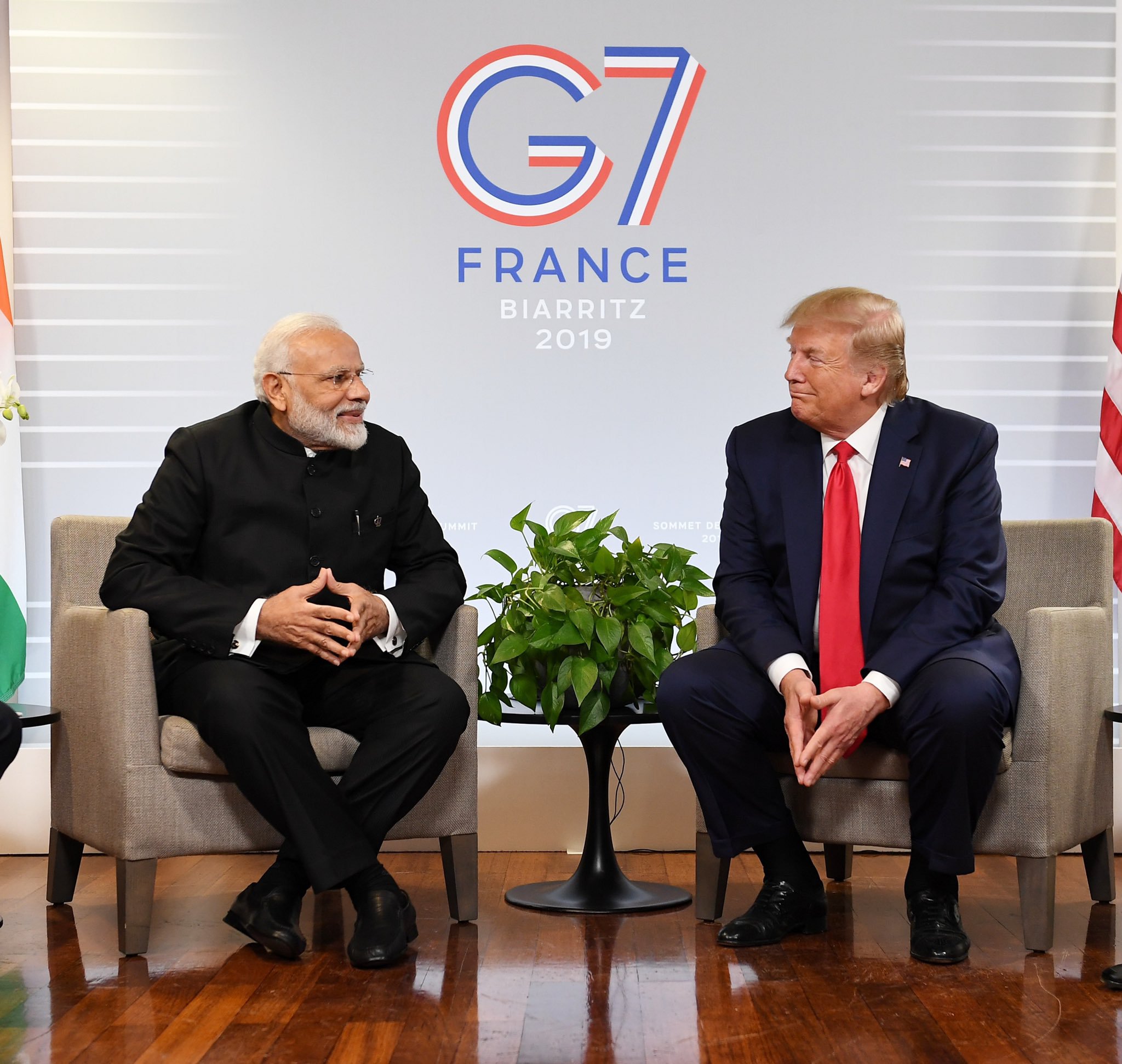 Modi and Trump had met on the sidelines of the G7 Summit earlier this week. Photo courtesy: Twitter/@narendramodi

Trump had discussed Kashmir with Modi three days ago when the two leaders met on the sidelines of the G7 Summit in Biarritz, France. Modi had emphasised to the US President that Kashmir would be a bilateral discussion between India and Pakistan and would not involve any third nation.