A Sikh-American member of the United States Air Force (USAF) has been allowed to serve with a turban, beard and unshorn hair, making him the first active-duty airman to be allowed such a religious accommodation.

Airman 1st Class Harpreetinder Singh Bajwa, a crew chief at McChord Air Force Base, Washington, said, “I’m overjoyed that the Air Force has granted my religious accommodation. Today, I feel that my country has embraced my Sikh heritage, and I will be forever grateful for this opportunity.” 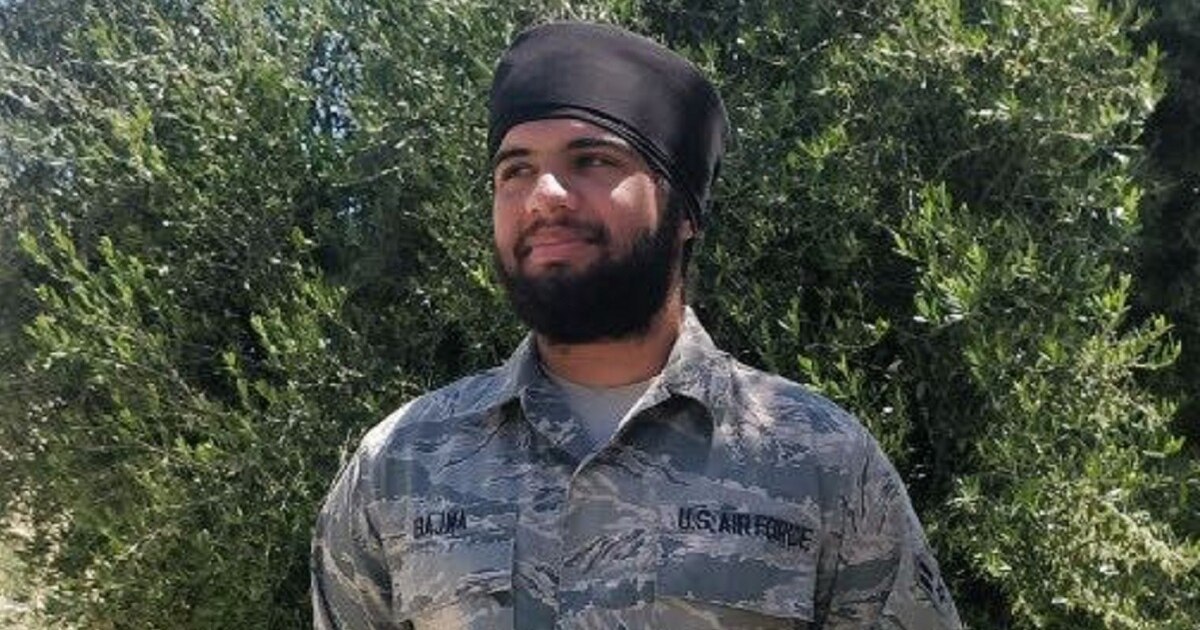 Bajwa, who joined the Air Force in 2017, was earlier unable to follow the practice due to the military branch's strict grooming and dress codes.

Indian-American Congressman Ami Bera applauded the decision of the US Air Force saying, "Sikhs have long played an important role in protecting and defending our nation. It is only right that these patriots be able to serve while in their religious attire or grooming.”

The Air Force granted Bajwa an accommodation after the airman contacted the Sikh American Veterans Alliance (SAVA), which in turn put him in touch with the American Civil Liberties Union (ACLU).

“As one of the first Sikh service members to receive a religious accommodation from the Army, I'm proud to see A1C Bajwa become the first active Airman allowed to wear his Sikh articles of faith while in uniform," said Lieutenant Colonel Kamal Kalsi Singh, president of SAVA.

In the UK last year, a Sikh Coldstream Guards soldier became the first to wear a turban during the Trooping the Colour parade to mark Queen Elizabeth II’s official 92nd birthday.

In 2016, Captain Simratpal Singh, a Sikh-American officer and combat veteran, received a long-term religious accommodation from the US Army, following which the Army updated its regulations directing commanders to allow accommodations for observant Sikhs.

And all others involved. And of course congrats to Sikh Airman Harpreetinder Singh Bajwa. Making history, brother.

"No one should have to choose between following their faith or serving their country. We're pleased that the Air Force granted our client's request, and we hope that all branches of the military come to recognize the importance of religious inclusion and diversity," said Heather L Weaver, senior staff attorney for the ACLU.

The Air Force has approved the first Sikh religious accommodation for an active-duty airman. It’s time for all branches to do the same.

No one should have to choose between following their faith or serving their country. https://t.co/IqaXX2IbqT