Upping the Tempo at Kalaa Utsavam

I am seated in the second row of the fan shaped Recital Studio at Esplanade. It has timber flooring. The stage is set with instruments of varied size, shape, material and origin- drumkit, handpan, conga, djembe, timbales, assorted percussion, guitar, bass guitar, keyboard, Electronic Wind Instrument, didgeridoo. The studio's wall and ceiling furnishes are specially designed to ensure superb acoustics. This evening is all about sound. Diverse sound and uniting music.

The evening begins with Mohamed Noor’s sprightly long fingers tapping the handpan. A gorgeous hypnotic sound begins to fill the space. It is heady with its mix of percussion and melody. Exotic sound effects by Reggie Perera give the music an ethereal sheer. It meanders. It soothes. It feels like sitting by a riverside watching the cool breeze play tag with the surface of the water. 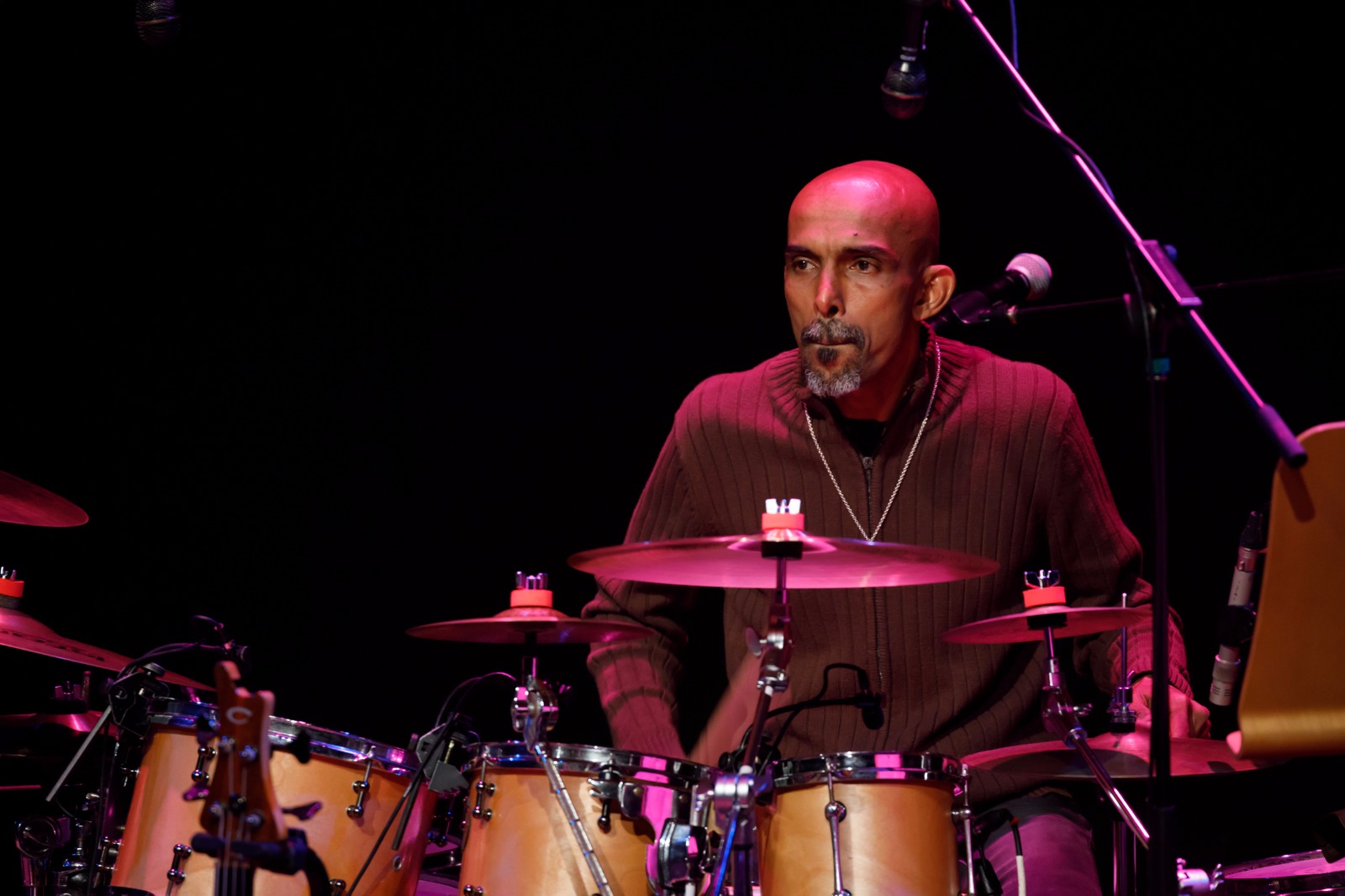 A very focused Mohamed Noor in front of his elaborate drum set, ready to play in his show Groove to my Rhythm at the Esplanade during Kalaa Utsavam 2017. Photo courtesy: Esplanade - Theatres on the Bay

World music band Tribal Tide was formed in the early 90’s when four drummers got together with the passion for promoting drums. Late Edmond Branson Jr, Reggie Perera, Nantha Kumar and Noor wanted to introduce regional percussion, African drums and percussion instruments from all around the world to people in Singapore. 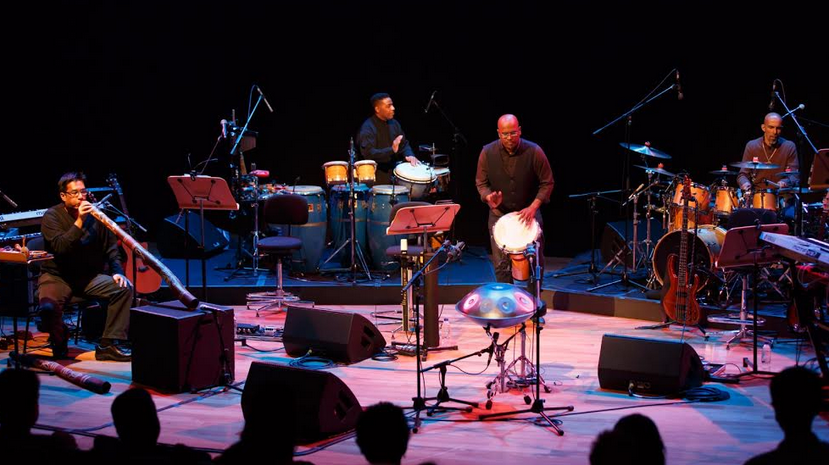 Groove to my Rhythm in full swing. Photo courtesy: Esplanade - Theatres on the Bay

World ethnic fusion group Men in Groove has Mohamed Noor, Casey Subramaniam and Leonardo Mendoza collaborating since 2005. They bring together rich musical diversity, experiences and passion to present ‘the most authentic blends of original works to unheard renditions of popular favourites’.

Tamil pop outfit Vasantham Boy is a family band featuring his brothers Mohamed Rafee and Bashir with friend Daniel Sitranen. The boys grew up together and have been playing music since the 70’s. Coming from a musical family they picked up music early, Noor as early as five. The brothers were exposed to Chinese, malay, tamil, karnatic and music from all around the world. Classical music also inspired them. They got creative giving jazz interpretation to these numbers. Vasantham Boys were popular in local Indian radio and television in the 1970s and 1980s and merged Tamil pop with genres such as Latin and funk.

I had read Mohamed Noor’s Facebook post two days before the concert. “…Feeling excited and honoured to have Singapore's music Legend Mohamed Rafee, Bashir Syed  (Vasantham Boyz ) and Legendary Steve Thornton on the same stage for the first time collaborating . It's a blessing and privilege to have these great artists in this concert. It's gonna be magic on stage. Together with Men In Groove and Tribal Tide sharing music and Love. A musical treat not to be missed...”

This evening I see what he means. On stage are camaraderie and gratitude, respect and exuberance loaded in passion. When I see Mohamed Rafee walking in on stage dressed in a white kurta pajama I also see exactly what this show stands for. It stands for the bonding music brings, the relationships it nurtures, the borders it crosses, the bridges it builds and the stereotypes it breaks. 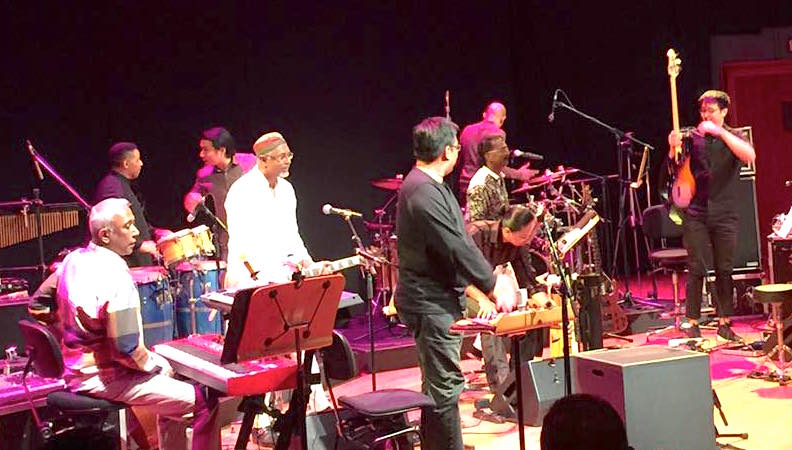