After US President Donald Trump's decision to repeal the Deferred Action for Childhood Arrival (DACA) programme, thousands of people from India who arrived in the US illegally as children, are fearing deportation, a South Asian Advocacy group has said. 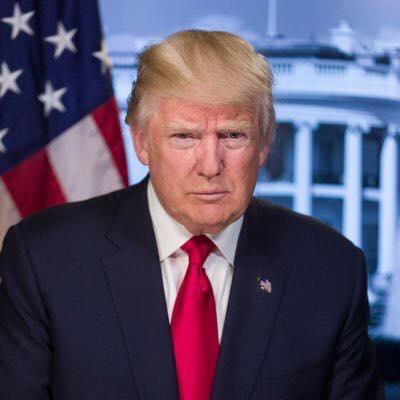 According to an estimate carried out by South Asian Americans Leading Together (SAALT), the number of such people from India could be more than 20,000, PTI was quoted as saying.

US Attorney General Jeff Sessions yesterday announced the rescinding of the Deferred Action for Children Arrival (DACA), an Obama-era amnesty programme that granted work permits to immigrants who arrived in the country illegally as children.

The announcement, which was anticipated for the past few days, was greeted with protests from across the country.

"Over 27,000 Asian-Americans, including 5,500 Indians and Pakistanis, have already received DACA. An additional estimated 17,000 individuals from India and 6,000 Pakistan respectively are eligible for DACA, placing India in the top ten countries for DACA eligibility," SAALT said.

With the termination of DACA, these individuals could face deportation at the discretion of the administration, it said.

"The President's decision to terminate DACA puts 800,000 individuals at risk of deportation from the only country they've ever called home. Ending DACA is the latest evidence of this administration's utter lack of commitment to our nation's founding values of equality and fairness," Suman Raghunathan, executive director of SAALT, said.

Amid the furious xenophobic posturing, I remain inspired by #DREAMers fierce bravery. I'll continue to #DefendDACAِ bc we're all #HereToStay

"Our current patchwork of immigration policies and programs is broken, and we demand the Congress does its job to craft a common-sense immigration process that creates a road- map to citizenship for aspiring new Americans.

"This is the only way to align our immigration laws with the values Americans hold dear," she said.

.@POTUS's decision on #DACA is wrong approach at a time when both sides need to compromise on #immigration reform https://t.co/kPBCUhJ2m4 pic.twitter.com/5stY5spxOC

In a statement, South Asian Bar Association (SABA) president Rishi Bagga said "DREAMERS" were brought to the US by their parents in hopes of a better life, PTI quoted.

"As children, they did not choose to break the law. Most of these young men and women have never returned to the countries of their birth, and many do not even speak the language of their native countries. Rescinding DACA effectually takes away these young people's right to live in the only country they have ever known," Bagga said.

In the vast majority of cases, DACA recipients who are gainfully employed in a variety of professions, including as doctors, lawyers, and engineers, will be unable to work legally in the United States.

This number includes over 10,000 South Asian DACA recipients, it said.