Update: Amarinder launches ‘connect with your roots’ initiative in London for Punjabi-origin youth

Determined to teach the Punjabi diaspora about their heritage, Punjab chief minister Captain Amarinder Singh announced a new initiative for Punjabi-origin students living abroad to reconnect with their ancestral roots and interact with their counterparts in Punjabi universities. 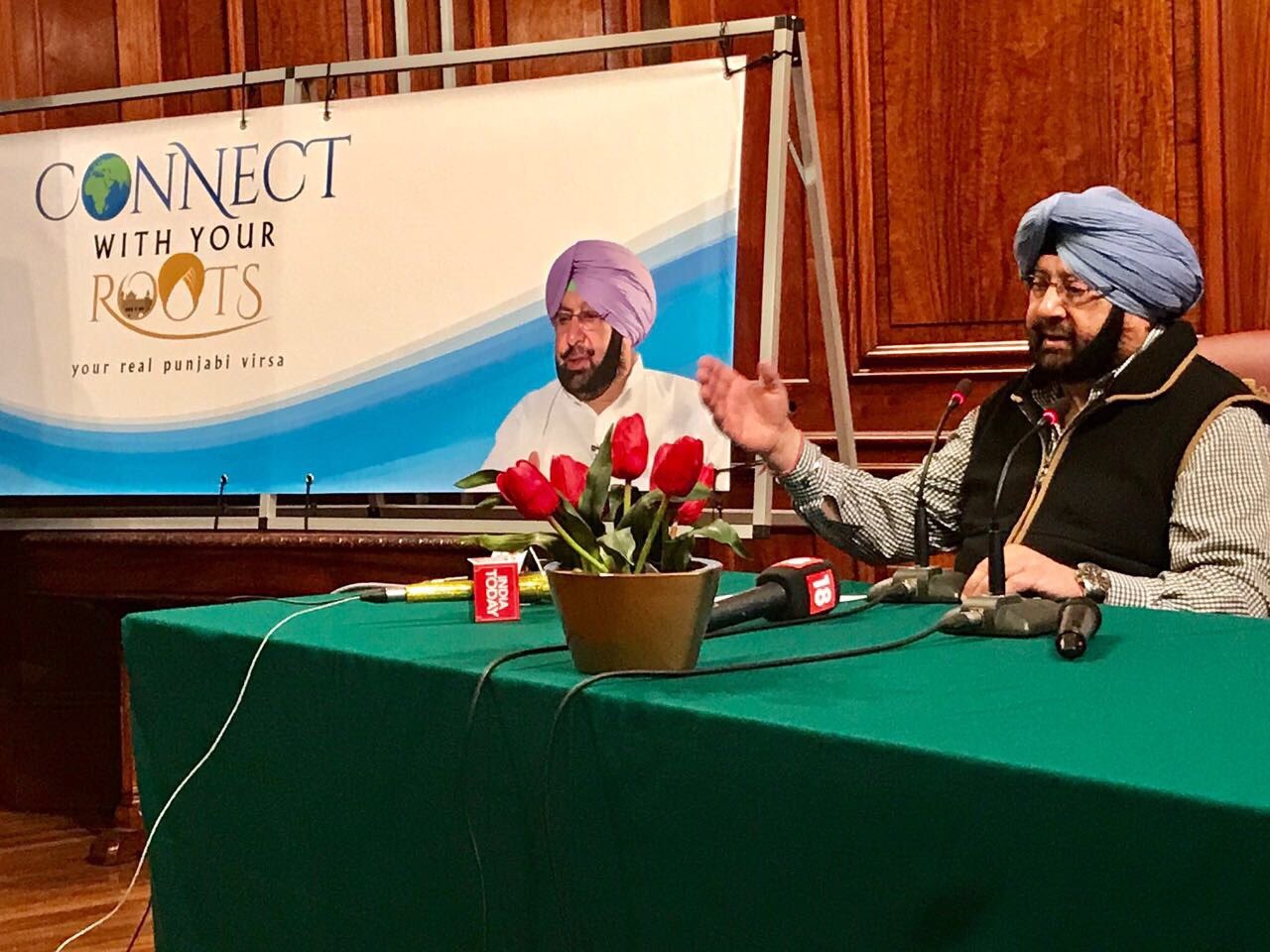 Connect With Your Roots, targeted at 16 to 22-year-olds who have never visited India, will involve the state government organising two-week-long tours of Punjab for groups of 15 students every other month, PTI reported.

“It is our desire through this initiative that the generation of youngsters who have only heard stories about Punjab or seen it on television get to really know Punjab and what we call Punjabiyat,” said Singh, at a special launch event attended by British Punjabi students at the Indian High Commission in London on Wednesday.

“There is a lot of misinformation that is spread through some of the coverage on TV. We want that people should come to know the ground reality and for Punjabis to be able to reconnect with their roots,” he said.

The senior Congress leader said the programme for each tour will be tailor-made for each group and involve coach tours of all the major historic sites of state such as the Golden Temple, Jallianwala Bagh and Wagah Border.

Each tour will have the flexibility to accommodate different inputs and allow participants to visit their own ancestral towns and villages.

“And, don’t think this is a political trip. Anyone with an alliance with any party is welcome to visit anywhere and speak to whoever they wish. We want you to know the real Punjab, with all its strengths and shortcomings,” he said.

After its global launch in the UK, the Connect With Your Roots programme will open up to the Punjabi diaspora in European countries such as Germany and Italy and also the US and Canada.

The Punjab government plans to coordinate around six such tours every year, which will be timed according to the academic calendar in every country as well as India’s festival calendar. The first tour is expected to kick off as early as next month or by November.

Singh also highlighted Punjab as an increasingly investor-friendly destination and said that the state’s industrial base was being revived.

“Anyone interested in putting up an industry in Punjab is assured a single-window clearance within four days. We are also in talks with the state chief justice to organise special courts for NRIs where matters can be heard on a day-to-day basis,” he said.

The chief minister is on a private visit to the UK for launch events around his book on the Battle of Saragarhi and the UK launch of his biography – The People’s Maharaja: An Authorised Biography.

In an interactive session with @suhelseth during the launch of my authorized biography, The People's Maharaj, in London. Great session. pic.twitter.com/0rGFly9yDA

“Captain Amarinder Singh wants to maintain his strong legacy and not scar it with something that history would regret. Also, he loves challenges and then likes to remain on top of them,” said his biographer, Khushwant Singh, in reference to his subject.

From the UK, Captain Amarinder Singh heads to Israel for an official visit before returning to India next week.