Top United Nations(UN) dignitaries applauded leaders all over the world, including the Kerala state Health Minister K.K. Shailaja, for effectively tackling Covid-19.
The recognition of the Kerala state minister's achievement was when the UN celebrated its  Public Service Day yesterday. 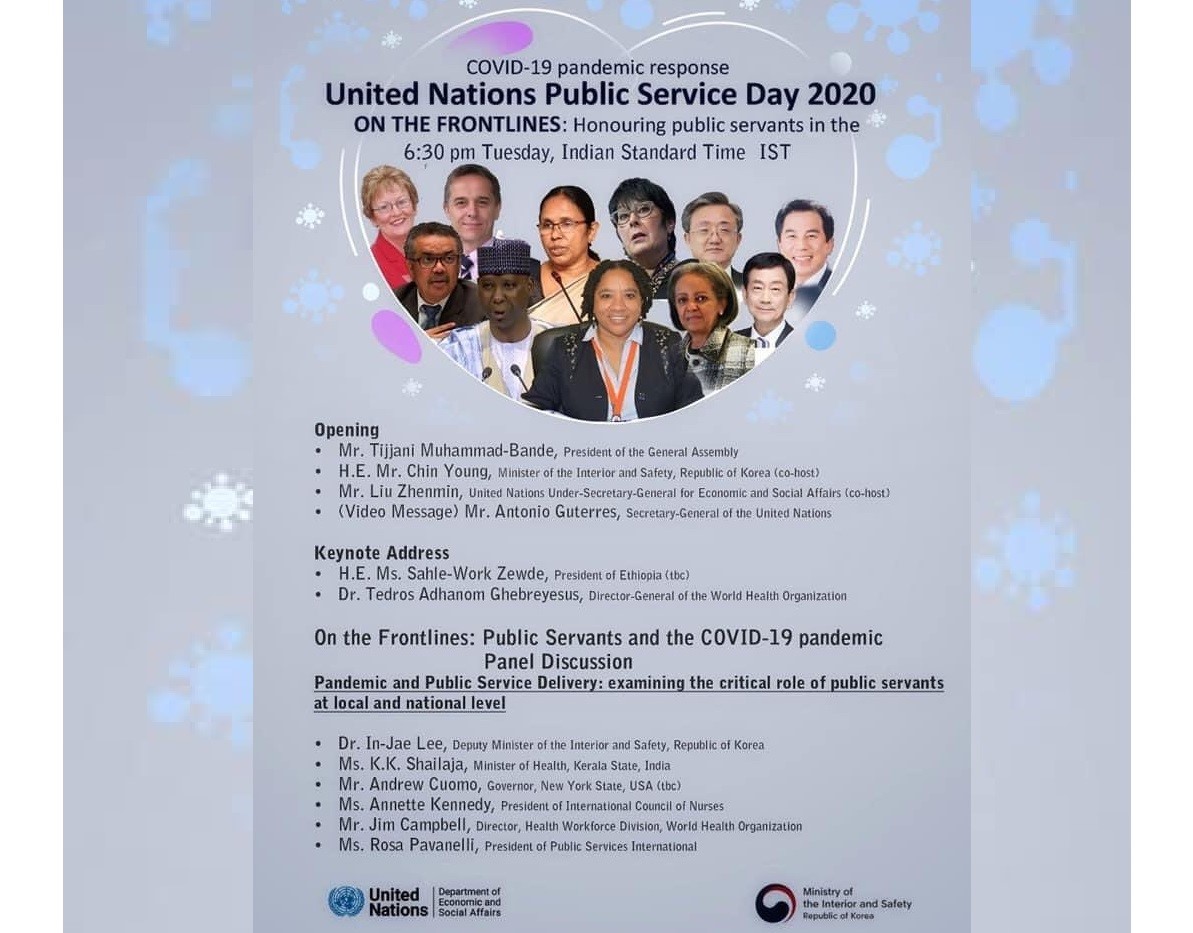 Originally planned to take place from 23-26 June in Busan, Republic of Korea, the UN Public Service Forum was postponed due to the COVID-19 pandemic.

In its place, an online event brought together public servants and leaders to discuss the importance of the continuation of public service provision during times of pandemic.

From health care & education to sanitation & transport — public servants keep our communities running & are on the frontlines of #COVID19 response.

I want to share my deep gratitude with public servants on the #COVID19 frontlines.

Many of them are working in dangerous conditions. Others have sadly lost their lives.

As we honour these essential workers, we must also commit to better protect & invest in their well-being. pic.twitter.com/mjJQxrCMy8

The only speaker from India on the occasion, Shailaja recounted the strategies adopted by the state. She noted that the experiences of tackling Nipah virus and two floods (2018 and 2019), where the health sector played a crucial role, all helped in tackling Covid-19 in a timely manner.

The moderator, executive director of Sefako  Makgatho Health Sciences University, Odette Ramsingh, hailed Shailaja for low mortality rates in the state due to early intervention and mentioned her as ‘Corona slayer’ - a moniker given to her by the media - when inviting her to speak. 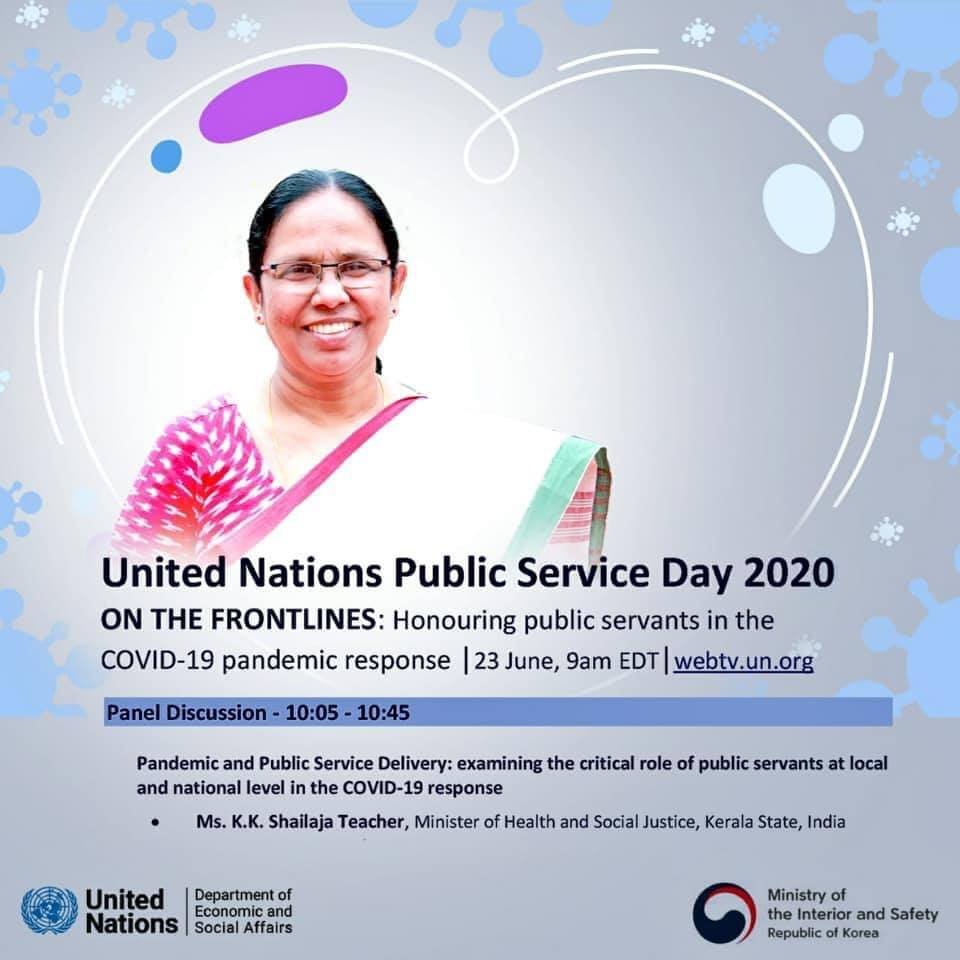 The only speaker from India on the occasion, Shailaja recounted the three-prong strategy of “Trace, Quarantine, Test, Isolate and Treat”, “Break the Chain” and “Reverse Quarantine” adopted by the state. Poster Courtesy: Twitter

Shailaja said that her focus was set on minimising the spread and mortality. The state managed to   contain local spread through a three-prong strategy of “Trace, Quarantine, Test, Isolate and Treat”, “Break the Chain” and “Reverse Quarantine”, she shared.

On 20 December 2002, the General Assembly adopted a resolution designating June 23 of every year as the United Nations Public Service Day. The prestigious UN Public Service Awards are given away on this day, to “celebrate the value and virtue of public service to the community”, to recognize the work of public servants, and encourage young people to pursue careers in the public sector.

"As we honour these essential workers & so many more, we must also reflect on how to better protect, recognize & invest in their well-being as we build back better, together."

The event included an orchestral piece performed by the UNSRC Symphony Orchestra and featured a video showcasing public servants in action developed from over 80 submissions received from public servants at national and local levels worldwide.