Lord Meghnad Desai explores the current geopolitical scenario in his latest book. The elevation of Narendra Modi and Donald Trump to top government positions in their respective countries, the significance of their rise and whether the old liberal world order has collapsed are among a bevy of issues the Indian-origin UK peer analyses in his new book. 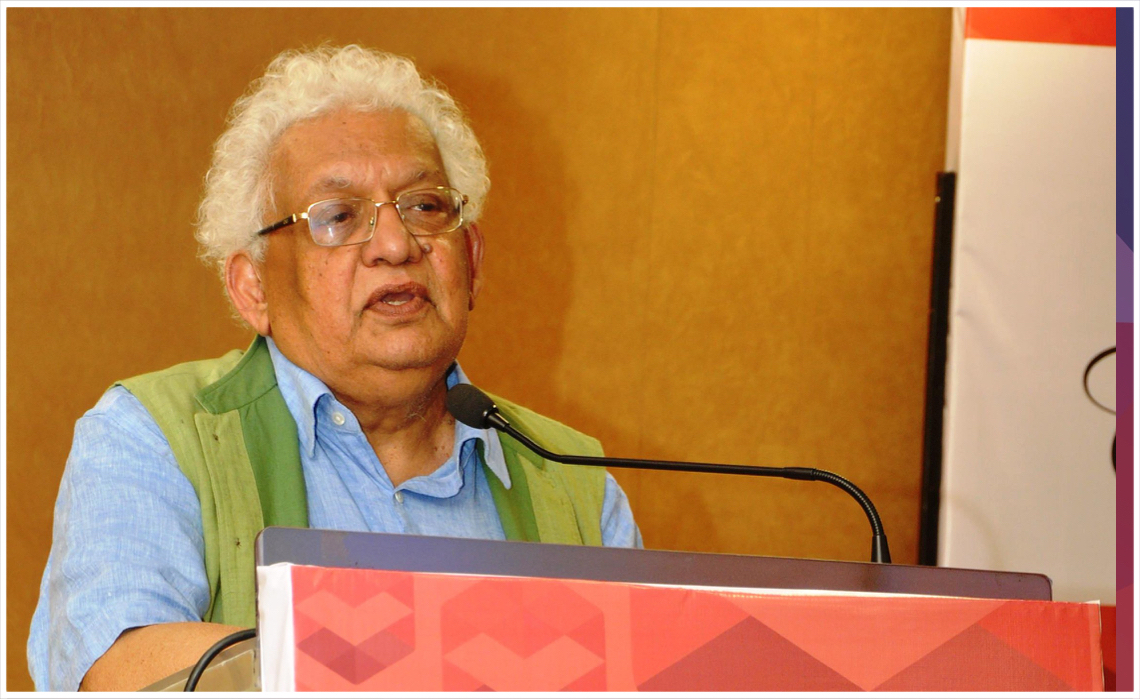 In Politic Shock: Trump, Modi, Brexit & the Prospect for Liberal Democracy, Desai makes a study of how Modi and Trump won the elections, PTI reported.

Desai, who sits as a Labour Peer in the UK's House of Lords, navigates the issues of populism and nationalism which he says now are cast as "undesirable" tendencies and adds it is "presumptuous" to cast either as an "unmitigated bad".

Talking about Modi, the author brings to fore his penchant for using social media "imaginatively" to attract youth, a "quality elusive to Congress leader Rahul Gandhi, then 40, who was pitted against the three-time Gujarat chief minister in the race for the prime minister's office".

"Modi won because he had a message which carried to the new voters who were children when the riots had taken place. They did not read newspapers but relied on social media. Modi had mastered the social media technology. He used Twitter imaginatively, made himself accessible online with a campaign team ever ready to respond to queries. This was the new technology of campaigning which the other parties were slow to replicate," Desai writes.

"Rahul Gandhi, the leader of the Congress party and the son, grandson and great-grandson of prime ministers, was younger than Modi but had no penchant for social media. Rather like (Hillary) Clinton, the Congress and Rahul Gandhi had a sense of entitlement. Power rightfully and due to historical primacy belonged to him. Modi was an interloper," says the book, published by Rupa.

While tracing Modi's journey from a small town in Gujarat to Delhi, Desai defines him as less of an outsider in political terms, but more in social terms as they are defined in India.

"The elite is upper caste, anglophone and anglicised. Modi speaks in Hindi, as his first choice, though he can speak in English and has mastered it much more since he became the prime minister and began to travel abroad extensively," Desai writes.

"He (Modi) became the prime minister at the same time as he became a member of Parliament (MP). Unlike previous prime ministers of India, he was not familiar with the Delhi political scene. He has shown a tremendous capacity for hard work and has been effective in consolidating the position of the BJP as a ruling party across the different regions of India in the three years as the prime minister," he adds.