UK voters to decide between May and Corbyn

The much-awaited United Kingdom polls started today amidst the cloud of recent terrorist attacks. The choice is between Prime Minister Theresa May and Opposition Leader Jeremy Corbyn and the result is expected to be rolling in within an hour or so after voting finishes at 10 pm BST. 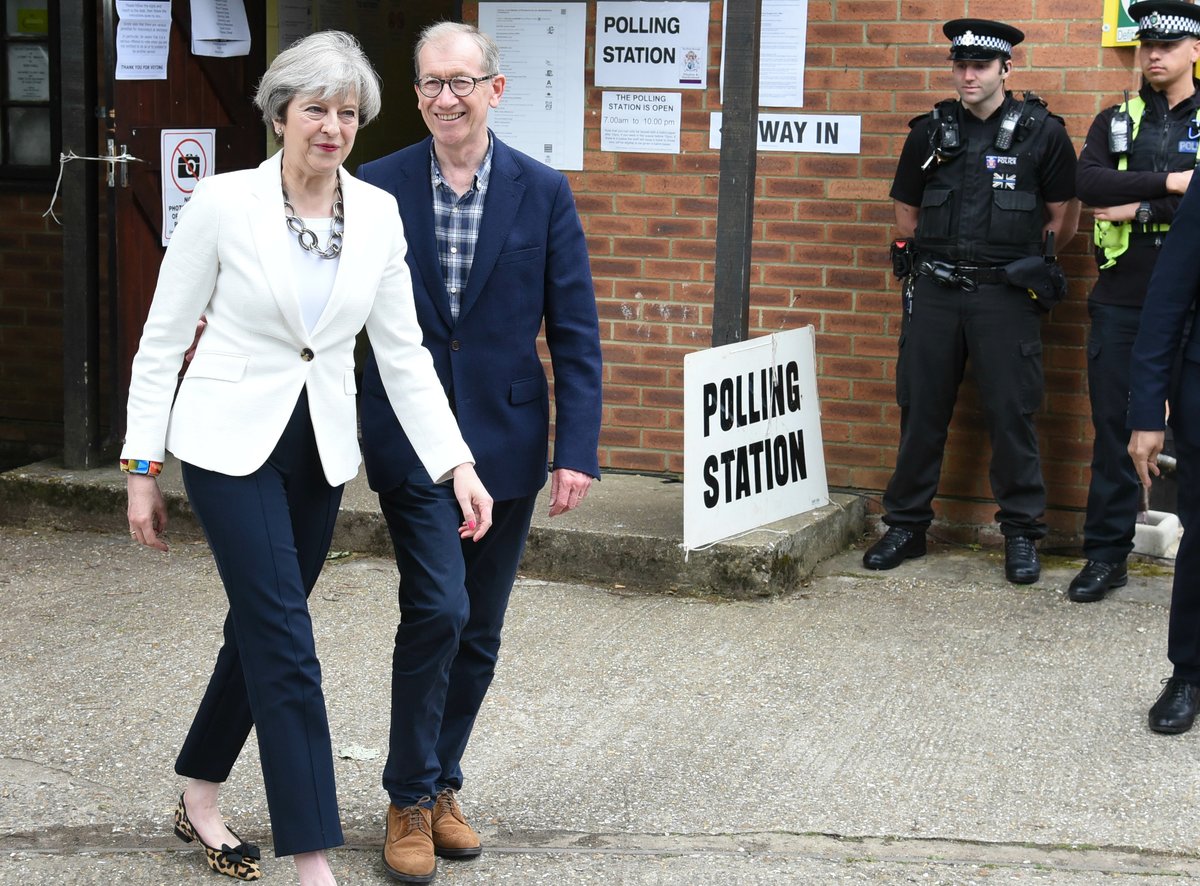 Theresa May and her husband Philip vote at their local polling station in Sonning, Berkshire. Photo courtesy: Twitter

The odds seem to be in favour of May holding on to her job as the British Prime Minister who called for snap polls 52 days ago. 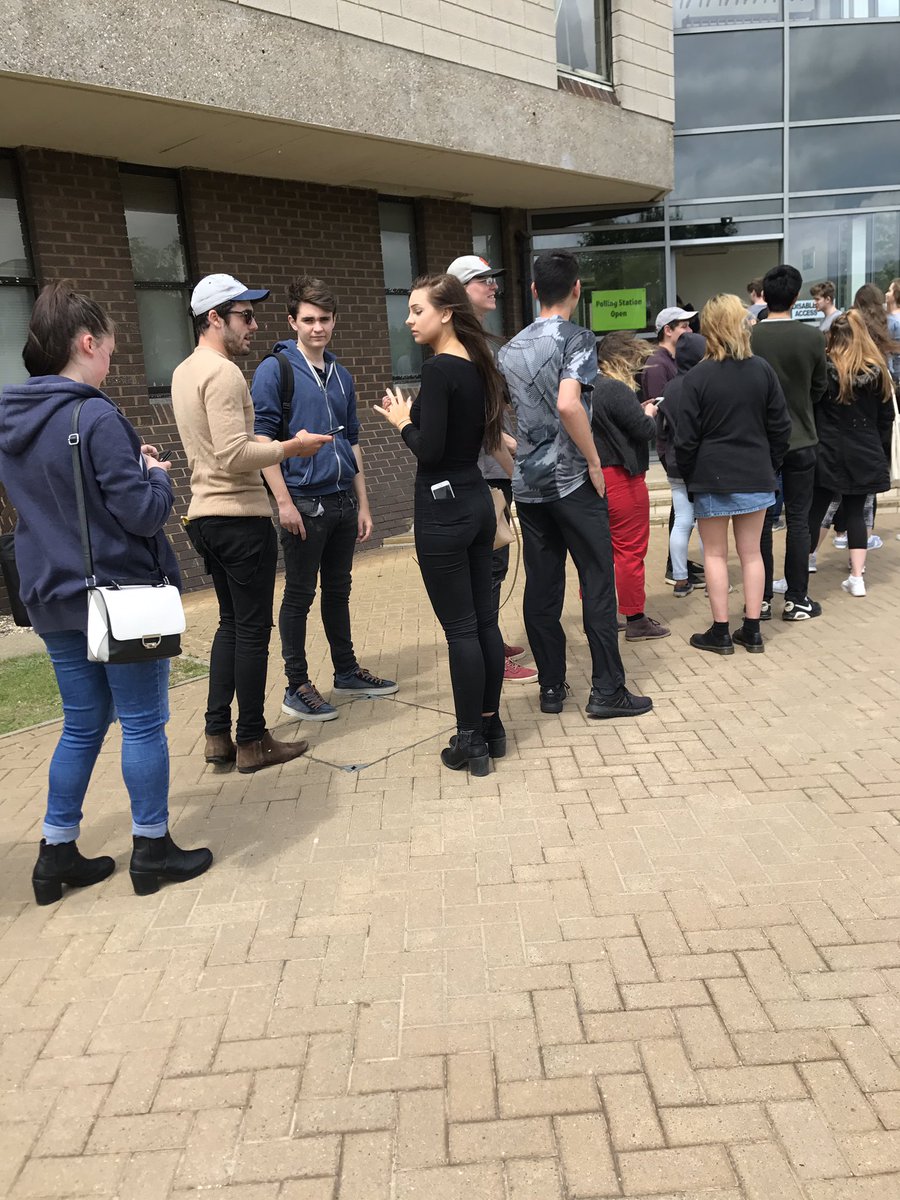 Some of the biggest polling station queues have been seen at Universities. Photo courtesy: Twitter

Some of the biggest polling station queues have been reported at universities. This may be a good sign for Labour as it is hoping for its plan to scrap tuition fees to boost the youth vote. Students were also seen queuing at the University of Kent, in the seat of Canterbury.

Police have increased security at polling stations, including patrols by armed officers in some areas, following the recent terror attacks.

Theresa May casted her vote along with her husband at their local polling station in Sonning, Berkshire.

She said little to reporters, remaining fairly tight-lipped as she has been throughout the campaign. She greeted the press only with a “hello”, according to Press Association (PA).

However, she tweeted, "Cast my vote with Philip and going to catch up with our campaign locally. Every vote counts..." appealing for voting for Conservative candidates.

Cast my vote with Philip and going to catch up with our campaign locally. Every vote counts - so please #VoteConservative in your area. pic.twitter.com/jpO6tD3OrT

However, Opposition leader Corbyn greeted reporters as he arrived at Pakeman primary school in Holloway, north London, to cast his vote, PA reports.

I will lead a government you can rely on. Labour will build a Britain that works #ForTheMany, not the few. #VoteLabour pic.twitter.com/HzBmTEjpcl

May, called the election three years earlier than scheduled ahead of what are expected to be tough negotiations with the European Union over Britain’s exit from the 28-member-bloc.

In the election, a total of 650 Westminster MPs will be elected, with about 46.9 million people registered to vote. This is up from the last general election, in 2015, when there were 46.4 million registered voters

The current election is taking place under the shadow of recent two terrorist attacks. Seven people were killed on June 3 when three men aboard a van ploughed into pedestrians on  London Bridge and went on a stabbing spree before being shot by police.

The second attack took place on May 22 when 22 people were killed and 116 injured in a suicide bombing at Manchester Arena.