West Bengal Chief Minister Mamata Banerjee called it a “victory of culture and heritage” after London’s Whitechapel tube station has put up a Bangla signage along with English. 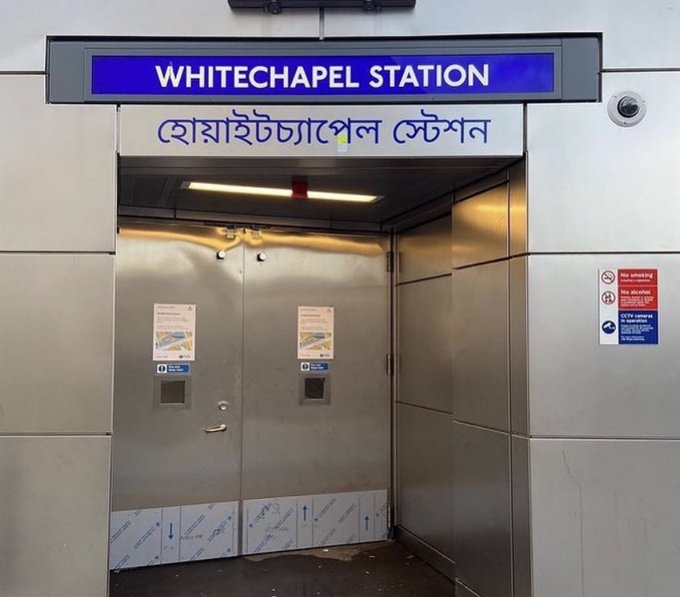 Banerjee added that the move underlined how the Bengali diaspora should work together in common cultural directions. Photo courtesy: Twitter/@Sadia_e

“Proud to note that the London Tube Rail has accepted Bengali as a language of signage at Whitechapel Station, signifying the increasing global importance and strength of the 1,000-year-old Bengali language,” the Trinamool Congress supremo said in a Tweet.

Banerjee added that the move underlined how the Bengali diaspora should work together in common cultural directions.

The signboards written in English and Bengali was undertaken by the London Borough of Tower Hamlets Council following a council and community-led campaign, according to a statement. Mayor of Tower Hamlets John Biggs also hailed the move. “Delighted to see bilingual signs now installed at Whitechapel station — in both English and Bangla,” he said in a tweet.

The Whitechapel area of London houses a number of Bengali expatriates from Bangladesh and India.