Commemorating the sacrifices made by Indian troops who fought in the World War 1, a 10-foot-high bronze statue of a Sikh soldier honouring the community’s “unmeasurable” contribution will be installed in the UK’s West Midlands to commemorate 100 years since the end of the conflict. 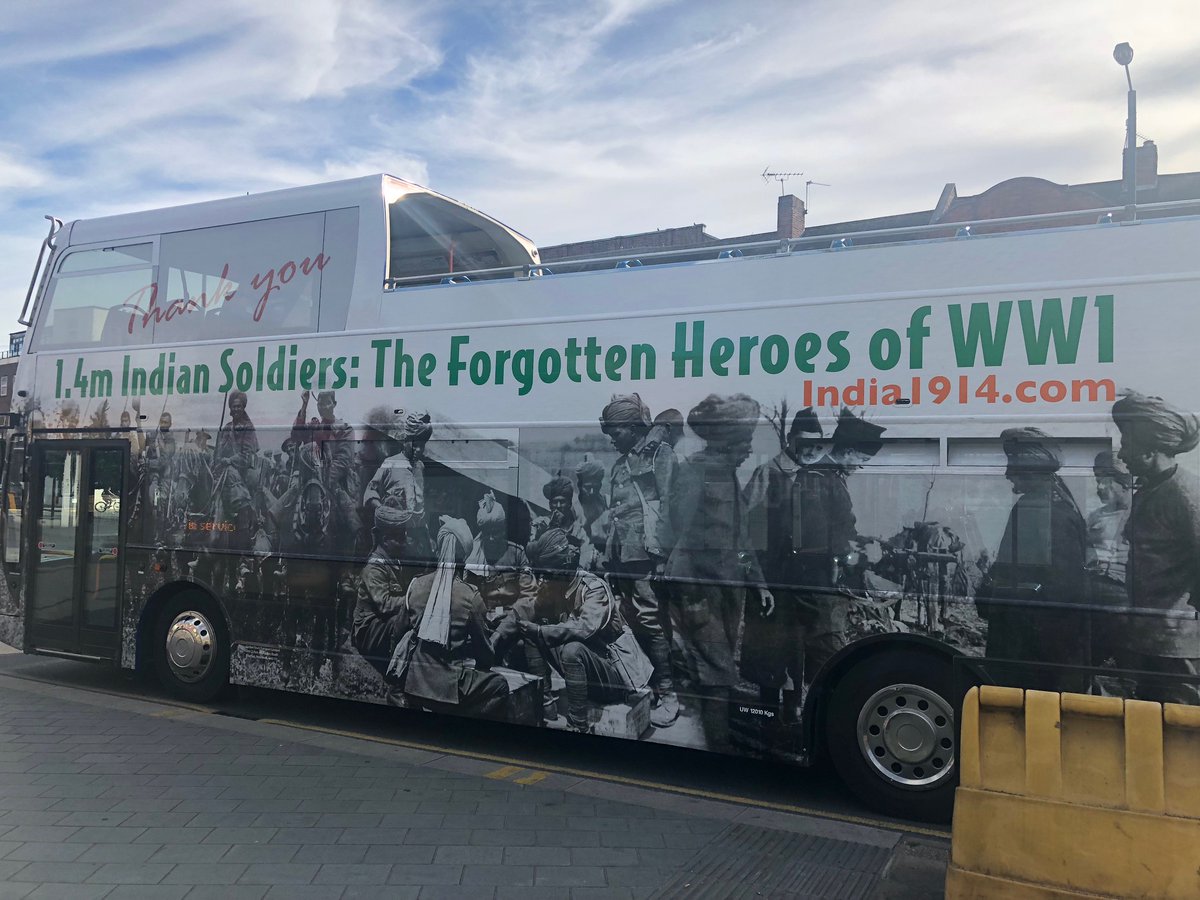 More than 83,000 turbaned Sikh soldiers gave their lives and more than 1,00,000 were injured during the two world wars. Photo courtesy: Twitter/@ShashiTharoor

The Lions of the Great War monument, which will be installed in November in Smethwick, West Midlands, will honour the South Asian service personnel who fought for Britain, BBC reported. Sandwell Council called it a “striking tribute” to the community. The statue, depicting a Sikh serviceman carrying a rifle, will stand on a 6ft granite plinth with inscriptions that name the regiments in which South Asian soldiers served. It will pay tribute to thousands of troops from India who fought and died for UK between 1914 and 1918.

More than 83,000 turbaned Sikh soldiers gave their lives and more than 100,000 were injured during the two world wars. President of the Guru Nanak Gurdwara in Smethwick, which is covering the cost of the statue, Jatinder Singh said: “These men volunteered to serve and fought to defend the freedoms we enjoy today. “The memorial will ensure that this part is never forgotten.”

Indian Congress MP Shashi Tharoor, who has repeatedly called for the sacrifices made by Indian soldiers during the world wars to be honoured by the UK government, took to Twitter to commend the UK’s recent efforts in this regard.

So pleased to receive these pix from an Indian in London. It's time the heroic sacrifices of Indians in two World Wars were gratefully acknowledged in the country they served (&helped save)! pic.twitter.com/zBFGowU3tV

The statute’s sculptor Luke Perry said he is “incredibly proud” of the work. “I am incredibly proud to be working on a sculpture that is, at its heart, a statement of gratitude for the actions of a people who gave their lives for our independence when they had not yet achieved their own,” Perry said. Sandwell Council leader Steve Eling, said, “I am very proud that Smethwick is paying such a striking tribute to the very important role played by South Asian service personnel during times of conflict.” The council said the statue will be installed in time for Armistice Day in November, the report said.

The National World War 1 Sikh Memorial statue at the National Memorial Arboretum in Staffordshire, which was unveiled in 2015, also commemorates the Sikh soldiers who took part in the war.

Sikhs made up 20 per cent of the British Indian Army in action, despite being just one per cent of the Indian population at the time, the World War 1 Sikh Memorial Fund said.