In another case of religious discrimination, a primary school in the UK has come under fire for banning an eight-year-old British Sikh pupil from wearing his ‘kara’ (silver bracelet) to school because it breaches the uniform policy. 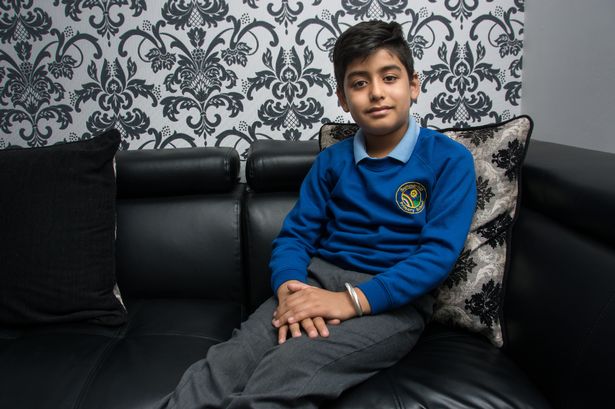 Kaiden Singh, who has worn his Sikh religious bangle since birth, was asked to remove it after he started at his new school, Summerhill Primary School in Tipton, in the West Midlands region last month, PTI reported.

His father, self-employed businessman Sunnie Singh, is fighting the ban on the grounds of discrimination.

“I was totally gobsmacked and completely shocked. It is a religious symbol and a religious principle. We wear it for religious reasons, it's not to give a statement or for fashion,” Singh said.

The 30-year-old said he has told his son to refuse to remove his ‘kara’ as it does not qualify as "jewellery", which is not allowed under the school's uniform policy.

"The school have threatened my son and said he'll be excluded if he continues to wear his bangle. They shouldn't do that to a child. They're trying to class it as jewellery but it's not, it means a thousand words to us. It's racist and in my mind discrimination," he said.

The family is currently taking up the matter through the school's official complaints procedure.

Meanwhile, Sikh Federation UK has highlighted a similar case dating back to 2008 as a precedent for the school to follow.

"In 2008, we helped a 14-year-old Sikh girl win her case in the High Court against a South Wales school for her right to wear the ‘kara’ to school. We suggest the school headteacher and governors urgently reverse their decision as legal advice will confirm eight-year-old Kaiden Singh has the legal right to wear his ‘kara’ to school," it said in a statement, warning against an expensive court case if the matter lands in court.

But Summerhill Primary School has claimed that it has offered to discuss the matter with the parents.

Headteacher Kerry Rochester said, “Our school uniform policy does state no jewellery, only ear studs if a child has pierced ears. All parents are made aware of this when they send their children to our school.

"And, as with all parents, Kaiden's mum and dad signed the school's agreement form accepting our policies when he started in September. We are a bit taken aback by this because we do consider religious items and we had arranged to meet Kaiden's parents on Wednesday to discuss the matter with them.”

The kara is part of the five key symbols of the Sikh faith, which also include kesh, kanga, kachha and kirpan.