British police have charged 10 suspected Indian-origin members of an organised crime group believed to have flown an estimated GBP 15.5 million out of the United Kingdom to Dubai.

The nine men and one woman were arrested last week as part of a National Crime Agency (NCA) investigation into a conspiracy to launder millions of pounds of money made through drug trafficking and organised immigration crime. 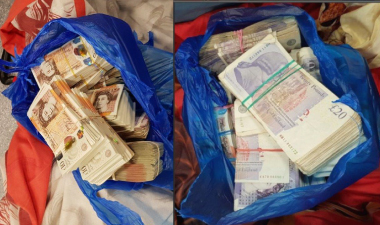 The NCA investigation was supported by the Dubai Police, Border Force and the Metropolitan Police Service.

“We believe that the action we and our partners have taken will have caused permanent damage to a well-established money laundering network. We are determined to do all we can to target illicit financial flows and hit organised criminal networks where it hurts – in the pocket,” Chris Hill, NCA senior investigating officer, said.