The 2019 UK-India Week got off to a running start with the UK Parliament celebrating the first-ever India Day. The event was marked by speeches, round table interactions and the release of the list of the 100 Most Influential women in UK-India Relations. 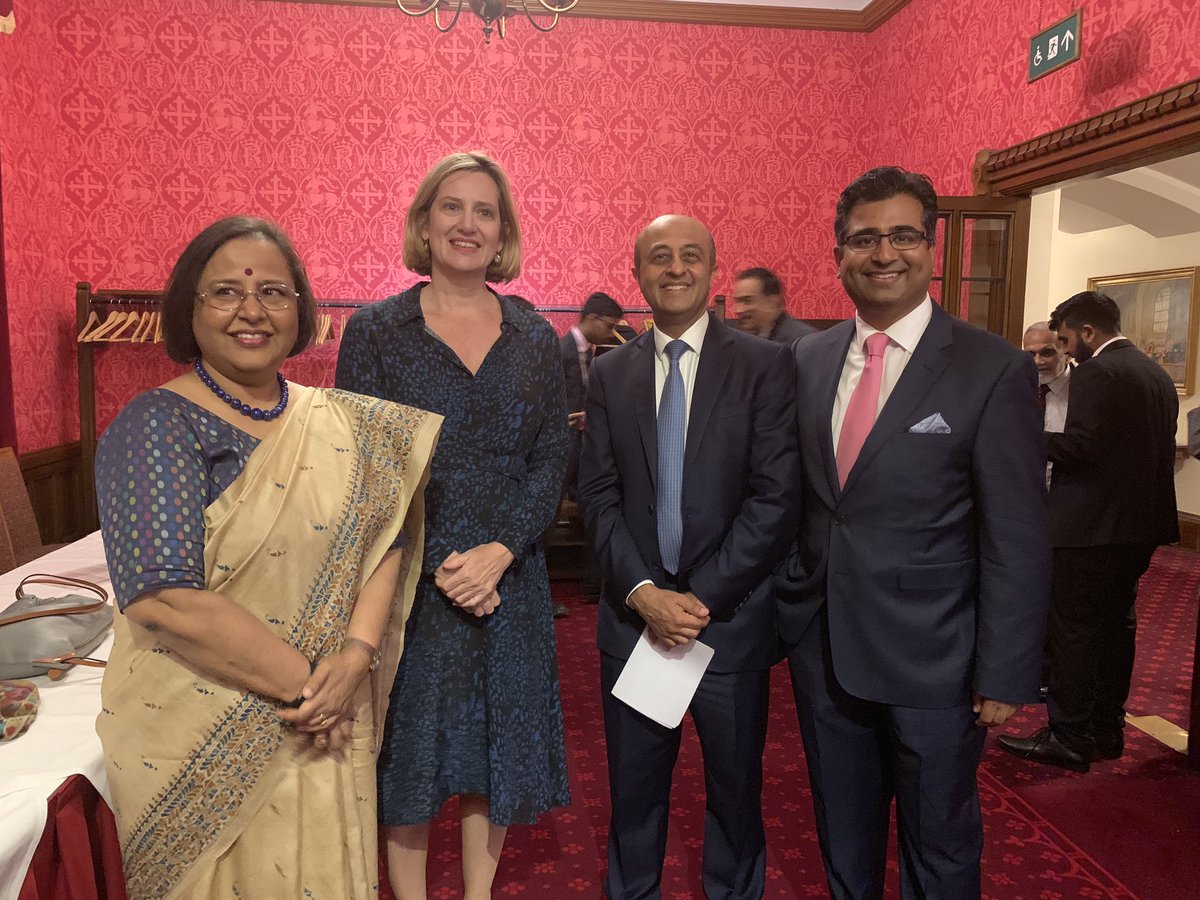 "The UK's relationship with India is a litmus test for anyone who advocates a brighter future for the UK outside the European Union (EU),” said Lord Jitesh Gadhia, an Indian-origin peer, in his opening speech.

The first-ever India Day was hosted by the Indian High Commissioner to the UK Ruchi Ghanashyam and Lord Gadhia and included a speech by the guest of honour, senior Conservative Party MP and minister in the UK Cabinet, Amber Rudd. 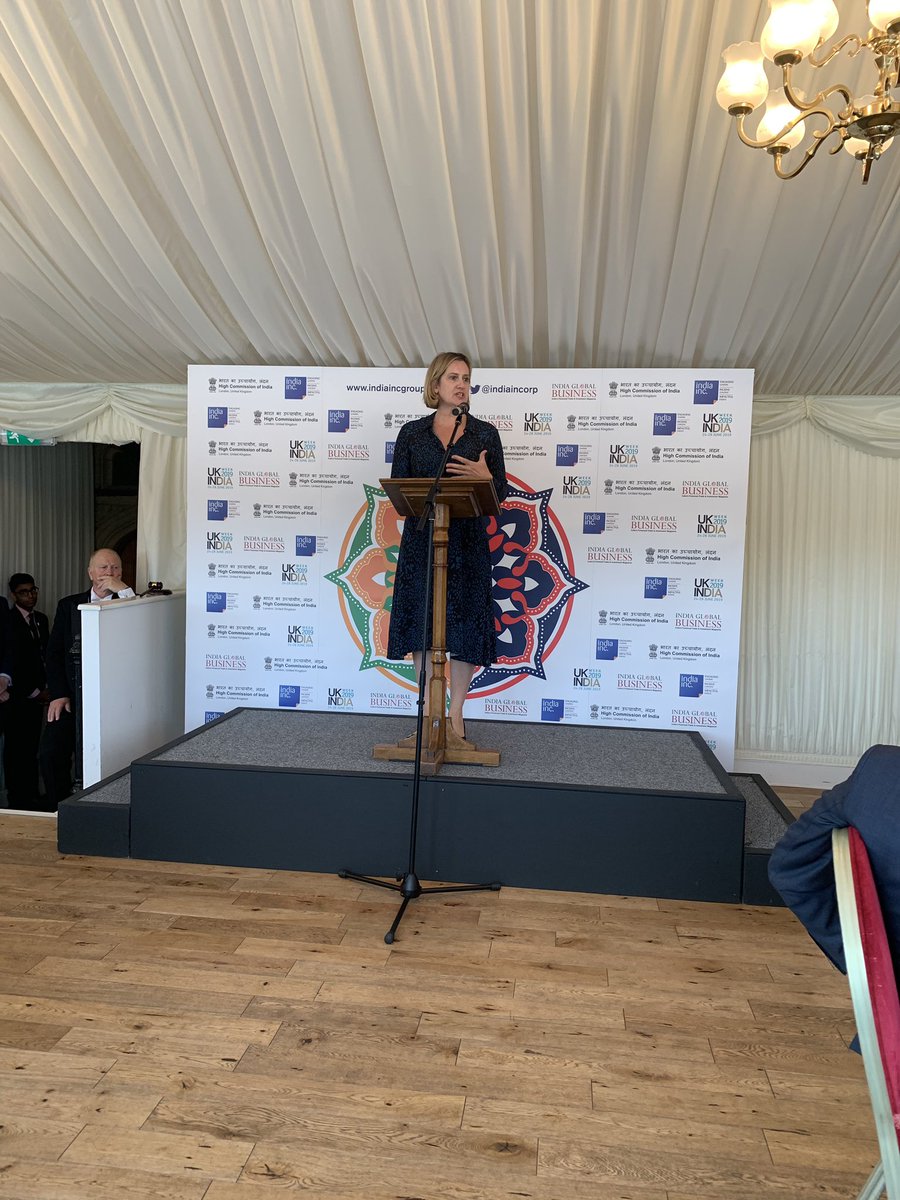 "There is a need to be ambitious from the UK's side, but one thing is certain that Britain is a steadfast friend of India and vice versa,” said Rudd, who is the UK Secretary of state for work and pensions.

The @UKLabour Roundtable in progress @ India Day at the UK Parliament. Some pertinent topics and discussions in progress from foreign policy to soft power. #UKIndiaWeek19 pic.twitter.com/6VfXpxz5iZ

The Indian high commissioner emphasised that the ongoing UK-India Week was indicative of the passion in the UK for a relationship with India.

“Recent FDI figures are proof that the interest of Indian businesses remains strong. Brexit or no Brexit, there is a confidence in the UK as a place to do business," said Ghanashyam. 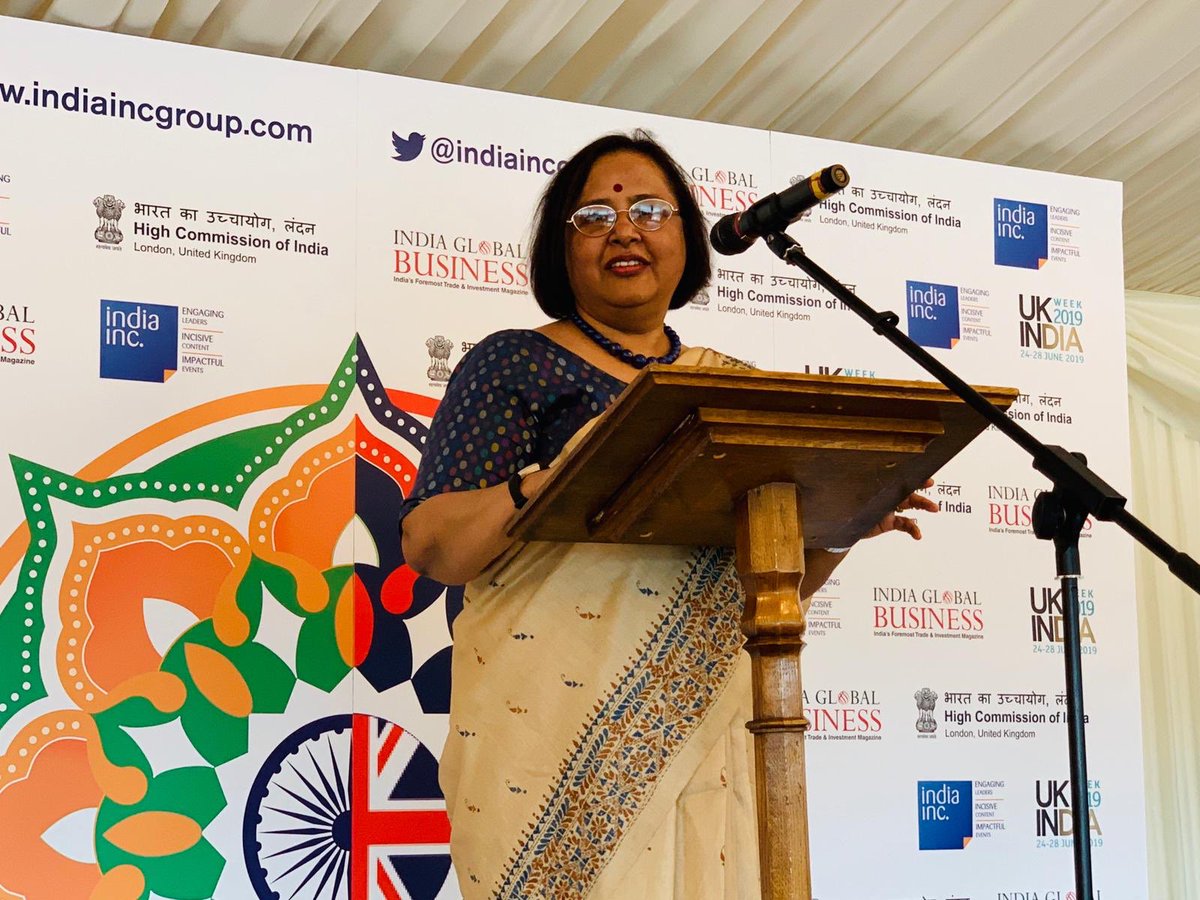 Indian high commissioner to the UK Ruchi Ghanashyam emphasised that the ongoing UK-India Week was indicative of the passion in the UK for a relationship with India. Photo courtesy: Twitter/@indiaincorp

The day wrapped up with the release of the third 100 Most Influential in UK-India Relations List, which comprised entirely of women this year. Indian Finance Minister Nirmala Sitharaman, HE Ghanashyam, UK Secretary of State for Defence Penny Mordaunt, NASSCOM president Debjani Ghosh and filmmaker Gurinder Chaddha were among prominent women from both nations featured in the list.

What a fantastic way to wrap up the Launch of 100 Most Influential in UK India Relations! Huge congratulations to all the incredible ladies on the list!
Find the complete list here: https://t.co/aibBb0GKb6 #UKIndiaWeek19 #BetterForBalance pic.twitter.com/UvNP6hCtkV

‘These findings come at a crucial point in UK-India relations to warn against complacency and reliance on historic ties.’ Our Founder and CEO @manojladwa on the FAC Report that was launched today to coincide with the Launch of #UKIndiaWeek19 pic.twitter.com/sskINbFlNG

Earlier in the day, the House of Commons' influential Foreign Affairs Committee (FAC) had released its Global Britain and India inquiry report to mark India Day and flagged "missed opportunities" in the bilateral relationship.

"I will certainly be pressing the new Prime Minister to ensure the findings of the report are implemented to redefine and reawaken UK-India ties, especially now when the UK is at a crossroads as it prepares to leave the EU," said FAC Chair Tom Tugendhat, the Conservative Party MP who led the inquiry.

‘We are calling for the government to look again at the relationship between governments. We are soon to have a new PM in the UK & a recently returned PM in India. The time has come to reawaken this relationship.’ The FAC chair @TomTugendhat takes the stage @ #UkIndiaWeek19 pic.twitter.com/BUYuC7grsK

UK-India Week will involve a series of events to explore investment opportunities between the two countries, including a Leadership Summit in Buckinghamshire in south-east England between today and Thursday and concluding with the UK-India Awards on Friday.